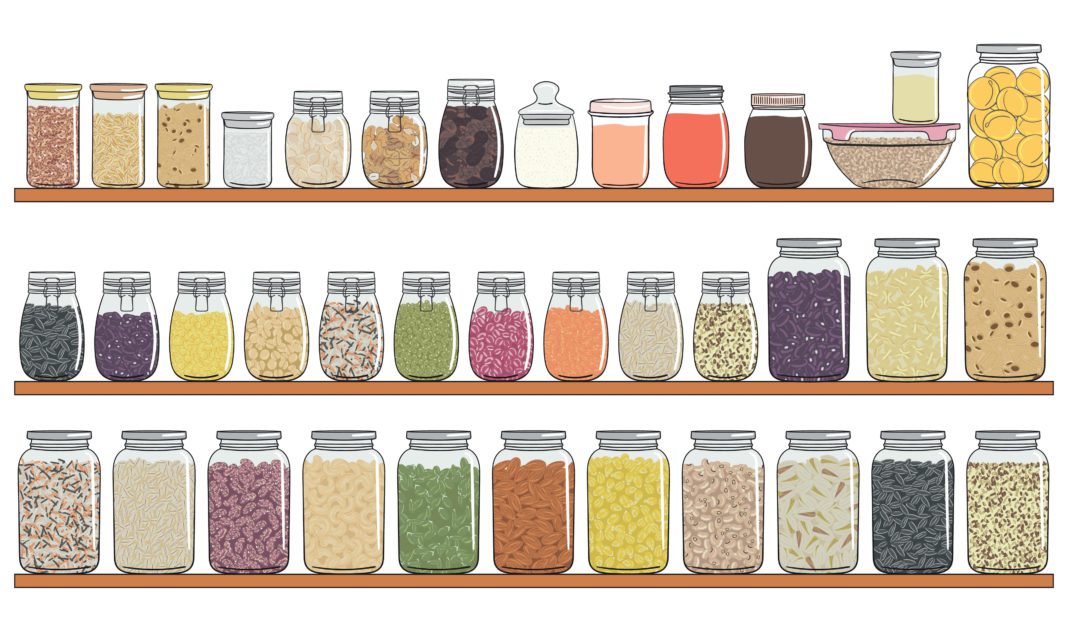 It’s been a hard year for everyone, and once in a while, it’s okay to splurge on vegan luxury and treat yourself with pricier products.

Yeah, yeah. This is playing into the “veganism is expensive” trope, a literal antithesis of the argument vegans make about the cost of their lifestyle.

But that’s missing the point. Any lifestyle can be expensive if you decide for it to be. If you’re a meat-eater, you can ditch supermarket own-brand products for the so-called ethical butcher shop. Or you can swap the shredded Cheddar for a block of truffle pecorino if you’re a big-on-cheese vegetarian.

Let me preface this by saying: veganism isn’t expensive. Or at least it doesn’t have to be. Whole foods, in particular, are always wallet-friendly; it’s the plant-based alternatives to meat and dairy that really amp up the grocery bills. But it all depends on how you choose to lead your lifestyle.

With that out of the way, here are a few vegan pantry staples that you can swap for more luxurious alternatives and treat yourself right. 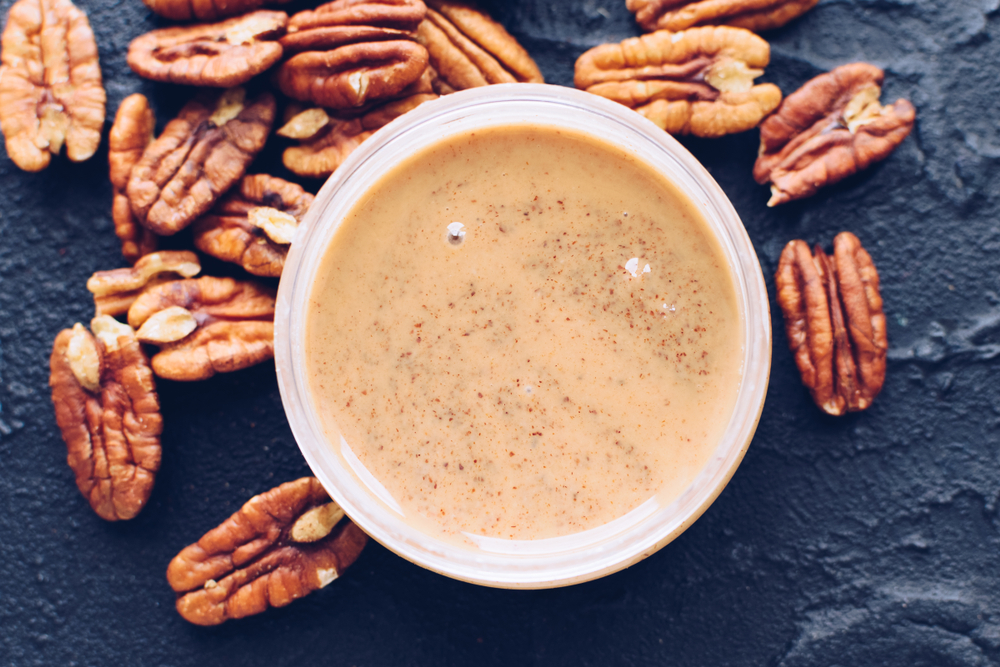 Peanut butter is the predominant and original nut butter. And it’s glorious. Roasted, unroasted, crunchy, smooth, everything works. The global peanut butter market was valued at $3.4 billion in 2020. It’s everywhere.

If you’re vegan, nut butters are a pantry basic and peanut butter is something you’re likely to have in your kitchen. But have you tried pecan butter?

You guys, it’s so good. Pecans are a luxury nut, of course, but their delightful crunchiness and rugged exterior make them texturally complex. And it’s a proven fact that roasting makes everything more delicious; so when you roast pecans, the nut butter that comes out will steal your heart.

It’s a wonderful upgrade to your PB&J — the abbreviation doesn’t even have to change. Add it to some vegan butter and it will brown with a deep, nutty flavour. And it’s also just a great base for noodle dishes. Oh, and, pecan butter fingers? Yes.

Meridian has a 170g pecan butter for £6.99. But there are quite a few local, artisanal and luxury brands that offer it too. You can also make it at home if you don’t have access to pecan butter. Just toast them for 10 to 12 minutes (pecans don’t need more), add them to a food processor and whizz away. I don’t know why, but pecan butter comes together quicker than most.

Read our Ultimate Showdown of the UK’s best peanut butters.

Speaking of pricey nuts that break the bank, let’s talk about macadamias, which are basically white edible gold. Seriously, this nut from down under is the most expensive in the world.

Cashews appear in most vegan kitchens. They’re a great base for vegan cheeses, spreads and pasta sauces, and cashew butter can be whatever you want it to be. They’re ubiquitous and relatively cheap.

Macadamias have a rich, buttery texture and flavour; they’re not brittle, they’re smooth. It’s like biting into a pillow with a crunchy cover (which is ironic because, in their shell, macadamias are the hardest nuts in the world). And they make absolutely everything taste better.

Try adding macadamias to your vegan cookies and brownies. You’ve heard of vegan cacio e pepe made with cashews, but you haven’t really lived until you’ve made it with macadamias. And macadamia cream cheese is where all your dreams come true.

You can find macadamia nuts in larger supermarkets and most zero-waste stores. You can also, of course, get them in nut butter form from a variety of places (Nutural World is one of the best, at £9.40 for 170g). And I’ve already talked about my love for macadamia milk a bunch of times — long story short, it’s like melted vanilla ice cream.

For the past few weeks, I’ve been working on a story about the best plant-based barista milks, and how they fare against each other. Now, Oatly is the most popular alt-milk on the planet right now, with a value of an eye-popping $10 billion. But the thing is, it isn’t the best barista milk out there. Don’t get me wrong: it’s fucking brilliant. But Oatly has a very distinctive flavour and it can overpower the coffee.

When I used to work as a barista at Ozone Coffee Roasters, we used Minor Figures and Happy Happy Soy Boy as our oat and soy milks, respectively. I loved Minor Figures, but didn’t fancy the soy milk too much. It always split and looked weird.

That is, until now. Maybe it was the coffee or temperature or the steam wand, but at home, Happy Happy Soy Boy makes me very happy. It steams like a dream and, as someone who loves the taste of cow’s milk, this soy milk tastes strikingly similar to conventional dairy.

It doesn’t taste off like most store-bought soy milk. Nor does it have beany undertones that homemade ones sometimes have. The fact that Happy Happy Soy Boy only has soybeans, water, brown sugar, sea salt and calcium carbonate (an acidity regulator) explains why it tastes so neutral and natural.

This brand has pleasantly surprised me, especially after having worked with it for months in a busy cafe environment and being disappointed by it. It’s the king of soy milks, sure, but it’s also one of the best plant-based milks for home baristas out there.

The reason it’s on this list is that it’s currently quite hard to get hold of in the UK. It’s available in many specialty coffee shops, and a few sell them on their retail shelves, but you can’t find it in a supermarket yet. If you want to get a hand on this, contact the brand to find out where you can find it closest to you.

Read our Ultimate Showdown of the UK’s best oat milks. 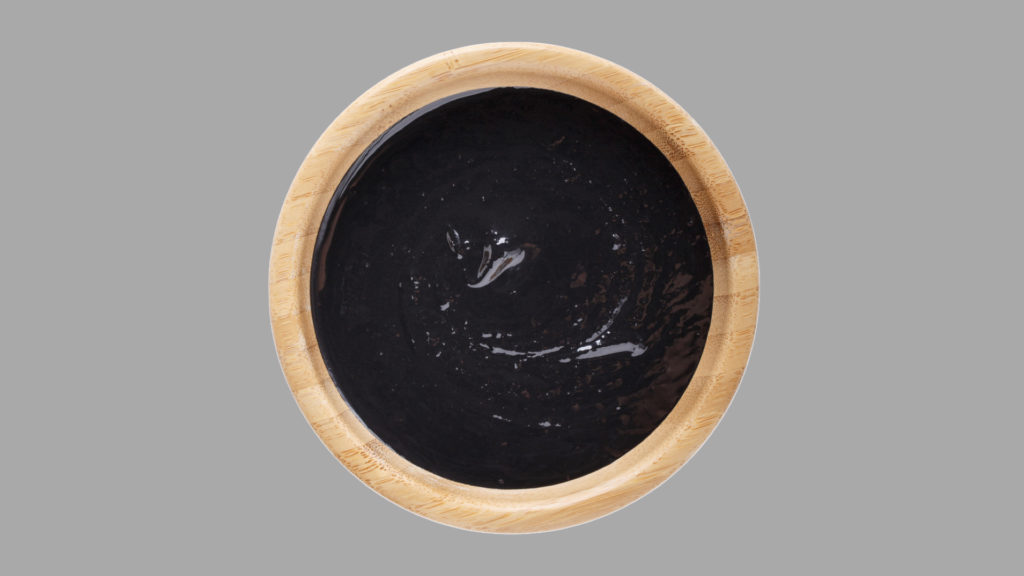 Good tahini is the difference between heavenly and off-tasting hummus. Tahini-lemon dressings are a wonder. And sesame halva, made from tahini, is a thing of beauty.

One of the most common Middle Eastern ingredients, tahini is, essentially, sesame butter, made from toasted and ground hulled sesame seeds. There are supermarket own-brand tahini pastes and specialty tahini pastes, and they’re very easily available.

Black sesame seeds are thought to be fancier. They certainly have a more lavish appearance. But if you haven’t tried black tahini yet, you’re missing out.

It’s darker and toastier with a touch of sourness that’s very pleasant. It’s made from unhulled sesame seeds, which is why they’re black. Black tahini goes with everything. And I know that for a fact. I once challenged someone to add it in their cereal when they claimed this. To my surprise and displeasure (and pleasure), it tasted delicious.

And black hummus? Extraordinary and unique. It’s like no hummus you’ve ever tasted before. And it looks so cool.

Everything looks extra cool when it’s black, and black tahini is rich and leaves a mark everywhere you use it. It doesn’t stain, but you can be sure your spoon, bowl and mouth will all need a good wash. And I promise you, it’s worth it.

You can find black tahini online with some specialty retailers. One of my favourite ones, Sesame Kingdom, has a retail store in Greenwich, and it sells its luxurious black tahini for £10 for a 330g jar.

Look, Violife is great, okay? I’m not bashing any vegan brands here, everyone’s doing their part and it’s all wonderful.

I’ll be the first to admit that Violife is what helped me get rid of my cheese withdrawal symptoms when I went vegan. It’s omnipresent and relatively cheap, and the variety on offer is staggering.

But when it comes to good, melty mozzarella, vegan or not, shredded or grated can never top a fresh ball of mozzarella. There’s just no comparison. The latter is objectively better. And even more so when it’s plant-based.

Vegan cheese, particularly vegan mozzarella, doesn’t melt as well or quickly as you’d like. It’s hard to get right, and if you leave it in the oven for too long, it’ll start separating and resemble split milk. Pre-grated or grated-from-a-black vegan mozzarella amplifies that problem — it just doesn’t do the trick.

Enter MozzaRisella. The best vegan mozzarella recipes you’ll find use some form of rice. That’s because rice provides the stretchiness and thick texture that’s required in a good mozzarella pearl.

MozzaRisella takes it one step further, using germinated brown rice. Italy is home to the brand, so it knows what it’s doing. Its mozzarella comes in an elongated, cylindrical shape, which you can slice for an incredible Caprese salad or the best vegan Margherita you’ll ever make.

It melts like buffalo mozzarella and no, it doesn’t taste like rice and it doesn’t stick to your mouth the way many vegan mozzarellas do. If you’ve ever had a vegan pizza at Pizza Express or Zizzi, this is what they use.

MozzaRisella makes classic and smoked versions of vegan mozzarella. But it has also expanded to make plant-based alternatives to blue cheese, cheddar, ready meals and pesto. You can buy it in health stores or online for £4.50 for the 200g option.

Anay Mridul
Anay is journalism graduate from City, University of London, he was a barista for three years, and never shuts up about coffee. He's passionate about coffee, plant-based milk, cooking, eating, veganism, writing about all that, profiling people, and the Oxford Comma. Originally from India, he went vegan in 2020, after attempting (and failing) Veganuary. He believes being environmentally conscious is a basic responsibility, and veganism is the best thing you can do to battle climate change. He gets lost at Whole Foods sometimes.
Previous articlePlant-based meat brand Heura on its equity crowdfunding campaign
Next articleAsda wins Free From Retailer of the Year award