5 Vegan Charities You Can Help From Home 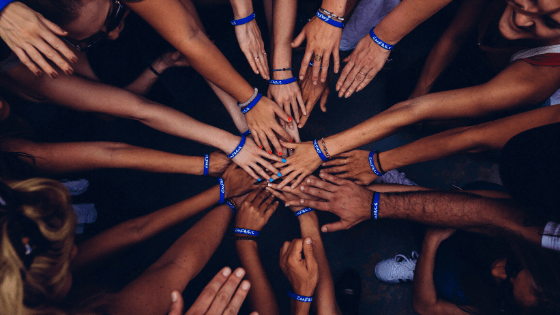 Many are feeling quite helpless right now, and even more are desperate to get involved with something good while stuck at home for the next few weeks.

One way to do good, for example, donating to Vegan Charities, has been a long-standing option, some starting as early as 1944 and while veganism has been growing, so have the number of vegan charities. There are many different charities that are available and provide different options while donating – some offer monthly subscriptions, newsletters, recipes in return for your donation. While there are these diverse charities you can donate to, we have compiled five great charities that are definitely worth considering.

Veganuary is a non-profit organisation and has a vision of “a vegan world”. They promote veganism worldwide through their well-known ‘Veganuary’ during the month of January where they encourage people to stick to a vegan diet. This charity is driven by the aim of increasing participation and seem to be successfully doing this as during this year’s 2020 campaign, over 400,000 people attempted a vegan diet in January. Veganuary also work with brands to promote vegan items for their menus – they are behind some of the new raved products like the KFC Vegan Burger. Those wishing to be a part of this cause can donate on their website which goes towards advertising and reaching new audiences.

Since their launch, TheVeganKind have been focused on giving back to “the community and help those who dedicate their lives to saving animals” and they do this by donating some of their sales from their Lifestyle box – their subscription box – to different animal charities. Those wishing to donate can simply do so by signing up for their monthly subscription and while consumers enjoy trying new vegan products through their boxes, they are also donating to different animal charities and organisations monthly, benefitting both themselves and vegan organisations.

Animal Free Research has a “vision to create a world where human diseases are cured faster without animal suffering” by freeing animals from laboratories – in the 2018, in the UK alone, 3.5 million experiments were conducted on animals. Those wishing to donate will contribute to saving animals and helping “develop better treatments for devastating diseases such as cancer, diabetes and heart disease”. Their donations also have flexible options; you can choose from making a single donation, a regular donation or even leaving a legacy. Animal Free Research also awards grants to scientists at Universities, hospitals and have awarded grants to over 250 research projects so far.

Since being founded in 1977, Animal Aid are one of the longest established animal rights groups and uses peaceful means to protest animal cruelty. Their long-term vision is a world “free from animal abuse and exploitation” and they do this by doing things like carrying out undercover investigations at farms and sending out resources to people to expose animal suffering. One of their notable achievements in 2019 is that they successfully convinced the Scottish government to having mandatory CCTV in slaughterhouses. Animal Aid say they are “entirely dependent upon people’s generosity” in order to continue their protest to end animal suffering and those wishing to help their mission can donate can either donate once or sign up for a monthly donation plan on their website.

Founder of Viva, Juliet Gellatley says, “The most powerful action you can take to end animal suffering, protect the environment and improve your health is to go vegan” and thus, Viva! Campaigns for a vegan world by organising imaginative campaigns to bring awareness to the public about what is happening in their area. Their current campaigns involve raising awareness for the slaughter of chickens and the cycle of lactation of cows. Viva! Also run ’30 Day Vegan’ where they inspire those who want to try a vegan lifestyle. With free daily emails containing vegan recipes, meal plans and nutrition, Viva! makes it much easier for those trying a vegan diet by providing all the crucial information needed when changing your diet. Those wishing to donate can do so through their website either through a one-off payment or monthly in order to assist Viva! in carrying out their aims in standing up for animals.

Gozde Elidemir
Gözde picked up Journalism as a hobby but after realising how much she learns through Journalism, she has taken up more opportunities. She is currently a Journalist at Lawbore as well as The Vegan Review and enjoys how these two very different topics take her to two different parts of the same world. While she enjoys having a busy schedule, she balances this well with some down time - aside from work, Gözde enjoys delving into video games and new beauty and self-care findings.
Previous articleVegan Under Lockdown: The Coronavirus Challenge In Italy
Next articleThe History Of Veganism: Know Your Roots