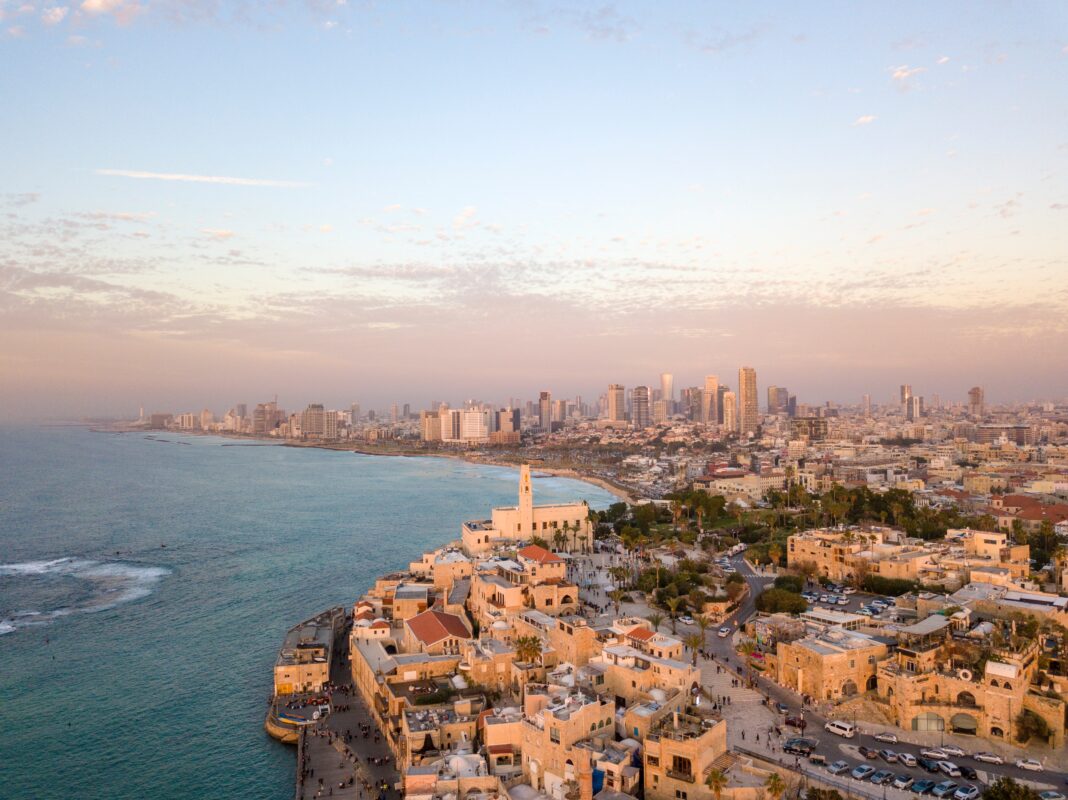 Vegan travellers! Before you step on a plane, make sure that your chosen destinations can cater for your specific dietary needs. For this guide, the following key factors have taken into consideration:

With this in mind, here are the top seven destinations (although there are many more) that every vegan traveller should plan to visit in their lifetime.

Israel is, by official estimations, the country with the second largest vegan population per capita (between 5% and 8% are vegans), which is not to be underestimated. Their typical diet consists of nutrient-rich foods like hummus, pita bread and sambusek falafel.

Israel — in particular, Tel Aviv — has been named the world capital of veganism by the likes of CNN and The Daily Meal. Unsurprising as they host the Annual Vegan Congress, organise the famous Vegan Fest, which is the largest in the world, and embrace a culinary culture linked to animal-free products, offering tours to several vegan places throughout the city.

With more than 25 exclusively vegan restaurants in Tel Aviv alone, including such renowned places as Sultuna, Anastasia Cafe and Zakaim, vegan travellers can enjoy a mixed oriental cuisine with a vegan-friendly atmosphere.

90% of the restaurants and street food stands sell vegetarian/vegan options, in one of the most populated cities in the world.

New York is the perfect place for travellers looking for adventures at any time of the day, that is why it is nicknamed “the city that never sleeps”. Currently, there are more than 60 exclusively vegan restaurants, some ice cream parlours and clothing stores with “cruelty free” products, and there are some very well-known places like the Blossom supermarket chain or Avant Garden.

There are so many of them that it is impossible to name any of the outstanding places: Erin McKenna’s, Moo Shoes, Hangawi and Hangawi, Franchia Vegan Cafe and so on.

As if that wasn’t enough, it’s also home to the Vegandale Food Drink Festival, which changes locations between NYC, Chicago, Toronto, L.A. and Austin every year, but has been warmly received by tourists.

In Germany, 1% of the population is openly vegan, and as far as the capital is concerned, it is the city with the greatest acceptance and variety of “cruelty free” alternatives all over Europe, reflected in more than 300 food places, cafés and supermarket chains.

Especially in Berlin’s downtown area, the healthy lifestyle is widely spread by a community aware of the effect it has on the planet. From pizzas, kebabs, ice cream and vegetable-based sweets, to organic products, clothing stores and other outlets with the word “vegan” very clear.

Atayacaffe is the city’s most famous vegan restaurant/coffee shop, with a warm themed interior and a beautiful terrace, recognised as the first choice for tourists for its gastronomic variety, mixing local cuisine with Italian and African roots.

In addition, every August the city celebrates the Veganes Sommerfest Berlin, a festival around veganism where travellers from Europe and the world enjoy music, food and fashion related to movement.

Taiwan’s capital is the prospective city of veganism in Asia, thanks to the predominance of Buddhist culture and animal respect values, with vegetarianism being more often adopted due to local gastronomic variety.

Not in vain did the PETA organisation nickname Taipei “Asia’s Most Vegan-Friendly City” in 2016. In fact, about 13% of the country’s total population does not eat animal meat, and there are several restaurants in Taipei that offer vegan versions of traditional Asian dishes, such as hot pot, sushi, dumplings or ramen, often without eggs or meat.

As in NYC, the street food culture in Taipei is widespread, so it is normal to see food stalls serving vegan dishes, particularly sweet potatoes, sesame buns, and sugar beans on the rocks.

Places like Easy House, Mianto or Fú Jù SùShí Guǎn, where travellers taste traditional Asian and European cooking, are a must.

The Vegan Society reported in 2018 there were over 600,000 vegans in Britain, presenting a 300% increase over the vegan population in 2014. The same report also shows that 14% of the UK is currently active in the movement.

It’s not surprising that the British capital, and one of the most sophisticated cities in the world, is a vegan-friendly standard-bearer for PETA, since multiculturalism benefits gastronomic choices: European, Arab, Latin, Thai, American, etc.

But it is also home to VegFest UK, the largest vegan event in the UK, where it is not only an opportunity to eat delicious animal-free food, but also to inform and enjoy talks, programs and training from pro-vegan organisations.

There are over a hundred vegan shops and food sites all over London (check out our top rated ones here), featuring places like Veggie Vegan, Indian Veg, La Fauxmagerie, Rogue Vegan, Tofish & Chips, even branch extensions of large American chains like GreenBay.

It was necessary to repeat a United States location in this list, and there are more that are worthy of mention, (Los Angeles, San Francisco or Austin) — any of them perfect for vegan travellers — because of the great cultural diversity that exists in North America, a leading power in the vegan field almost always.

Portland, Oregon, was named by PETA the most vegan-friendly city in the U.S. in 2016, a place where vegan foods and organic products are so common that it is hard to even find a place that does not offer them.

At Vtopia Cheese Shop & Deli, travellers can taste up to 20 types of artisanal vegan cheese (we’ve covered a few of our favourite vegan cheeses here), take long walks in the beautiful forests surrounding the city, including the Forrest Park nature reserve, eat all kinds of food, sweets, find cruelty-free beauty and fashion products, and even get animal-free ink tattoos.

As a pillar of South Asia, India is one of the most important nations in terms of population, economic power and multiculturalism. Based on statistics, around 27% of the population is totally vegan, the highest per capita rate in the world.

It is in the Southern part of the country where the cradle of veganism is located: at the base of the Chamundi Hills. The food and culture are healthy already, because like in Taiwan, religions such as Buddhism and Hinduism prevail, the last one with a special devotion to cows.

Mysore is home to the Gokulam neighbourhood, popular for housing most of the restaurants and street food stalls with vegan and vegetarian options. Must-see stops are at Depth N Green, Zen Kitchen and Chakra House Cafe, where visitors can enjoy typical dishes such as vegan thali, tofu scramble with vegetables, ragi (a kind of cereal), legumes with rice and so on.

However, the Indian diet has many dairy products, which can be replaced by typical but animal-free options: vanaspati ghee (it is vegetable oil) instead of butter, red lentil dhal and legumes, paneer or tofu instead of cheese, among other options.

Alejandro Meola
Alejandro is a freelance journalist and writer with a degree in investigative development. He is experienced writing for digital media, magazines and radio, covering multiple sources and areas over the last five years.
Previous articleChris Smalling: Being a vegan athlete keeps me injury-free
Next article5 types of vegan diet: Where do you fit in?