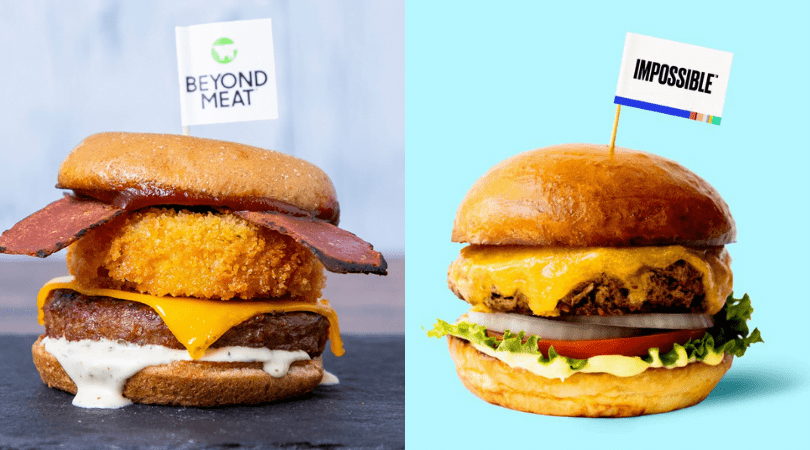 The Plant based protein industry has seen a huge surge in popularity since animal meat has been in short supply recently. And the numbers prove it. According to a report by nonprofit The Good Food Institute (GFI), the plant-based protein industry in the US has raised a total of $741 million in investment capital within the first quarter of 2020. Which is dangerously close to the record $747 million raised in all of 2019.

What’s the longer-term trend been?

In 2019, alternative protein companies which include plant-based meat, egg alternatives, and cell-based cultured meat raised $824 million in funding which was record-breaking at the time. But in the first quarter of 2020, the plant-based protein industry has already surpassed that record raising $930 million. In the last decade, the industry has raised $2.7 billion in venture capital and 45% of that was raised in 2019 and the first quarter of 2020.

“There’s been a surge in investor confidence fuelled by durable and increasing consumer interest in alternative proteins,” GFI Associate Director of Corporate Engagement Caroline Bushnell said. “Investors have seen the market opportunity and are moving to capitalize on a global shift in the way meat is produced.”

COVID-19 has impacted the meat industry

Due to the COVID-19 outbreak, the US animal meat industry has seen a shortage after over 20 major slaughterhouses were forced to close. Due to the high rate of COVID 19 infections amongst animal slaughterhouse workers.

The plant-based meat companies such as Beyond Meat which raised $290 million in net new stock during its 2019 IPO which was record-breaking, and Impossible Foods secured $500 million in investments during the pandemic. Both companies are stepping in to fill the void caused by the animal meat shortage by lowering their prices and expanding their retail distribution.

Bushnell said, “This record-level investment will bolster the industry and support continued growth and innovation for the long term, ensuring that alternative protein companies have the resources to grow and thrive, particularly during times of short-term market volatility,”.

“The COVID-19 crisis has made bolstering our global protein supply more critical than ever, given the inherent—and now very apparent—vulnerability of supply chains dependent on industrial animal agriculture.”

‘Cultivated meats’ are contributing to the trend

According to the GFI’s report, the cell-based meat industry also called “cultivated meats”, including cell-based seafood is also rapidly growing. The industry got $189 million in investment capital in the first quarter of 2020, the most funding the industry has raised in its history. $By the end of 2019, 55 cell-based meat companies formed worldwide, 20 of them founded in 2019 alone. This shows a 57% increase from the 35 companies in 2018.

GFI Executive Director Bruce Friedrich said “Plant-based and cultivated meats give consumers everything they like about meat but produced more sustainably,”.

“Most of the conventional meat companies have reconstituted as protein companies, and nine of the 10 biggest have either launched or invested in plant-based meat, cultivated meat, or both. With historic pressures on conventional meat production, we expect to see the large meat conglomerates double down on their alternative protein investments.”

Next up: Meat Marketing: The Power Of Advertising On The Need For Meat

Damoy Robertson
Damoy Robertson is an entrepreneur and founder of The Vegan Review. Damoy is dedicated to spreading veganism to the masses which he believes will enable people to make better, more informed decisions concerning the way we all interact with animals and our planet.
Previous articlePrimal Kitchen Launches New Line of Vegan Products
Next articleVeganism In Islam: Can You Be Vegan And Muslim?