A ditty for the earth: Indian artist Aditi Veena on the intersection of music and ecology

‘Urban ecologist by day, musician by night’ is popularly attributed to Aditi Veena, better known by her stage name Ditty. Veena grew up in the bustling city of Delhi and picked up music at the age of 14. As a student of architecture, university became the turning point where she started experimenting with various ecological ideas. Music and ecology have always gone hand-in-hand for Veena.

In her early twenties, an exciting project came her way, and she moved to Sri Lanka for three years. This served to be an inspirational time for her and she wove the experience into her debut album, Poetry Ceylon — her ode to the island. She is also a pioneer in kickstarting what became India’s first carbon neutral music tour.

Veena studied architecture and design, which gave her a lot of liberty to think beyond the confines of a classroom, to question more, and solve problems by making models. It was here that she chanced upon urban ecology.

“It opened my mind about a lot of things. I hated a lot of things about university too, like the traditional way architecture is taught. Just the way it looks at nature,” she tells me. “It doesn’t acknowledge nature’s creativity or abundance, but as something that is just there to provide us with what we need.”

Growing up in Delhi, Veena often felt unsatisfied. “I think I’m more of an outdoors person and I like a quiet life. Delhi is really not quiet,” she says. When she got the chance of working on an architecture conservation project in Sri Lanka, she didn’t look back.

The wilderness of Sri Lanka spoke to her and the vibrant community she met made her realise that she had indeed found a new home. The three years she spent there were a very contemplative and creative time in her life, and she poured this into her record, Poetry Ceylon, upon her return to Delhi.

Veena started singing at protests long before she came to be known as Ditty. “I didn’t simply want to make songs that said: ‘Don’t cut trees.’ That’s not really my approach to the whole thing,” she explains. “But I really wanted people to feel, because I know a lot of people feel the same emotion as me. A lot of us are so overwhelmed by everything that is going on around us. We don’t even know the extent of corruption that exists and the consequences of it.”

She recollects the time when her neighbourhood in Delhi was filled with thousands of trees. Over the years people gave away their lands to builders, who chopped them down ruthlessly to pave way for new houses and parking spaces. These were just the small things around her that kept adding up. Slowly, bigger issues about the environment found a way into her music.

“How did we get here? How did this happen?” she asks in pure disbelief.

“I’ve tried to live a zero-waste, no emission kind of lifestyle. I don’t really buy a lot of things, or clothes and I try to recycle a lot of things,” Veena says. However, as a musician, she had to travel for her music, which often included flights. She felt a sense of responsibility weighing down on her. She picked up gigs closer to home, yet trains proved to be an inevitable ordeal.

Before the Covid-19 pandemic made everyone retreat within their four walls, Ditty went on a carbon-neutral tour, the first of its kind in India, called Make Forests Not War. The idea was to offset the carbon generated in her travels by planting trees and creating forests. She did this with the help of permaculturist Claude Oprea in North Goa, India. This is yet another milestone in India’s independent music culture. 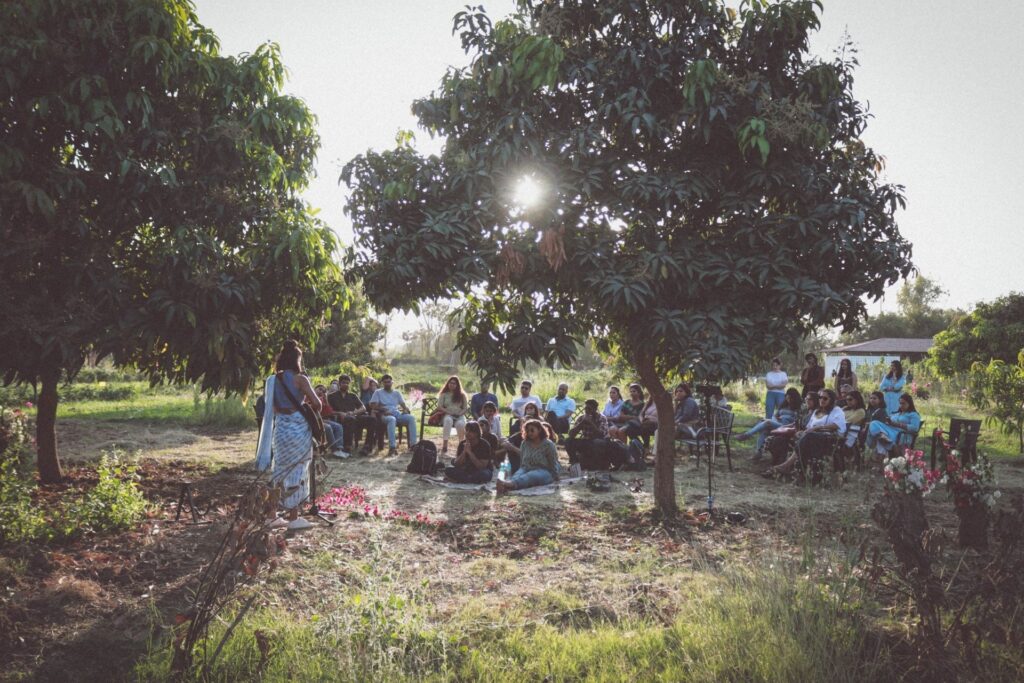 “The idea is to really speak about wilderness, get people to think about wilderness and how it’s shrinking, and that’s happened to be the cause of a lot of the crises that are happening today,” she explains.

Around the world, many big artists are becoming more conscious of the environmental impact of live music and grand scale tours. Internationally, a notable organisation called Reverb has been actively involved in this cause. It works with musicians, festival organisers, and music venues to help create plans that aim at reducing waste material and footprints left behind.

Urban Ecology is an up-and-coming field brimming with opportunities, and one is bound to find a job that pays them well. However, there’s a catch, and it’s in the mechanistic way the landscape is approached.

Building an alternative career for yourself isn’t easy, she warns, but more people are moving in that direction regardless. Agroforestry and permaculture are slowly gaining pace in India. It’s also important to note that permaculture, particularly, has a huge untapped potential in a country like India, which can even serve as the answer to the country’s food shortage.

Life and the natural world, as the urban ecologist says, are extremely precious. Starting afresh isn’t an option, as the earth is all we have got. She recounts feeling a sense of jarring dread upon reading how humans, although a minority (0.01% of earth’s total biomass), have disproportionately affected all other life forms on the planet. Furthermore, of the total percentage of mammals, only 4% are wild animals, a whopping 60% are livestock and the remainder are humans. 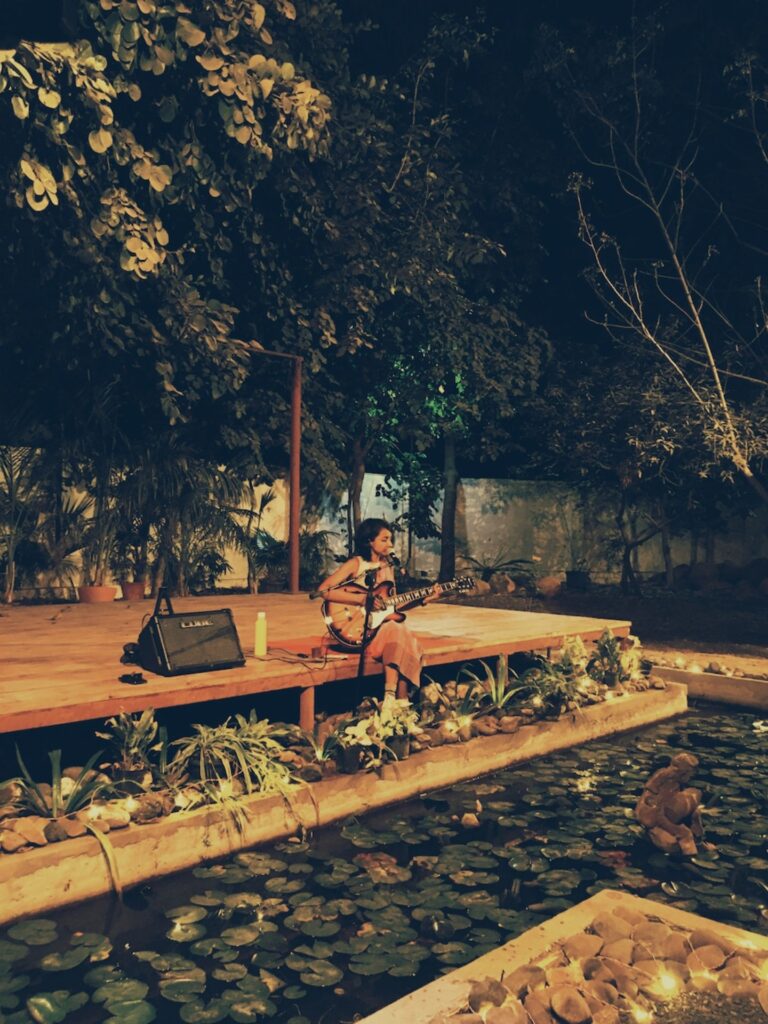 Sharannya Mukherji
Sharannya, to her surprise, currently finds herself studying Economics at Delhi University. Delhi being her second home is her subject of obsession and her idea of a conversation starter is historical trivia that no one asked for. She experiments with writing about various things while hoarding cups of chai in her room. She loves spending time with her camera, doodling, and bullying her dogs.
Previous articleNestlé in the plant-based industry: Does it deserve its place?
Next articleFABORG’s Calotropis revolution: Vegan wool, organic farming and zero-waste solutions