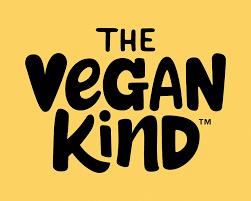 Today a message was published by The Vegan Kind founders, Scott and Karris McCulloch. It was a message that I felt quite emotional about because I remember when The Vegan Kind first started and I’ve had a subscription to their boxes for a long time now.

But it’s the start of a new chapter because from Monday 13 June, a new CEO will be taking over. Scott McCulloch is stepping down as CEO with his wife and business partner, Karris McCulloch stepping down as Managing Director. Both will remain small shareholders in the business with Scott also staying on the Board of The Vegan Kind Ltd as a Non-Executive Director.  Sarah Boddy will take over as CEO, starting her role with immediate effect.

The Vegan Kind was started in 2013, with just one employee outside of the founding pair and working from their residential flat. And today, nine years later, the business is hugely successful, retaining its subscription boxes but also having launched an online supermarket at the same time. Oh, and they no longer work from home having moved premises five times to fit the ever-growing demand for their business.

During the pandemic, The Vegan Kind team completed a Seedrs crowdfunding campaign, ensuring some much needed capital during those difficult times. This money was used to cope with the increased demand on their services during lock down. Following further company growth, in March last year, the team completed a Series A funding round, welcoming Literacy Capital into the business as major shareholders with a £3.5m lead. The new backers really believe in the notion behind the TVK business plan and continues with a pledge to help drive it forward into the future.

It was with the support of Literacy Capital that Scott and Karris were able to find the ideal CEO to take over the expanding potential.

Moving Forward With a New CEO

Sarah Boddy has worked for the last nine and a half years running the US Division for MPM Products, primarily focusing on strategic business priorities as well as establishing a US distribution facility, office and team. Before MPM Boddy worked with numerous businesses ranging from small start-ups to larger associations, such as Premier Foods and Mars Petcare.

The ending to Scott McCulloch’s message was a direct note to all customers.

We wish Scott and Karris all the best for their future plans. We can’t wait to see what they get up to next! And of course, we also wish Sarah all the best for her time at The Vegan Kind. We are sure she will add some great new ideas of her own and look forward to see what’s to come.

Alice Soule
Alice Soule is a Writer and Editor, and graduated with a BA in Social Policy. She is passionate about veganism and animal rights but equally has a love of sports, reading, and drinking tea. Alice is a perpetual dreamer and recently finished writing her first novel. As yet to be published...because she's already dreaming up the next story...
Previous articleBillie Eilish Turns The 02 Vegan During Climate Activism Event
Next articleWillicroft’s Sustainable Cashew Alternative for Plant-Based Cheese production