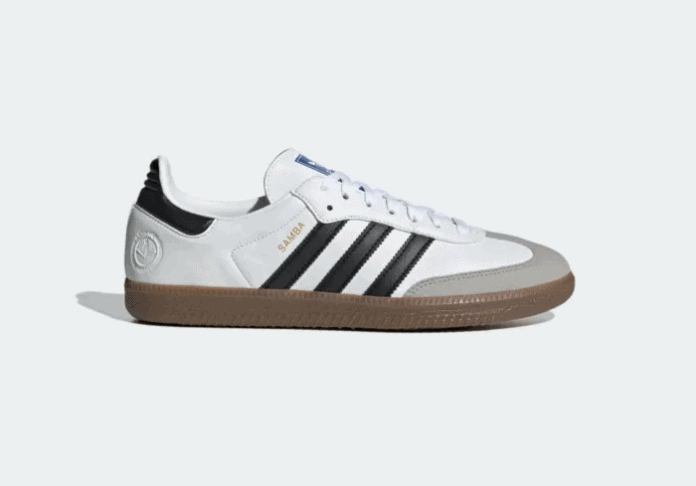 Adidas, no doubt one of the most-loved sportswear brands in the world, has just revamped two of its most iconic sneakers and made them completely vegan by removing all animal materials from two of the two classics.

Dubbed “Our Icons Go Vegan”, the brand is launching the line by releasing two sneakers, which both retailed for $80. The Samba and the Continental 80 are both made of a recycled polyester material coated in PU rather than with animal materials. In the Samba’s description, the sportswear giant describes the move as, “A step in the right direction. The Adidas Samba shoes are no stranger to covering the expansive ground. With the same look and feel as the original style, this version advocates for a better future with an entirely vegan design. The signature T-toe keeps them rooted in the soccer fields of the past.”

Adidas’ website touts the revamped Continental 80 as, “The shoe that once found its rhythm in the packed fitness studios of the ’80s makes some new moves today. These vegan Adidas shoes completely eliminate the use of animal products. So swap out the bold colours of the ’80s and exchange them for a brighter future.” 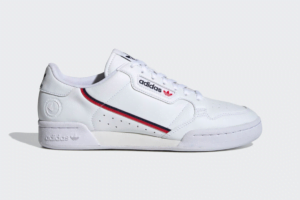 The only difference you’ll spot with the Vegan Samba and the Vegan Continental 80 feature is a stamp emblazoned with “Adidas Original Vegan” on the back heel to help customers differentiate between the animal material-free version and the leather original.

The vegan Samba comes in white with black stripes and a grey T-toe, while the vegan Continental comes in a classic white colourway with red stripe detailing.

Adidas has dabbled its way into the vegan space before. The release follows a sustainable collaboration between the brand and vegetarian designer Stella McCartney. Which transformed the company’s beloved Stan Smith sneaker into a leather-free version. We can’t wait to see what other iconic designs Adidas adds to its. “Our Icons Go Vegan” collection in the coming months.

The vegan Continental comes in a classic white colourway with red stripe detailing. Adidas says. “The shoe that once found its rhythm in the packed fitness studios of the ’80s makes some new moves today.