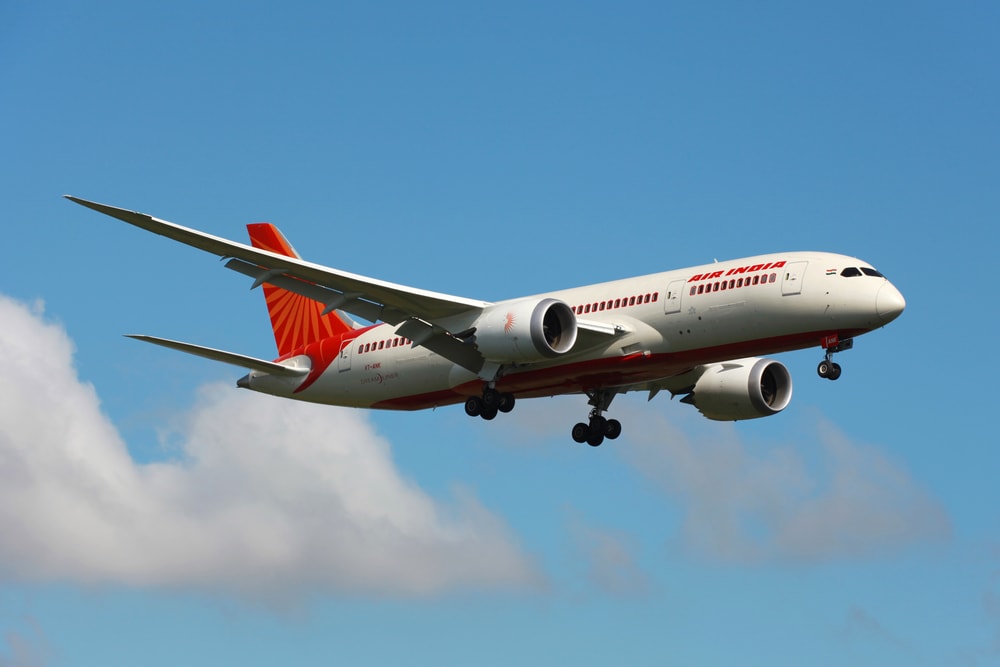 Air India assured me my flight meal would be vegan, but I only found out it was unavailable when I was airborne. That raises a few concerns.

I booked it twice. The first a week before my flight, the second the day before.

I was flying from London to New Delhi, the first time I was going home to India as a vegan. My flight — not that I was spoilt for choice, given we’re in the middle of a pandemic — was Air India, the country’s national carrier.

When I booked my tickets — through a travel agent in this instance — I was a little underwhelmed to see the meal option that was selected was vegetarian and not vegan. My first thought: buy some food before you board. My second thought (which should have been my first): check Air India’s meal options.

And sure enough: I found it. My meal option was ‘AVML’, which stands for Asian Vegetarian Meal. What I was looking for, and what I was pleasantly surprised to find, was the option labelled ‘VGML’ — Vegetarian Vegan Meal. I’m just going to sidestep that term and assume it wasn’t intentional. (We all know it was.)

Anywho. Clearly, the vegan meal was exactly what I needed for my flight. I was elated, but then I saw the disclaimer in large red writing above:

“Due to the ongoing pandemic situation no special meals are being uplifted currently. Also it may be noted that the meal for all classes are [sic] similar in nature.”

And as if that wasn’t enough, the website followed it up with: “Following is the list of Types of Meals offered by Air India. However, currently due to the ongoing pandemic situation, these meals are not served on board the flights.”

Okay, I thought, that’s weird. But I wanted to see if I could change my food preference to anything else at all. It wouldn’t let me. Not that it wouldn’t allow me to choose the vegan meal; it didn’t even provide the option of a non-vegetarian meal, were my dietary preferences different.

It was sorted, then. A week before I took off.

Two days before my flight, however, when I was checking in online, I realised my meal option was, once again, AVML. Grunting, I called Air India again. Same process. Same conversation. They assured me they had changed the meal option and I’d be served vegan food on my eight-hour flight.

It was fishy, the website saying something and the call centre representatives something else. Maybe the website wasn’t up to date?

I made my way to Terminal 2 at Heathrow. Before boarding, I stopped by YO! Sushi to get some katsu curry. It’s almost ceremonial — I get food from that same branch every time before I fly to India. But this time, it was also precautionary.

Read our review of the YO! Sushi Rolling Kit.

This was my first time flying in the pandemic, so I arrived on my seat to see PPE kits and a snack box waiting for me. I knew this wasn’t the actual meal, so I was doubtful there would be anything vegan in there. Yes, except for orange juice and a pack of nuts, everything had dairy. The granola contained honey.

I was starving, and so the katsu curry served its purpose. A few hours later, when we were airborne, the meal service was being operated. This was when I had some doubts about whether this is going to work. Usually, when you order special meals — or if your preference is in the minority — they serve you first. That didn’t happen with me. I was part of the regulation service.

The closer the food cart got to my row, the more I knew my dream of a vegan flight meal would be just that. And sure enough, the attendant came around and passed three identical boxes to each of us in the row.

“Vegan meal? They’re not available. Because of the pandemic, it’s only vegetarian or non-vegetarian.”

I opened the box and hoped to see something plant-based. Yoghurt. Biryani. Gulab Jamun. Butter. All very not vegan. What I could have was half an aloo parantha, the side of salan (curried chilli peppers), the bread and some lime pickle. And I wasn’t even sure if they were dabbed or cooked in butter or ghee. I had to eat and I’m not a militant vegan.

And none of us should be. I know there’ll be times when the only food I’d be able to have isn’t vegan, or at least carries some ambiguity to its plant-based status. And that’s okay. The intention counts more than the label for me.

But I do have two worrying takeaways. First, I wouldn’t have been in this situation had the Air India representatives been clearer. They ‘changed’ my meal option twice, never acknowledging what was written on their website and not confirming it with any sources either. Why should I have expected to not be served vegan food in my flight if the airline’s staff itself told me it was possible? I only received confirmation when I was on my flight, which is too little, too late. That is, frankly, not good enough.

Worse, however, is the aspect of dietary needs. What if I had requested a meal not because of my dietary preference, but requirement? What if I were lactose intolerant, or allergic to certain dairy products or honey? I’m aware that people with such dietary issues are more versed on the subject of travel and food. But if I were assured a dairy-free meal in my flight as someone who’s intolerant to it, and then found out when I was airborne that that wasn’t the case, that leaves me in a lose-lose situation.

Why does a pandemic excuse the withdrawal of meal preferences in flights? If you’re operating a flight, and if you usually have those options available, there’s no reason why you shouldn’t now. And even if the food options had to be limited, why not make the meals more inclusive to ensure people with different dietary preferences and intolerances feel secure enough to travel?

If the coronavirus really does hamper a flight’s ability to produce more than two kinds of meals, then the vegetarian meal should automatically be plant-based. Airlines around the world need to address this problem, and come up with a universal solution.

For now, I know one thing: I’ve never been more thankful of YO! Sushi.

Air India didn’t respond to The Vegan Review’s request for a comment on this story.

Anay Mridul
Anay is the Managing Editor of The Vegan Review. A journalism graduate from City, University of London, he was a barista for three years, and never shuts up about coffee. He's passionate about coffee, plant-based milk, cooking, eating, veganism, writing about all that, profiling people, and the Oxford Comma. Originally from India, he went vegan this year, after attempting (and failing) Veganuary. He believes being environmentally conscious is a basic responsibility, and veganism is the best thing you can do to battle climate change. He gets lost at Whole Foods sometimes.
Previous articleThe big debate: Is secondhand clothing vegan-exempt?
Next articleBon Appétit’s vegan host Chrissy Tracey: ‘Diversity can never be an overcorrection’