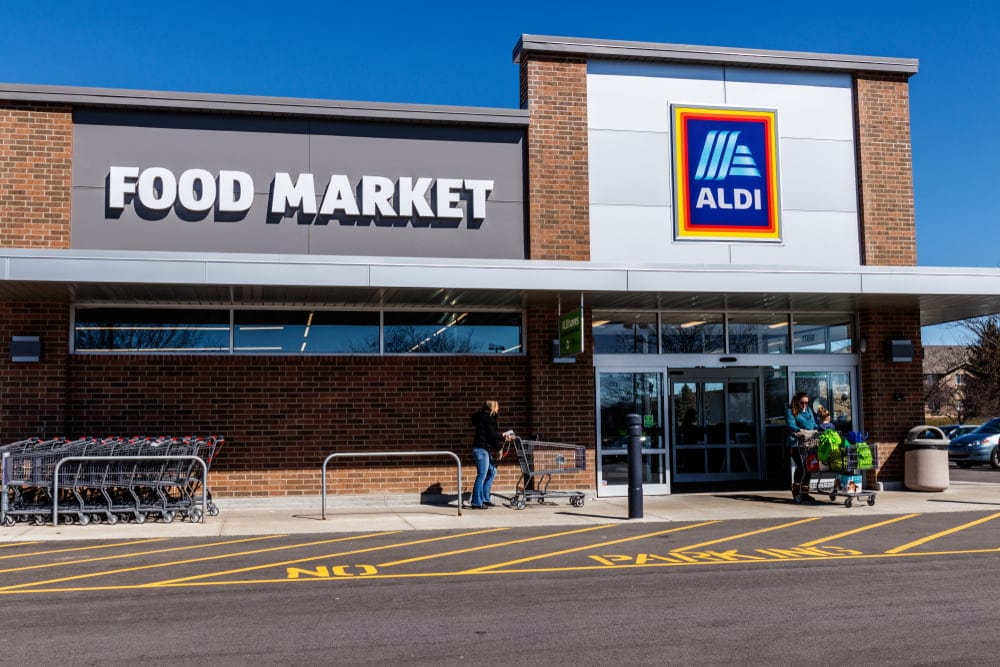 PETA has awarded Aldi with its Top Grocer Award for its many vegan options, its compassion for animals and protecting human health.

Animal rights organisation, PETA has awarded UK supermarket chain Aldi with its Top Grocer Award. This is an award given to companies that sell and promote a variety of vegan options at their stores, and this year, Aldi was declared the winner “for promoting compassion for all animals and protecting human health by offering a wide variety of vegan foods”.

PETA praised Aldi’s “bountiful vegan options” from its Earth Grown line and said the store recognises that shoppers are looking for products that match customers’ needs and values.

In 2018, Aldi launched Earth Grown, a vegetarian and vegan line, and since then, has added a variety of vegan foods from meats, ravioli, frozen desserts, dressings, cheese, drinks and many more.

“ALDI recognises that consumers today care about animal welfare, their own health, and the impact that a meat- and dairy-heavy diet has on the environment—and it deserves to be recognised for offering shoppers a host of tasty vegan foods,” said PETA president Ingrid Newkirk.

“These are times when consumers are contemplating numerous changes in their lives, and many of them, especially young people, do not want their money to support slaughterhouses and factory farms.”

The non-profit also has many other awards, helping those who follow a plant-based diet, with its yearly Vegan Food Awards.

Aldi also made news in the first weeks of July by vowing to never sell chlorinated chicken along with stores like Waitrose, Marks & Spencer and Tesco. It also sells the cheapest plant-based milk, with their 1l pack of soy milk costing just 59p.

Anam Alam
Anam is a freelance writer for The Vegan Review and a student studying journalism. She is a passionate writer who possesses a range of skills ranging from audio, video, editorial and creative writing. Her goal is to educate the public and the world with stories that she feels need to be talked more about in society.
Previous articleThe Ultimate Guide to egg substitutes in vegan baking
Next articleThe Fields Beneath: London’s finest all-vegan cafe