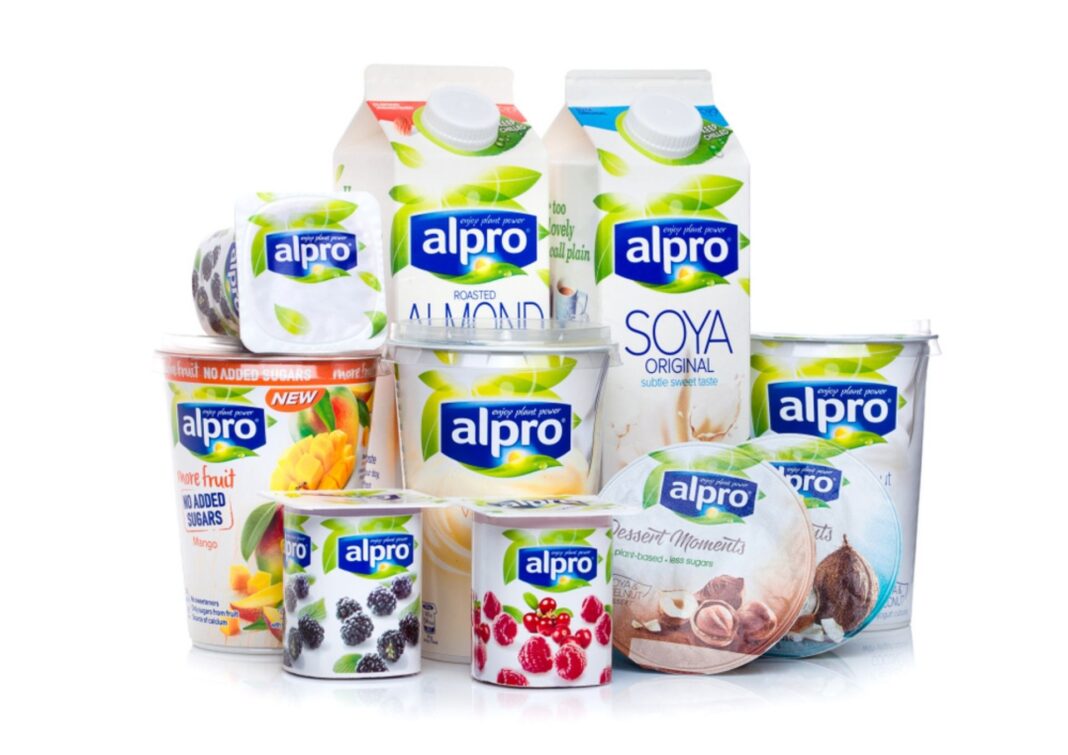 Marking 40 years of operations, Alpro has unveiled its health and sustainability pledge for 2025, as part of its aim to go carbon-neutral by 2050.

Plant-based food giant Alpro has launched its sustainability and health ambitions pledge for 2025, to mark its 40th anniversary last week.

The plan includes a €30 million investment in the Danone-owned brand’s production facilities, in a bid to reach its goal of becoming a carbon-neutral business by 2050. With products sold in 50 countries, Alpro has been certified as a B-Corp since 2018, joining companies that combine social and ecological plans with financial success.

The new sustainability pledge, titled ‘Feeding our Future with Plants’, centres around health the planet. The company aims to promote a considerable dietary shift towards more plant-based eating by 2025.

Part of its commitment is to make itself a catalyst for net-zero operations, with climate ambitions of zero-carbon, zero-water and zero-waste. It includes defining clear action plans for the transition to regenerative agriculture, focussing on biodiversity and water use.

Joining the growing list of companies refocusing their packaging, Alpro wants to make 100% recyclable packs (it’s currently at 76%) and switch its plant-based yoghurts to paper cups. Further, it plans to reduce its water footprint by 60% per product and turn 50% of volumes into a recognised source of dietary fibre.

But one of the more notable goals is to bring “more diversity into the portfolio”, with at least nine different plant-based ingredients, two more than the current seven. Ingredient lists have been a major debate in the plant-based space recently, so why the move to add more ingredients?

“In 1980, we started with soya, and in 2012, we added hazelnut and almonds. Since then, we have been expanding our range by adding other main ingredients to our portfolio such as rice, cashew or coconut,” an Alpro spokesperson told The Vegan Review. “In the coming years, we will launch products with two new ingredients to offer even more delicious plant-based products.”

As for the ‘fewer equals fresher’ claim being made by many companies and consumers, Alpro’s spokesperson responded by saying: “Fewer ingredients being better is related to what’s on the ingredient list of a product.”

Anay Mridul
Anay is journalism graduate from City, University of London, he was a barista for three years, and never shuts up about coffee. He's passionate about coffee, plant-based milk, cooking, eating, veganism, writing about all that, profiling people, and the Oxford Comma. Originally from India, he went vegan in 2020, after attempting (and failing) Veganuary. He believes being environmentally conscious is a basic responsibility, and veganism is the best thing you can do to battle climate change. He gets lost at Whole Foods sometimes.
Previous articleSustainable packaging: How brands are innovating with plastic and alternatives
Next articleHow London’s vegan fast-food joints are knocking on the doors of popular chains