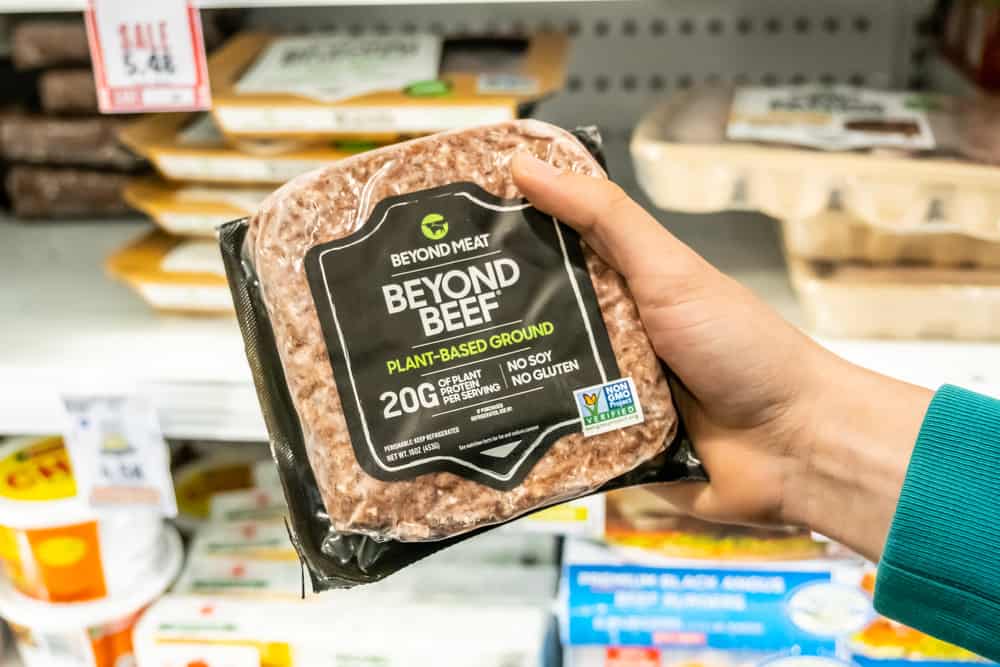 A new report shows that the rapid growth of alternative proteins could mean meat consumption in Europe and North America will peak in 2025.

The rapid growth of alt-protein could mean that Europe and North America will reach “peak meat” by 2025, after which consumption of conventional meat will start to fall.

The new report by the Boston Consulting Group (BCG) and Blue Horizon Corporation (BHC) predicts that plant-based meat will reach price parity with regular meat by 2023, and nine out of 10 of global favourite dishes like sushi and pepperoni pizza will have realistic alternatives by 2035. It added that protein made from microbial fermentation could reach parity by 2025, and cell-cultured alternatives by 2032.

Last week, a study by the Good Food Institute revealed that the alternative protein sector grew more than ever in 2020, with a record total investment of $3.1 billion. The BCG and BHC report calls it very likely that alt-protein will capture 11% of the global protein market by 2035, even 22% if there is rapid progress in technology and regulatory processes.

The annual market for alternative meat, dairy, seafood and egg products is on course to reach at least $290 billion by 2035. “The most striking thing is that in developed economies, we’re going to be at peak meat in 2025 in some scenarios,” Decker Walker, the head of agribusiness at BCG, told the Guardian.

“There’s all this talk that alternative proteins are futuristic, and that many people don’t resonate with the concept of artificial meat. But what most people don’t realise is that we’re actually already at a point where [conventional] meat consumption is going to be declining for the first time in history. The global consequences of the shift to alternative proteins are significant.”

The report adds that if alt-protein sales grow by 11% in the next 15 years, 1 billion tonnes of carbon emissions will have been avoided, farmland equivalent to the area of the UK will have been freed from supporting livestock, and 50 billion fewer chickens will have been raised.

The report also predicts that two-thirds of the alt-protein market in 2035 will be occupied by plant-based products, a fifth by biofermentation, and 10% by cell-based meat. It adds that if governments introduce CO2 prices and support for farmers to transition to plant-based agriculture, the market share could rise to 22%, providing a rate of growth that would lead to peak meat in Europe and North America.

Anay Mridul
Anay is journalism graduate from City, University of London, he was a barista for three years, and never shuts up about coffee. He's passionate about coffee, plant-based milk, cooking, eating, veganism, writing about all that, profiling people, and the Oxford Comma. Originally from India, he went vegan in 2020, after attempting (and failing) Veganuary. He believes being environmentally conscious is a basic responsibility, and veganism is the best thing you can do to battle climate change. He gets lost at Whole Foods sometimes.
Previous articleHow The Ethical Dairy aims to transform a dated industry
Next articleHas Covid-19 created a plastic pandemic?