Angela Yvonne: ‘We eat and live good over here, and we don’t harm anybody’ 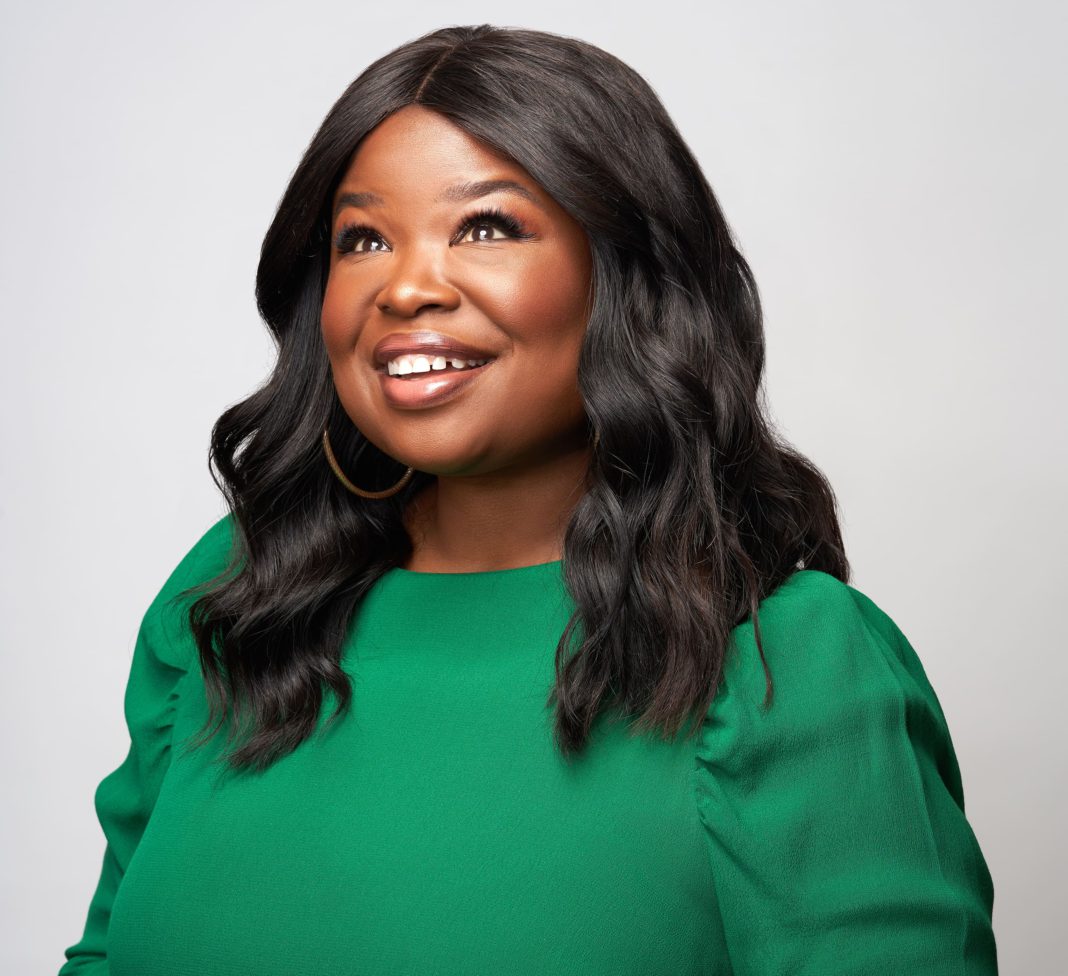 Angela Yvonne, the face behind Vegan Pop Eats, on combining pop culture and veganism to guide new vegans as they transition to this lifestyle.

“I am fluent in pop culture,” Angela Yvonne tells me. She moved to New York to pursue her career in television, but when she transitioned to veganism four years ago, she wanted to find a way to encompass pop culture and the lifestyle.

She merged both lifestyles, and Vegan Pop Eats was born. Yvonne is the producer and host of the series, where she interviews different influencers and celebrities about the world of veganism.

“I’m also able to go out to the hottest vegan spaces and trends, and showcase and educate people on how dope being a vegan or plant-based living is,” she says. “And that’s pretty much my mantra.”

Yvonne participated in Veganuary, which at the time was becoming increasingly popular in New York after its success in the UK. However, prior to being vegan, Yvonne was vegetarian for a while, after her mother got breast cancer and she decided to pay more attention to what she was eating.

“I used to love cheeseburgers from McDonald’s. I always tell everybody: my favourite meal was the number two with the large fries and chocolate shake.” Despite having to give up one of her favourite meals, Yvonne found that by transitioning to veganism, she would be able to help others along the journey.

“For most people, they find that crossing over is the hardest thing ever, and so, when I first became a vegan, I would take pictures and tell people about all the dope spaces I’ve eaten at. And people would always come by and be like: ‘Where did you say you went? Or where did you say that picture was?’”

Yvonne was a host for Tha L. Spot Show, where she would do a segment about pop culture. But soon after her transition, she did a segment about attempting to convert her producer over to eating vegan food.

This sparked her very first episode with Urban Vegan Kitchen, allowing her to showcase life as a vegan. Now, she is rolling into her third season.

“I like pop culture and I love to eat,” she says, explaining the inspiration behind her brand as it allowed her to put everything that she enjoys doing together.

“I love communicating with people, I love talking to people, I love eating, but the show is not just about eating. It’s about educating you about the different things you need to know with you crossing over.” Yvonne’s show is housed on her YouTube and Instagram, as well as Taste on TV, which is a 24-hour culinary channel based in LA.

“I just want the people who follow me to know that it is not a life of lack.” Yvonne touches upon dietary issues within her episodes and wants people to know, especially her fans of African-American descent, that being vegan can provide you with a healthy lifestyle. “It teaches you things you don’t think you would know. It teaches you more compassion, and you start to pay more attention to the animals and how killing them may affect us. You start to pay attention to the climate.”

It was recently the first anniversary of launching Vegan Pop Eats as a brand full-time. But for Yvonne, it was a highlight to even get started.  “I’ve converted several people. I have, 100%,” she tells me. “If you talk to me, you’re coming over here.”

She continues: “Understanding my strength, tenacity and fearlessness, because I’m able to secure interviews and speak to people, and because there’s so much good energy surrounding what I’m doing, I feel like the universe is like: ‘Yes, we need this.’” The highlight of this whole year for Yvonne is how a two-minute segment has transformed into a full-blown show.

Despite all this, her vegan journey has come with some struggles. She explains that the hardest thing for her to give up was cheese. “We’re in New York and the pizza slices are my favourite,” she says. However, she explains how her palette has heightened due to the influx in products, which allows her to develop her brand but also grow as a vegan. Yvonne iterates that she is no expert and is learning so much on her individual journey.

“The goal for Vegan Pop Eats is to be global,” she says. Yvonne aspires to travel to London, Australia and Toronto and produce shows all over the world. “I just want to be the plug, the concierge, and help people not feel overwhelmed with crossing over. Come on over to the green side. It’s good over here.”

Mansi Vithlani
Mansi Vithlani is a journalism student at City, University of London. A vegetarian her whole life and a massive foodie, she enjoys discovering more about veganism and eating vegan cuisine! She enjoys investigating social media based stories and how its influence has made a significant difference in the last few years.
Previous articleClimate change has shifted the Earth’s axis, shows study
Next articleVeganism: the good, the bad, and the ugly