Artivism: “Giving The Voiceless A Voice” 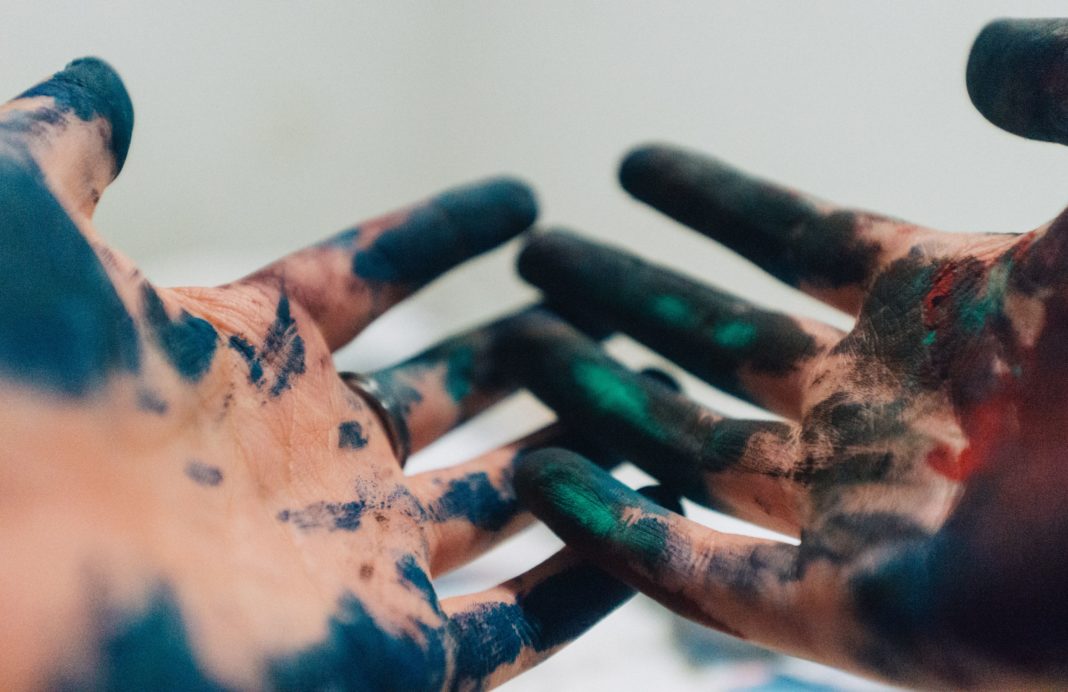 After 2019 was dubbed “the year of street protest”, 2020’s Covid-19 put mass demonstrations abruptly on hold. But from balcony singing to webinars, to online storytelling, people are still finding ways to have their voices heard. One particular form of expression on the rise is artivism.

The purpose of animal rights artivism

Prior to lockdown, animal rights artivism was already being featured on the Internet. But with people stuck at home, and their voices not being projected in the streets, artivism provides an alternative, more reflective, but equally as meaningful way to protest.

A portmanteau of art and activism: compositions are used as a tool to push forward current issues. 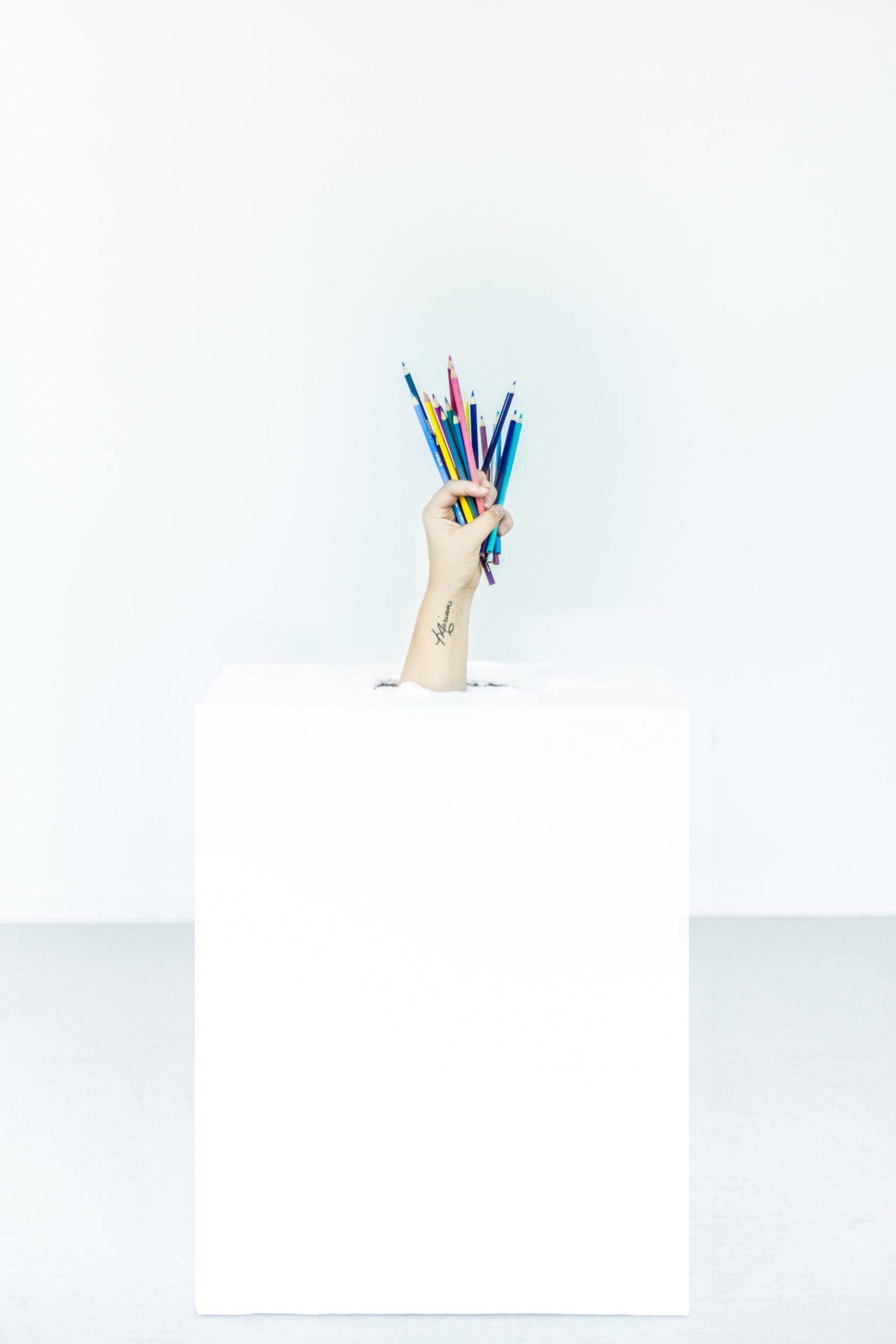 Greta Thunberg recently stated: “In a crisis we change our behaviour and adapt to the new circumstances for the greater good of society.” Our right to freedom of expression continues to be exercised even under current circumstances, thanks to human imagination and the impact of social media.

The Artivist Network, based in Madrid, took the lockdown as an opportunity to transfer workshops more widely to users online.

Every week they hold digital training sessions where people will emerge “better equipped to transform the world”. They state that by holding webinars hosted by leading artivists, human beings will get to better prepare themselves for being vocal when lockdown lifts.

Luiso Garcìa, an animal artivist and art teacher based in Madrid, believes that in “arousing the empathy of the spectator”, his art will encourage people to “reflect and stop being part of the form of oppression” that is represented. Currently working on a book addressing issues ranging from xenophobia to speciesism, he adds: “I always try to make my work be the voice of the voiceless.”

But where does Luiso get his inspiration? And why do artists like him get involved in animal activism?

“A picture says more than a thousand words”

Jo Frederiks, an animal rights activist from Australia, turned vegan after growing up on a million-acre cattle station. The advocate says she “fell into art as a means of activism by accident after a conversation with [her] partner.”

Many non-vegans do not join the dots between the food they consume and the clothes they wear with the animals living alongside them.

Frederiks says: “Most people’s indifference to the victims they unjustifiably use and consume without thought is incomprehensible.” She believes that images provide a “productive, constructive outlet”, lightening what is often a very dark subject.

Used as a tool to diffuse the more intense reasons for veganism, humour is often incorporated in the works of animal artivists.

Melinda Hegedus, a vegan artivist originally from Budapest, is one of them. Mixing elements of irony and bold imagery, humour is why she thinks non-vegans can look at her works without feeling shamed and ignoring the message.

Her goal today is to “help educate the non-vegans and help spread the vegan message.” But it wasn’t always this way.

Hegedus has long considered herself an animal lover, but it wasn’t until 2012, when she was eating Fårikål, and “chewing on a piece of lamb” that she realized she was “chewing on someone else’s leg”, and stopped eating meat for good.

She has since used art as a creative channel for her “anger and resentment” towards carnism. The incorporation of anthropomorphism in her images boldly illustrates the similarities we share with animals. “We all fear pain and death,” she adds.

Garcìa explains that art is something that comes second nature to him, something “as necessary as breathing or eating”. While his images are a little darker and challenging to the viewer, his artivism came after the adoption of his dog Abril. “[She] opened my eyes and heart,” he says, “Veganism is my way of life and so it will be until the last day.”

Although for some it is about the personal connection to animals, Frederiks focuses on the bigger picture. “When a picture says more than a thousand words,” she says, “it can shine a spotlight on what is intentionally hidden from society by animal exploiting industries.”

Some of her artwork, like Every Day, brings up historical genocides, such as the Holocaust. By placing animals in an environment that many humans relate to – more are likely to notice and understand the pain that can be felt by animals.

How has the coronavirus helped the Artivism movement?

When lockdown began, many industries were hit hard. But for artists, who predominantly work from home, this was not the case.

Many artists, like Frederiks, are reclusive by nature. She loves isolation and finds the lockdown has changed very little for her.

Hegedus also works as a graphic and web designer. Her work always remote but found her projects did slow down after the pandemic hit. She nonetheless looks at the positive side: “[It’s] been giving me a bit of extra time to work on launching my own clothing line, VEGANISKA.” The time has also triggered more social media use, which she noticed produce an influx of new followers across her platforms too.

Garcìa unfortunately had to close his academy, unable to teach his art in such close quarters. But he continues to work on his pieces, finding the coronavirus a vital time for art to come alive. “Crises, injustices and bad times are always a source of inspiration. Frustration and pain increase sensitivity,” he states.

Artivists believe that their work can bring social change, as well as give people the chance to experiment and find their own voices.

Hegedus says artivism can come in all forms: “Some of us draw or others paint, others create amazing music. And some are great at writing. Be brave and dare to experiment with different ideas and expressions.” Through the individual voices. Awareness can be raised in a more creative but effective manner.

Comparing art to a “virtue”, Garcìa highlights the benefits of our heavy social media use. Thousands of images can shared across the world, inspiring the reaction of many people in a short span of time.

Animal rights artivists have also used this an opportunity to illustrate the dark side of the animal agricultural industry and its link to pandemics, especially Covid-19. Frederiks believes the media is not as transparent as they could be in this connection and has created pieces, such as ‘Meat’ the Pandemic to bring the correlation to life.

Artivism’s development and the traces it will leave

Artivism is swiftly taking all shapes and forms. Transitioning online is something artists like Hegedus have already been doing for a while. Using an iPad Pro and an Apple pencil. She finds she can work from anywhere in the world at any time.

Her most prominent piece, Don’t Worry It’s Organic, is also her most criticised. Featuring a family of pigs and a human baby roast for dinner. She explains people think her work has gone too far. But she points out: “If it were a roasted suckling piglet on the table no one would raise an eyebrow.”

Applying humour and irony to bold, colourful images, Hegedus clearly wants for her vegan artivism to make a statement. She hopes her clothing line, VEGANISKA, will get people to wear her art. Thus spreading the message of animal rights wherever they go. “I wanna let the art speak for itself,” she adds.

Humour doesn’t always have a serious effect on viewers, however, and Garcìa, who works with more carnal, bleak techniques, discusses the importance of symbolism: like in his piece empathy.

A representation of bullfighting, an icon of animal abuse in Spain, the painting the first antispecist illustration he created. He believes that empathy symbolizes “the first wall to torn down in his society”. Only once this done can people continue in “demolishing many others”.

Art commonly seen as a reflection of the times we live in. To obtain political change, pieces must invite conversation and discussion, and Frederiks’ second piece of political art Every Day has achieved exactly that.

She describes the high volume of media coverage it has received. And the resonance it has gained online and in person. Regularly receiving mail from school and university students who have written essays on the image. She adds: “Many have said it will become a historical painting that – tragically – defines our times.”

Make the Most of Lockdown

Capturing the pandemic and the world around us may be the most effective use of our time in lockdown. With some imagination and a blank canvas, anyone can take part in providing a voice to the voiceless.

Olivia Rafferty
Olivia is the Assistant Editor of The Vegan Review. An aspiring Middle Eastern correspondent currently studying journalism at City, University of London, she is passionate about the planet, she believes veganism is the first step to solving the complexities of climate change.
Previous articleTemple Of Seitan: The Ultimate Vegan Fried Chicken
Next articleBillie Eilish delivers vegan food to women’s centre