Animal rights in China: The lowdown on legislation, markets and consumption 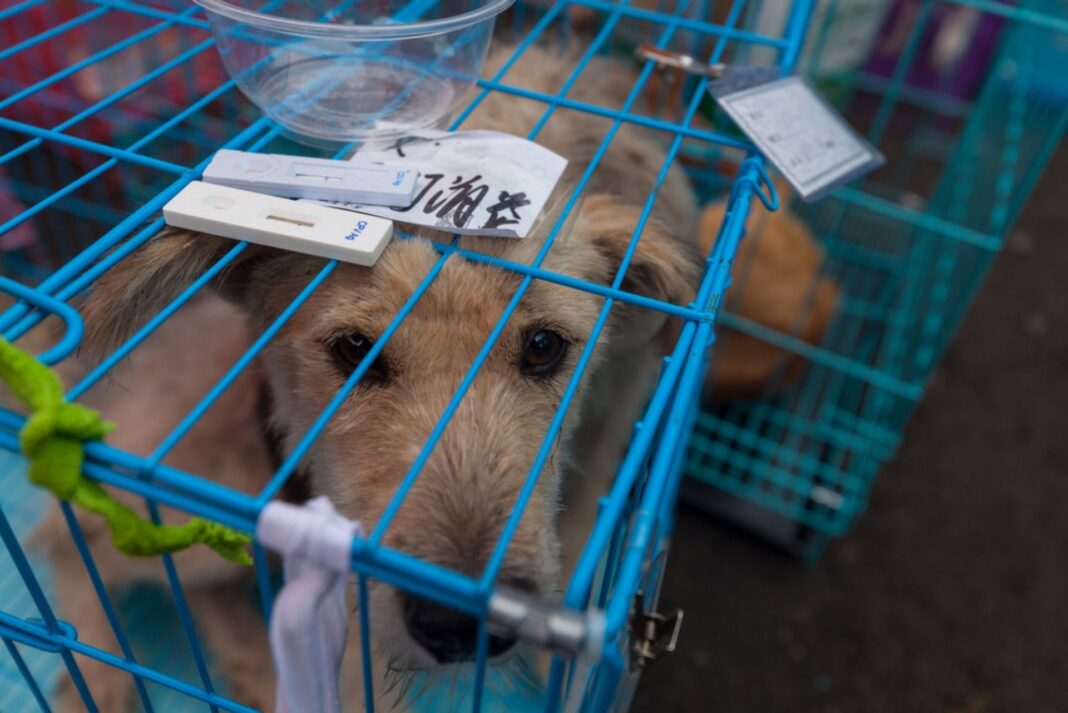 Spurred on by public outcry and the ongoing pandemic, progress has been made with animal rights in China, but there is still a long way to go.

China lags behind others when it comes to the legal protection of animals. To begin with, there is no national law that is explicitly against animal cruelty for all animals. One was drafted in 2009 (Animal Protection Law of the People’s Republic of China), but it was never implemented.

The country has received a letter grade of G for ‘Laws against causing animal suffering’ by World Animal Protection; G is the lowest possible rating. Existing legislation based on animal rights in China mainly focuses on regulating vets and the treatment of laboratory animals.

There are a handful of other similar laws, but they target practicality and productivity rather than being anti-cruelty. For instance, there is the Animal Husbandry Law of the People’s Republic of China, which was amended in 2015, and specifies baseline conditions for farm animals. But rather than prioritising the animals’ quality of life, these guidelines were implemented for maximum yield and product quality.

There’s also the Law of the People’s Republic of China on the Protection of Wildlife (amended 2017), which focuses on conservation of endangered species, forbidding hunting and smuggling. Although this is a promising start, the law allows for certain grey areas, providing loopholes that permit the transport or trade of wildlife in some circumstances. Unsurprisingly, one of these exceptions is for the use of Chinese medicine, which is a prevailing staple in Chinese culture. In the same year of 2017, a law was implemented banning the sale of ivory.

Although there are some laws in place, there is an appalling lack of legal protection for animals rights in China, which reflects in practices that are ongoing to this day.

Many may be unaware of this, but China requires imported cosmetics to be tested on animals. If a brand (outside China) declares that its products are cruelty-free, but sells their cosmetics in China, then they are not, in actuality, cruelty-free. In 2014, China rescinded the animal testing requirement for locally-made cosmetics, but imported products are still required by law to be tested on animals.

Baby steps have been made since then: in April 2020, the Chinese National Medical Products Association announced that foreign cosmetic ingredients are no longer legally required to be tested on animals, as they have turned to alternative methods of testing. In addition, they have announced that come 2021, pre-market animal testing for general cosmetics will no longer be required.

As one of the world’s largest countries, China plays a major role in some of the most exploitative industries. One of them is the fur trade, which involves a myriad of animal species. China is both the largest consumer and importer of fur garments. The glaring issue is that the trade is unregulated in China, with any laws or guidelines rarely enforced. The animals are confined to small cages in horrific conditions, and are brutally killed through many inhumane methods, including electrocution. Some are even skinned alive.

There’s also bear bile farming. This substance is utilised in Chinese medicine. In fact, China’s National Health Commission recommends bear bile as a cure for Covid-19, as it is one of the ingredients in an injection called Tan Re Qing. This recommendation has been heavily criticised, with valid reason, as it has little to no scientific or medical backing.  Like the animals held captive for fur, the bears are crammed in small cages and are heavily abused. For convenience, some farmers even surgically create an open duct in the bears for bile collection.

As the epicentre of the current pandemic, China has made some changes in relation to the regulation of wild animals. The country has placed a temporary ban on the trade and consumption of wildlife, although it is most likely the ban will hold some permanency. Markets are banned from holding live animals, leading to the mass shut down of wet markets.

The trading and selling of wildlife were already restricted pre-pandemic, following the SARS outbreak. Still, wet markets were thriving; these laws were not enforced and loopholes were taken advantage of, as the law only explicitly forbids the trading or selling of wildlife for the purpose of consumption. Most of these loopholes were exploited for Chinese medicinal purposes.

Not only are the animals mistreated, but wet markets also create an ideal hub for zoonotic diseases.

Consumption of cats and dogs

The controversy over the Yulin dog meat festival is well documented. It’s a festival held in Yulin during the summer solstice, where people cook and eat dogs. Although this is already stomach-churning, there is more to this barbaric practice. The dogs are held in small cages and paraded through the streets. Some are hung by their necks as they are paraded, even dying from this.

The dogs are then killed horrifically, as there is no regulation. Some are impaled by metal hooks, others strangled, and some are beaten to death. All this is made worse by the fact that most of these dogs are either strays or stolen pets. Starting in 2014, due to justified backlash, the Yulin government no longer officially organises the event. However, it is still held unofficially, albeit on a smaller scale.

Although the festival in itself is a terrible practice, it is ultimately the symptom of a larger problem: eating dogs isn’t illegal in China. Millions of cats and dogs are slaughtered annually.

In spite of these bleak facts, steps are being taken in the right direction for animal rights in China. In April 2020, Shenzhen and Zhuhai banned the consumption of cats and dogs. Soon after that, the Agriculture Ministry reclassified dogs from livestock to companion animals.

The consumption of cats and dogs has long been weaponised as a tool for racism against Chinese people. However, this should not be used to justify demonisation. The vast majority are against these practices, and consumption is on the decline. It is no easy feat fighting against long-held beliefs and traditions, but the younger generation are growing more aware of animal welfare issues and are moving in the right direction.

Lok Yi Siu
Lok Yi is a student born and raised in Hong Kong, with a strong passion for animal welfare and the environment. She believes in making veganism accessible to everyone. With a love for cooking, baking, and eating, she hopes to introduce the world of veganism to others through the power of irresistible food.
Previous articlehot for food’s Lauren Toyota: ‘The vegan mission is my lifelong mission’
Next articleI tried Balea’s summer body care for under €2 a month, and here’s what happened