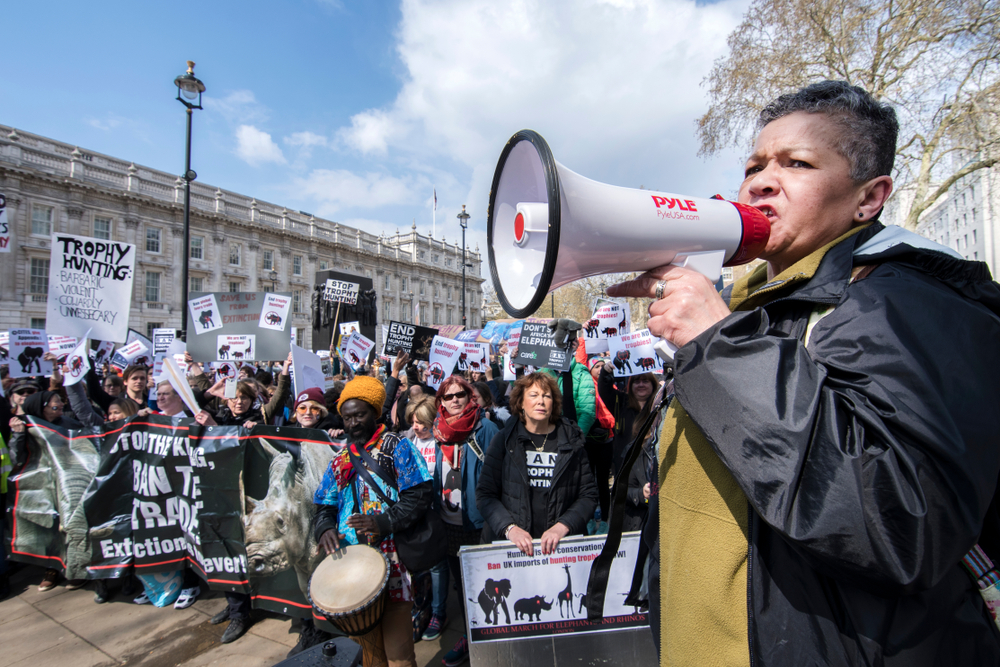 The UK’s new animal welfare action plan will recognise animals as sentient beings. But the ban on trophy hunting is on shaky ground.

Animals will be formally recognised as sentient beings by UK law for the first time, marking a victory for animal rights campaigners.

The government’s new animal welfare action plan has laid out a host of new measures, which include the Animal Sentience Bill that will be introduced in parliament today. The government says this will put animal welfare at the very heart of policymaking, noting that the move was only possible because the UK received new freedoms after leaving the European Union.

The new measures will also include a ban on the import of hunting trophies and stopping most live animal exports. The reforms, to be introduced via a series of bills, will cover farms and pets in the UK and include protection for animals internationally via bans on ivory and shark fins and a potential ban on foie gras.

The Action Plan for Animal Welfare will introduce measures for pets by a crackdown on pet theft and puppy smuggling and making cat microchipping mandatory. The UK government plans to protect wildlife by making it illegal to keep primates as pets, supporting restrictions of glue traps, cracking down on illegal hare courses, and funding wildlife conservation projects both in the UK and abroad.

Among the measures to improve welfare for farmed animals are giving the police more power to protect farm animals from dangerous dogs, enhancing welfare during transport and at slaughter, and incentivise farmers to improve animal health and welfare through future farming policy. But the use of poultry cages won’t be outrightly banned.

“We are a nation of animal lovers and were the first country in the world to pass animal welfare laws,” said environment secretary George Eustice, who launched the plan. “We will lead on the protection of animals abroad by implementing the world’s toughest ivory ban and banning the import of hunting trophies to protect iconic species. As an independent nation, we are now able to go further than ever to build on our excellent track record.”

Claire Bass, executive director of Humane Society International, said: “Delivering on the plan will require understanding and real commitment from across Whitehall. Respect for animal welfare is not only the right thing to do for animals, it will also play a critical role in tackling global environmental and public health challenges such as climate change, antibiotic resistance and pandemic prevention.”

While these measures have been welcomed by many, some animal conservationists are stepping away from discussions with lawmakers, as they feel the trophy hunting law doesn’t go far enough and will cause even more wildlife killing. “Trophy hunters will be rubbing their hands with glee at this awful omission,” animal rights activist Eduardo Gonçalves, the founder of the Campaign to Ban Trophy Hunting, said in a statement.

The government had pledged to ban trophy imports in the 2019 Queen’s Speech and election manifesto. “It is absolutely imperative that the government fulfil this historic pledge,” added Gonçalves. “Killing defenceless animals for ‘trophies’ — especially those at the risk of extinction — is barbaric and archaic, and should play no part in a civilised society.”

Read our interview with Eduardo Gonçalves on trophy hunting.

Anay Mridul
Anay is journalism graduate from City, University of London, he was a barista for three years, and never shuts up about coffee. He's passionate about coffee, plant-based milk, cooking, eating, veganism, writing about all that, profiling people, and the Oxford Comma. Originally from India, he went vegan in 2020, after attempting (and failing) Veganuary. He believes being environmentally conscious is a basic responsibility, and veganism is the best thing you can do to battle climate change. He gets lost at Whole Foods sometimes.
Previous articleBar Vegan Atlanta: vegan, but a vibe
Next articleVeteran meat brand registers 70% revenue increase amid Covid-19 after going vegan