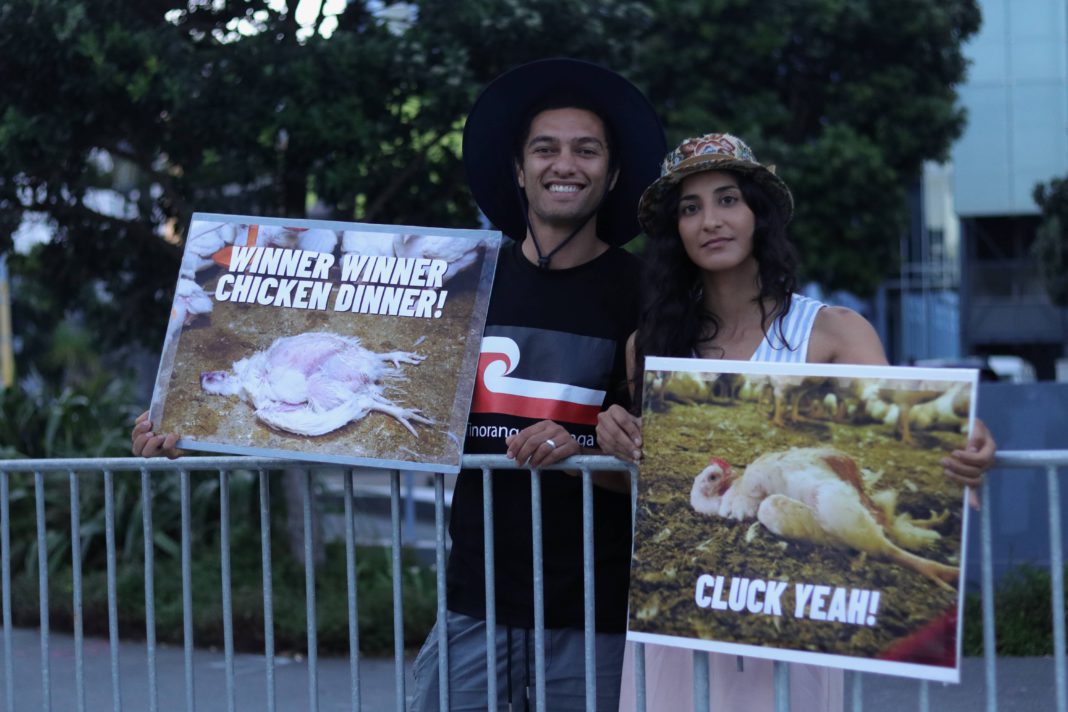 A new animal justice group has been set up in Aotearoa, New Zealand to bring change for the animals who live there.

Aotearoa Liberation League — or ALL — is a decolonial project that aims to dismantle oppressive systems, for everyone’s benefit.

The group was established by Chris Huriwai and Samah Seger, vegan activists who are known throughout Aotearoa (the Māori name for New Zealand) for their work. The couple got to know each other in 2019, fell in love, and are now bringing that energy to their animal advocacy.

“ALL is an animal-justice group, but we see our objectives of liberating animals as inherently tied in with liberating our whenua [land] and our people,” Huriwai says.

Animal agriculture still plays a large role in New Zealand’s economy; however, there is growing awareness of its disastrous environmental impacts. Many of the country’s rivers are too dirty to swim in, and animal farming is a leading contributor to this pollution. It also accounts for almost half of the country’s greenhouse gas emissions. In recent years, activists have started drawing attention to the fact that much of the country’s farmland originally belonged to Māori, before being unjustly taken by colonial governments.

Huriwai and Seger bring indigenous perspectives to their activism. Huriwai is Māori, belonging to the Ngāpuhi, Ngāti Porou, and Te Ātiawa tribes. Seger, who spent her early life in Baghdad, is Mandaean-Iraqi. They initiated ALL because indigenous experiences can help us recognise and address the oppressive structures that perpetuate animal abuse. 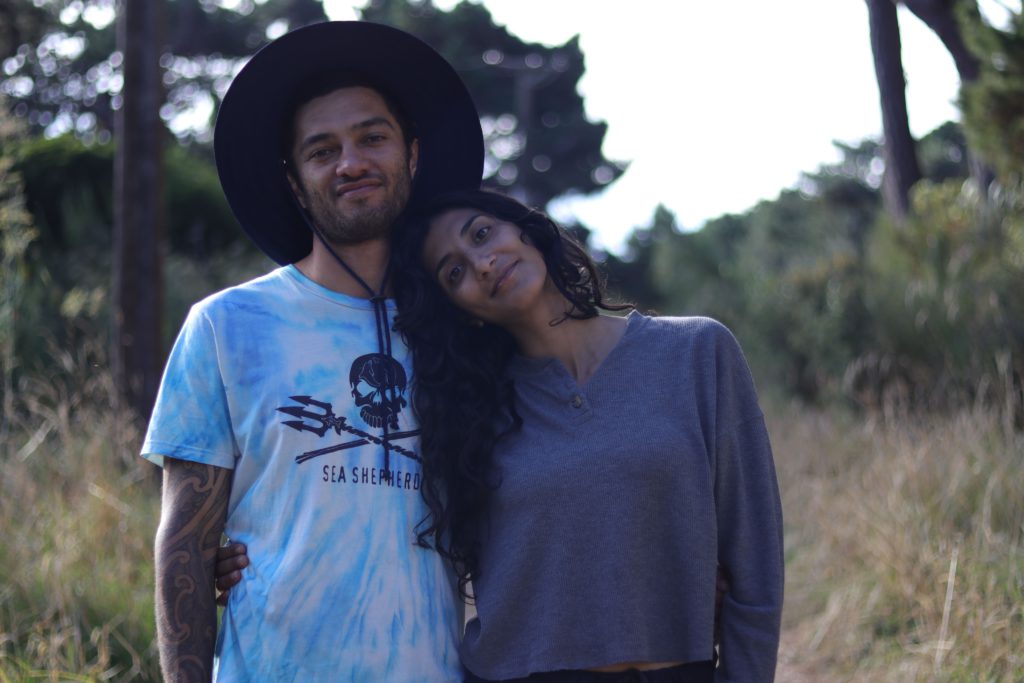 The colonial perspective, which arguably views animals and the natural world as resources to be exploited, also underpins other forms of oppression, explains Seger. “A lot of the ‘solutions’ people come up with are ineffective, because they are not seeing the full picture. ALL is about deconstructing colonial propaganda that upholds animal oppression.”

“We want to be a voice for animals, through a decolonial lens — an organisation that brings a decolonial perspective to animal advocacy,” Huriwai says. “We want to draw links to other oppressions, so that other justice movements in Aotearoa can see that we’re fighting against the same structures.” He believes those connections will be empowering.

Huriwai’s and Seger’s cultural backgrounds have shaped ALL. As well as drawing on values from te ao Māori — the Māori world — especially its focus on holistic well-being, they are committed to affirming Indigenous viewpoints in animal justice. “We are recognising the unique perspective that we can bring to the animal rights movement,” Seger says.

Their cultural backgrounds also played a role in their transition to veganism. Huriwai was vegetarian for several years before going vegan. As a boy, he grasped the impact of meat-eating on animals, but it wasn’t until he understood the environmental harms and health implications of consuming animal products that he turned plant-based.

“One of the main things that turned me into an activist was when I learnt how influential and important the dairy industry was to New Zealand,” he says. He got his motivation for advocating against industrial dairy farming when he recognised the implications of consuming dairy products for Māori and people of other ethnicities.

For seven years, he worked with a Māori health organisation in the Far North, developing wellbeing programmes in schools. There, he noticed the dairy industry was giving away products that were negatively impacting people’s health. From his perspective, in Aotearoa, Māori were dairy’s biggest human victims.

He was also witnessing the effects of pollution on the natural environment. He used to swim in the Mangatawa river every day, but he noticed it was getting dirtier. His connection to that river helped shape the environmental dimension of his activism. Later, he would read scientific reports explaining that rural — often primarily Māori — communities were being affected by industrial runoff, and this would help him make connections between animal agriculture and environmental degradation.

Read our World Vegan Month story about being plant-based in New Zealand.

Seger believes her upbringing in Iraq helped her understand animal oppression. “From a very young age, I had to grapple with the reality that my country was under siege,” she says. “People from other countries were digging into our resources, they were starting wars against us.”

Her parents always told her everything that was going on, so she quickly learned that governments can be corrupt and that atrocities are often committed for profit. “I think that was the seed of veganism within me,” she says, “because later on, when I met vegetarians for the first time and they told me: ‘There’s this horrific oppression happening to animals,’ it was really easy for me to accept that.”

She remembers thinking: “Governments do really messed up things — I know that. They started a war against my country.” Seger adds: “The more you understand that state oppression is a thing, the easier it is to accept new information like that.”

Her parents also taught her about justice and peace. “They were always trying to instil values of compassion, empathy, and understanding — even against the oppressors, even against the militaries that were coming. So that definitely played a huge part in my veganism and helped me accept that a horrific, large-scale injustice was occurring.”

Huriwai and Seger want everyone to embrace justice for animals, but they acknowledge that activism sometimes leaves people behind. “Our activism can’t do that,” Huriwai says. “It has to bring everyone up along with us. Veganism is attainable for all, but there are barriers for some people, and we need to cater our approach for them.”

Ultimately, they want to work with other groups that are seeking better outcomes for everyone — humans and non-humans. “ALL wants to bring animal justice conversations to other social justice spaces,” Seger says. “It’s about helping everyone build connections of linked oppressions,” adds Huriwai, “so we can have a holistic, balanced response.”

Philip McKibbin
Philip McKibbin is a writer from Aotearoa (New Zealand), of Pākehā (NZ European) and Māori (Ngāi Tahu) descent. His book, Love Notes: for a Politics of Love, is published in New York by Lantern.
Previous articleVegan Italian: how to veganise classic pasta recipes
Next articleClothes renting and swapping: the new sustainable ways to shop