Are eggs vegan? And if not, what are the alternatives? 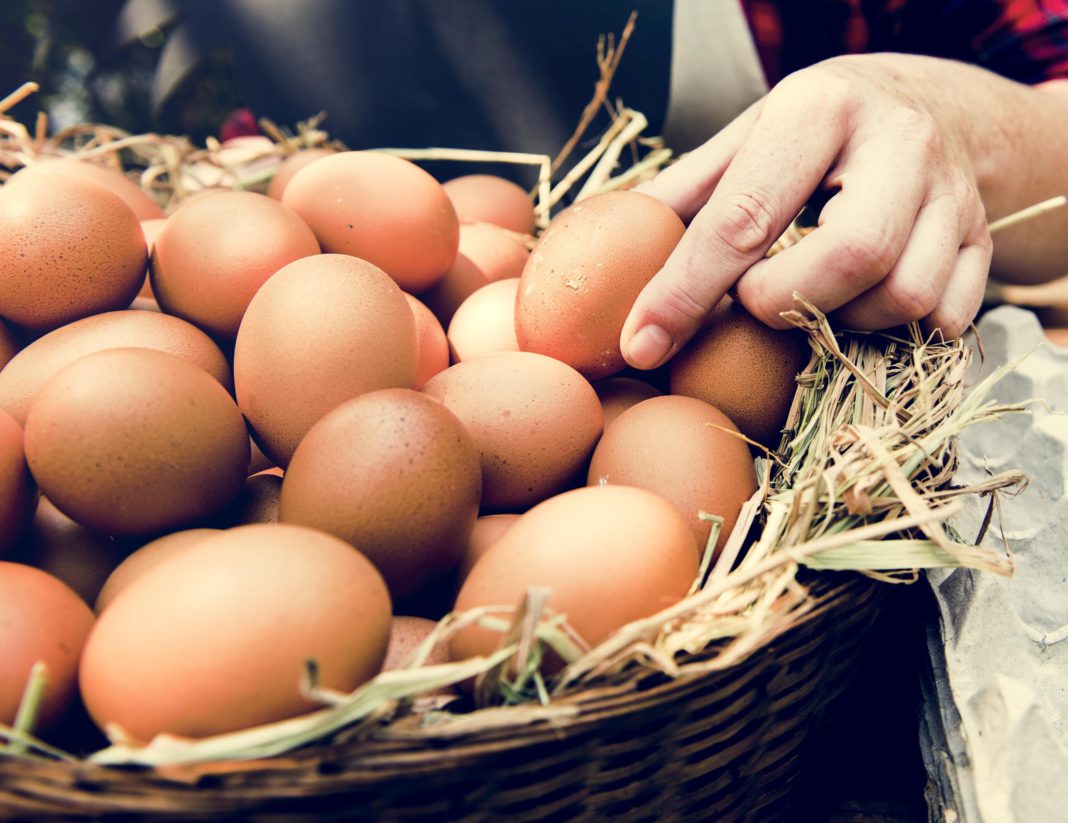 Do vegans eat eggs? To the point, the answer is: no. The article helps you to get in-depth into: are eggs vegan? And if not, why not? Let’s explore further into the vegan diet and what pushes a vegan to go for egg substitute.

‘Vegan’ diet tends to avoid incorporating food of animal origin. Vegans stick to a plant-based diet for morally sobering reasons. You might be wondering that you don’t have to kill for an egg, then why not just eat it? Why do vegans go for egg substitutes then?

To answer the question, are eggs vegan? We would look at the process involving egg production and the health benefits associated with eggs. There are numerous reasons why vegans prefer to go for some egg substitute, and all of them somehow revolve around animal cruelty. Let’s dig into each one of them separately from the lens of a vegan.

The exploitation of female chickens

Vegans avoid every form of cruelty towards animals, and egg production in poultry farms involves exploiting the reproductive systems of female chickens. Hens are kept to reap large profits from them. All this goes against the practice of veganism, whose fundamentals are based against all forms of ill-treatment against animals.

The poultry farms provide as much as 750cm square of space to each chicken, creating a cramped environment. Chickens spend hours standing in this uncomfortable environment.

To garner more eggs in minimum times, the light is altered unnaturally. This is how chickens are manipulated into laying eggs more frequently than their normal cycles.

The business of egg-farming benefits from only egg-laying female chickens. Male chicks are of no use to the farm, so what do they do with them?

These so-called useless birds require money, effort, and attention to be kept alive in an adequate environment and the better option for the farm is to kill them. Following ways are in practice to get rid of male chicks so that they don’t prove to be a burden while the female ones are kept alive until they have eggs to offer.

Spine snapping: this is one of the most common techniques that involves applying pressure to the neck so that the spinal column dislocates from the skull.

Asphyxiation: as the name indicates, this killing method involves carbon dioxide which is followed by a high-speed grinder to slice up male baby chicks.

Since the use of carbon dioxide costs bucks, some businesses just skip the step and throw the chicks alive into the grinder.

Electrocution: we have recently come across a newer method of murdering male chicks, which is equally brutal but a lot cheaper than the other two: electrocution.

Here I put your questions in front of you: are eggs vegan?

We are only halfway through the article, and you already have your answers.

Death to a non-productive hen

Like humans, hens have a limited period for peak productivity, and then the production declines with age. Over the span of a year, a hen can lay over 250 eggs. The second-year follows with decreased egg production and so on.

Now that the hen has reached her limit and is of no use anymore, she is ready to get slaughtered. In a word, there is a timer set for the slaughter upon its birth. She is fed and protected as long as she is laying eggs and helping her master make money out of it.

The point to notice here is that many hens don’t even make it that far. The environment of farms is enough to cause diseases which ultimately leads to premature death.

The natural lifespan of a chicken is 8 to 10 years which is reduced to 18 months until the chicken is ready to get slaughtered.

Do vegans eat eggs of free-range? No. Here is why.

Vegans believe that reality contradicts with what we are generally led to believe. Free-range chickens, by no means, enjoy a jolly time pecking at grass; rather, the free-range hen meets the same fate as that of a battery farm hen.

Unlike how the term implies, free-range birds get only a part of the day to actually roam “free”. Once the yard time is over, hens are supposed to be back inside the indoor pen in a similar environment as a poultry farm.

Hens are as much enslaved in a battery farm as in a free-range, and vegans avoid all such exploitations by definition. Hence, vegans have to opt for an egg substitute in either case.

Read: ‘The Ethics Behind Eggs, and the Best Vegan Alternatives’

Vegans believe that even the eggs from backyard chickens have morally questionable ramifications.

Chickens from the backyard have no good lives either.

Hens get dumped: Naturally, a hen can live for around 8 to 10 years in a backyard environment, but it stops laying eggs way earlier than that. The only thing left here is medical expenses, care and attention, which is very unlikely, especially when you are not getting any apparent benefit.

Are eggs good for human health?

Vegans don’t deem it essential for humans to consume eggs since they contain saturated fat and cholesterol, leading to heart disease. Also, type-2 diabetes is linked with the regular consumption of eggs. Hormone-sensitive cancers and food poisoning are other outcomes.

What vegans think about eating eggs?

Do vegans eat eggs? Definitely not. These are the things that convince a vegan to go for an egg substitute.

What are some good egg substitutes?

There would be an egg substitute for whatever you are trying to make.

Cakes: For instance, the requirement of eggs in a cake can be met by unsweetened applesauce. Or even a banana can also act as an egg substitute.

You can replace one egg with a banana or quarter cup of unsweetened applesauce.

Flaxseed and chia seeds are other egg replacers for most recipes.

In a word, chickens are killed in egg production. When you visit an egg farm, you only see female chickens there. This is because male chicks are killed soon after their birth since they are of little use to the farm. They are sliced up or electrocuted. All of which is apathetic.

The whole cycle of egg production and the business involving it is cruel and inhumane. The hens, once they reach their limit of egg production, are slaughtered. The free-range farms and cage farms both keep their birds in unnatural conditions, one less than the other, but that does not matter. A filthy, cramped place is not what animals deserve. Veganism does not support the concept of torturing animals to gain food, clothing or any other stuff, and this is why vegans cut down eggs from their diet.

Vegans vouch for a plant-based diet, and thus eggs don’t make a part of it. The process of egg production harm chickens. If one is vegan and cares about animals which in this case are chickens, avoiding eggs is his/her best bet.

Damoy Robertson
Damoy Robertson is an entrepreneur and founder of The Vegan Review. Damoy is dedicated to spreading veganism to the masses which he believes will enable people to make better, more informed decisions concerning the way we all interact with animals and our planet.
Previous article‘It’s one giant Twitter thread’: Mark Maslin on his new climate change book
Next articleFreedom Farm: the Israeli sanctuary rescuing slaughterhouse animals