Are fireworks vegan-friendly? A case for a ban on fireworks 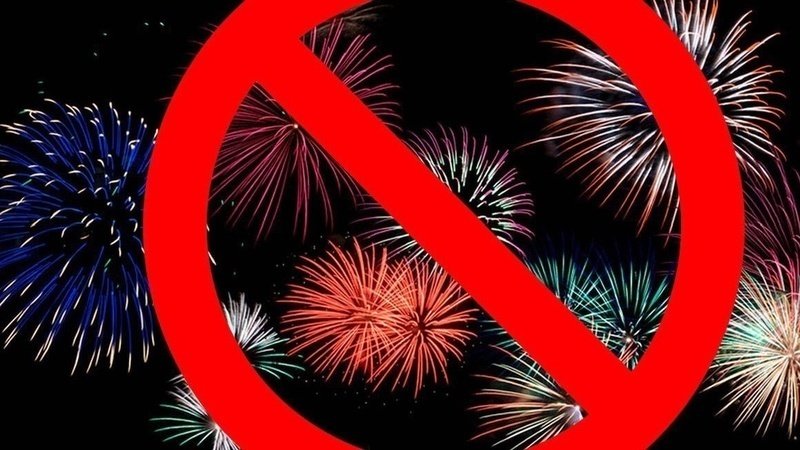 Are fireworks vegan-friendly? There are many reasons why fireworks are damaging, but before we get to that it’s important to remember they are not even vegan because of the animal products they contain.

During the manufacturing process stearic acid is used which is typically derived from animal fat. Certainly, plant-based sources for stearic acid exist but you never know where it comes from when it comes down to fireworks. And because of this, it is imperative that vegans do not support the use of fireworks and actively spread information regarding their negative effects widely.

Are fireworks harmful to animals?

The most obvious and immediate victims are domestic pets. Each year there are numerous reports of dogs who have died from the terror caused by the noise of fireworks. For example, in 2019 an 18-week puppy died at her home and in 2018 a senior dog died at a rescue centre. And these are by no means isolated instances.

Fireworks cause so much fright because animals do not understand what these unnecessary and sudden explosions are. Farm animals are greatly affected, adding even more to their immense suffering at the hands of humans. The noise can cause panic, leading the animals to run into fencing and other equipment.

Wildlife also suffers greatly because wild animals can, again, panic and run into busy roads or even abandon dens. The environment also becomes polluted as chemicals from fireworks can linger in water supplies. Debris is rarely disposed of as the burnt-out remains of fireworks can land anywhere. The list continues.

This powerful graphic from The Forever Dog highlights this strong impact on others: 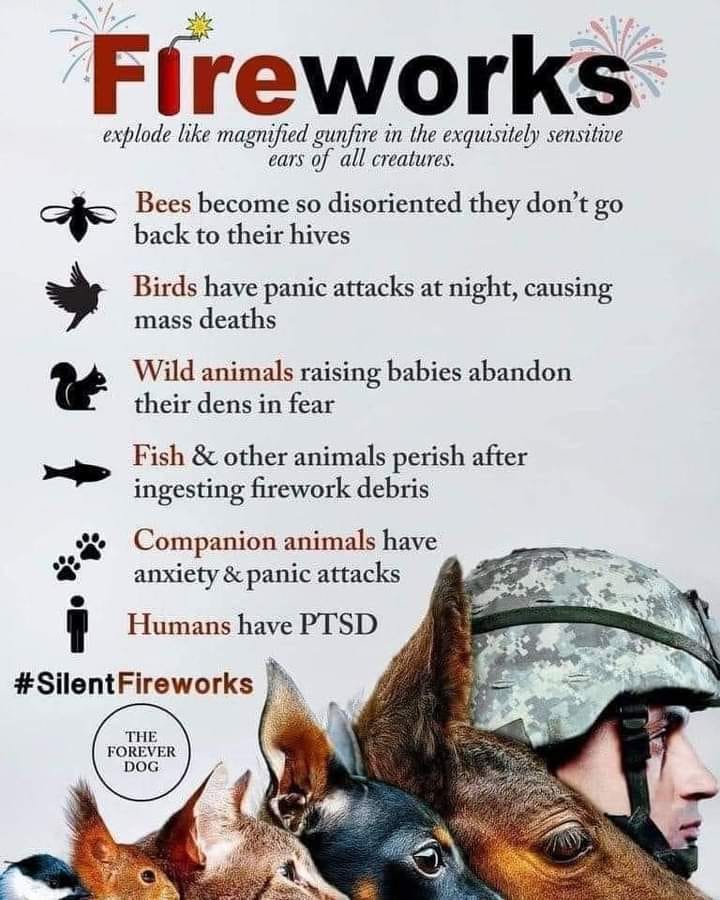 Calling for a ban on fireworks

Sainsbury’s became the first large supermarket in the UK to stop the sale of Fireworks in 2019. Unfortunately, they failed to comment on their reasons at the time deeming it too “commercially sensitive” to speak about. They have however stuck to their decision since. It is a shame that the other major supermarkets have not followed their lead to date.

The RSPCA said “in the last five years, we’ve received 1,621 calls about fireworks and their effects on animals” but rather than calling for a ban they lobby for the responsible use of fireworks and to make them “less frightening” for animals. We need a much stronger and direct stance though if we want to minimise the impact on others.

Vets Now suggest “we need a review of fireworks regulations to prevent supermarkets and other retailers from selling them for private use.” They do not believe they should be used by the public and limited to organised displays only, but this only addresses half the issue.

If you organise a display in the city domestic animals will be affected. Similarly, if you organise it in a remote location, wildlife will be affected. There’s no getting away from it.  Fireworks can never be used responsibly because somewhere there will be an animal negatively affected.  The simplest solution is to call for a complete ban because even organised displays will have an environmental impact.

Read: Should children learn about veganism in school?

Actions that can be taken

Petitions can be signed and spreading as much information as possible is the key. Educating people about the consequences of their actions is the only way to get them to change. It is important to keep this an issue of constant debate because one day more people will start to listen.

Sean Barrs
Sean is a vegan activist and academic. He is writing his English Literature PhD thesis on the politics of diet. He is also an ultra-runner and a proud member of Vegan Runners UK. In the past, he has written for numerous publications including Plant Based News. He came to The Vegan Review to help promote the work of others, he is especially interested in writing on individuals who advocate for the vegan lifestyle through sports and other forms of activism.
Previous articleThe Turmeric Co: Thomas Hal Robson-Kanu tells his story
Next articleIs candy corn vegan?