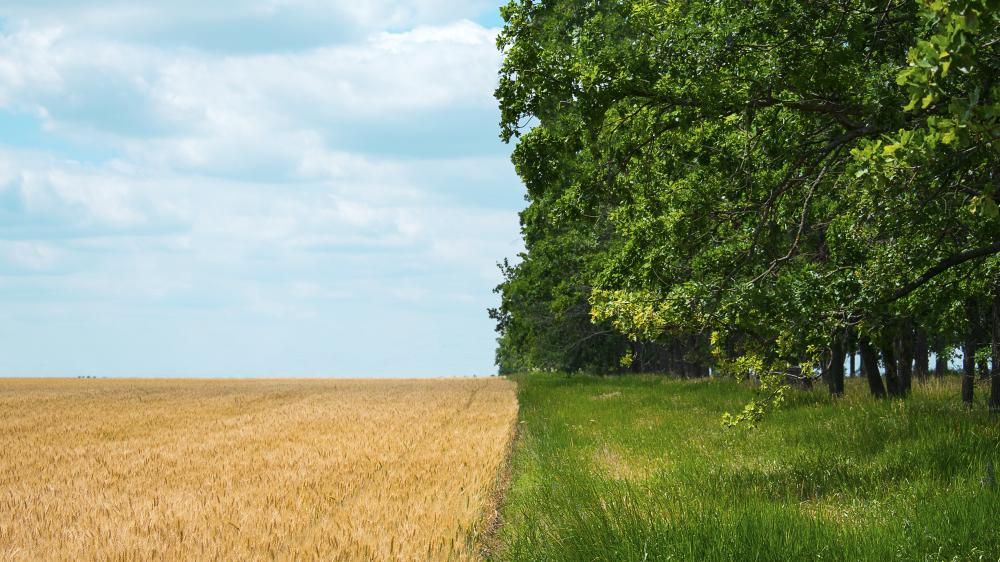 An environmentalist weighs in on the pros of regenerative farming and the validity of The Ethical Butcher’s Regenuary campaign.

“There are more than 220,000 tags on Instagram for Veganuary and an un-scrollable amount on Twitter… where it becomes more about how pretty your food is rather than including information on where it’s come from and the environmental impact it has.”

Writer Emma Henderson noted this in a 2018 post for the Independent titled ‘Why veganism isn’t as environmentally friendly as you might think’. This January, a small meat brand called The Ethical Butcher quoted the above to make its point for what it calls Regenuary: a movement claiming food that is local, seasonal and farmed using regenerative methods — meat or otherwise — is better for the environment.

And while that may seem like an innocuous idea at first glance, the Instagram post cashed in on the popularity of Veganuary, and attacked it. “Sadly, simply swapping out beef and pork for nuts and avocado is worse for the environment than simply choosing to eat well-raised animals.”

What it failed to mention about the Independent’s story, however, is how Henderson goes on to touch upon the growing potential of plant proteins, how most of those are used as feed for farmed animals, and their ability to boost wildlife and biodiversity.

It generated a lot of controversy. As one would expect, pro-meat organisations supported the campaign, while plant-based ones denounced it. Veganuary itself, in a blog post, talked about the importance of what you eat over where it came from. “It’s a common misconception that eating locally is the best way to keep climate emissions from food down,” the article said.

It talked about the Oxford research comparing the greenhouse gas emissions of 29 different foods, which found animal products at the higher end of the spectrum and plant-based food at the bottom. “This research led journalist and environmentalist George Monbiot to state that you could fly a banana six times around the world and it would have less impact than buying beef from just down the road.”

Vegan educator Earthling Ed also tackled the issue on Instagram, debunking The Ethical Butcher’s claims about veganism and its impact on the environment. He used scientific sources like the UN’s Food and Agriculture Organization, Global Food Security and Science Magazine. “Veganuary has not only become an important part of the cultural zeitgeist, but also continues to smash sign up records every single year,” he wrote. “And thankfully for the sake of every living being on this planet, I’m afraid to tell you, @ethicalbutcher, it’s never going to become Regenuary.”

But whose claims hold up? Fer Aller, an environmentalist and sustainable leader, says we need new systems of food production, whether animal or plant. “The current systems are not an alternative for the environment, health, and planet. Regenerative and other types of systems are possible alternatives for sustainably and healthy food.”

While she points to certain scientific models that show how regenerative farming and the extensive grazing of animals could reverse climate change to pre-industrial levels within one generation, Aller estimates that a small percentage of the UK’s meat is grown in a regenerative manner.

She explains the problem with the current production system, which focuses on overcrowding animals. “Breeds are highly genetically selected to produce meat, eggs, milk or other products in a short period of time. Animals need large amounts of food and water, and they produce massive amounts of waste. This type of animal production relies on crops for feed, and every year the demand in animal-based foods increases faster than the demand for plant-based foods.”

But regenerative farming, the basis of Regenuary, is the opposite. The farms are smaller, breeds traditional, and animals grazed for feeding. “That means it needs less land and is less dependant on external crops. It has low waste generation because all manure is incorporated to soils during grazing.”

Aller adds that crops are growing in the same way as animals, with monoculture crops using highly genetically-selected varieties like soy and wheat: “That also has environmental problems, like the loss of soil fertility and biodiversity, and watercourse contamination by pesticides and fertilizers.”

However, she agrees with Earthling Ed. “He is right indicating that a plant-based diet is more sustainable than the animal-based diet, and there is scientific literature about it.” While the environmentalist understands the benefits of regenerative farming, the same can’t be said about Regenuary: “I didn’t understand the post about regenerative agriculture.”

Anay Mridul
Anay is journalism graduate from City, University of London, he was a barista for three years, and never shuts up about coffee. He's passionate about coffee, plant-based milk, cooking, eating, veganism, writing about all that, profiling people, and the Oxford Comma. Originally from India, he went vegan in 2020, after attempting (and failing) Veganuary. He believes being environmentally conscious is a basic responsibility, and veganism is the best thing you can do to battle climate change. He gets lost at Whole Foods sometimes.
Previous articleDenmark promotes climate-friendly diets in new guidelines
Next articleEating vegan foods to help lower blood pressure: does it work?