Are Skittles vegan or do they taste of more than the rainbow? 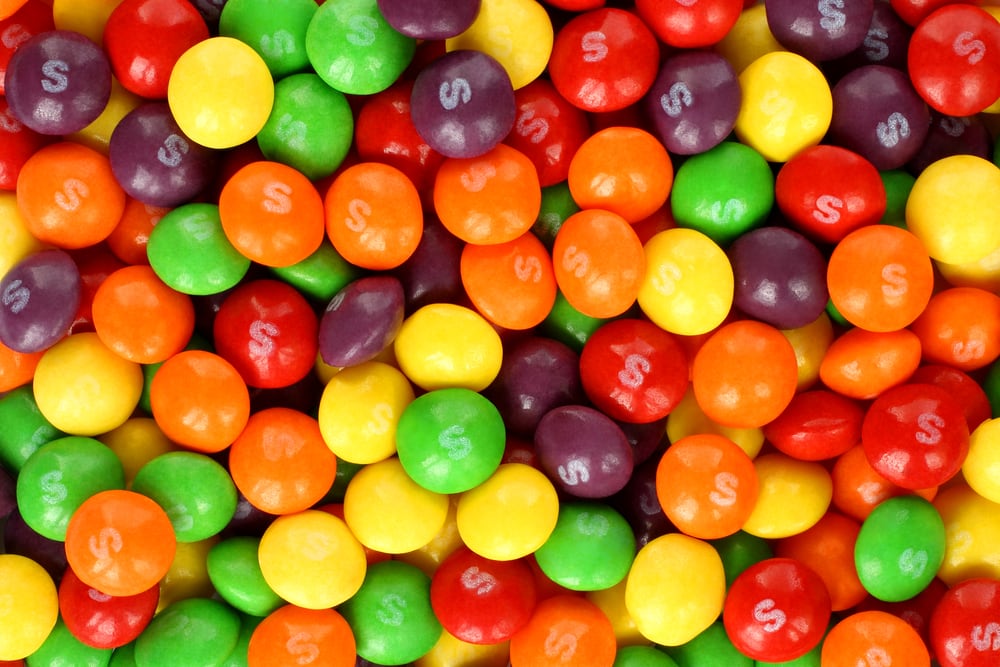 The hunt for an easily sourced and tasty sweet treat could be over, for vegans who love Skittles and don’t take ingredient production methods to heart.

If you rip open a bag of Skittles and throw them back, will you be tasting the rainbow or animal-derived products? It’s a question that many have asked and we are going to give you a straightforward answer once and for all.

Regular Skittles, with no fancy flavours, gimmicky soft shells or new colours are vegan. So, where does the confusion come from? 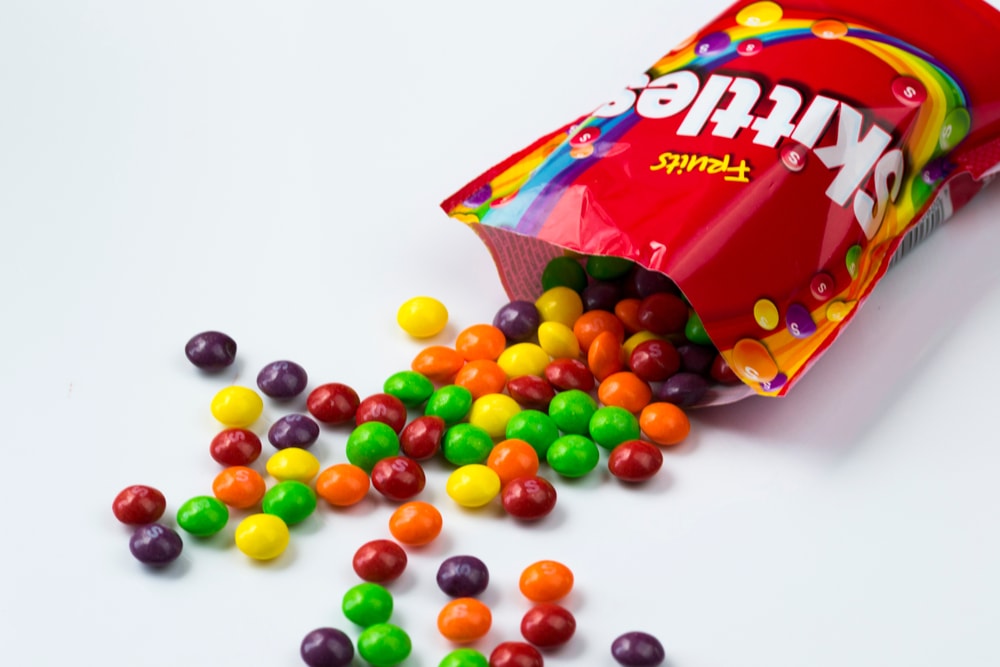 As with most commercially produced foods, there are a number of preservatives, additives and colourings to be wary of and without time to Google each one. Many vegans have bypassed eating Skittles, just in case. Sure, most will have tried checking the ingredients, but without knowing where colours Red 40 Lake, Red 40, Yellow 5 Lake, Yellow 5, Yellow 6 Lake, Yellow 6, Blue 2 Lake, Blue 1, Blue 1 Lake, and titanium dioxide come from, why chance it?

It’s not just bizarre-sounding colours that pique vegan interest either, as sugar, corn syrup, hydrogenated palm kernel oil and citric acid don’t exactly put a mind at ease. While none of these are animal products or even derived from animals, nor are they exactly natural and palm oil is particularly concerning. Known to be detrimental to the habitats of many animals, it is unsustainably sourced and high on the ingredient boycott list for many ethical eaters.

Is there anything healthy in Skittles?

Skittles, the fruit-flavoured commercial sweets, have never been marketed as anything other than a sugary treat. In terms of health benefits, it’s a hard no, but a cursory look at the ingredient list does show both natural and artificial flavours, colourings and an inferred inclusion of at least some real fruit juice.

This is one of those times when it’s important to remember that not everything consumed as part of a vegan diet is healthy and that animal-based products are not the only cause of dietary issues, weight gain or digestive distress.

What about the limited edition releases? 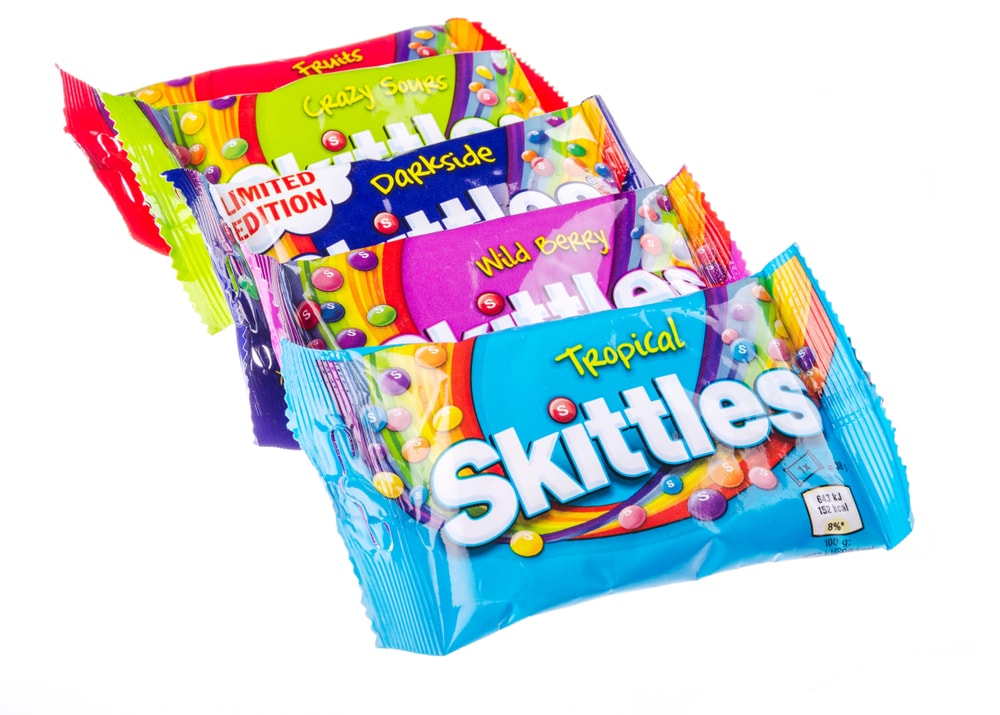 We’ve established that the original Skittles are vegan, offer no issues of grey morality and are a sugary product suitable for vegetarians and vegans alike, but what about the weird and wonderful special releases that come out periodically?

There are no guarantees that they will follow the same production methods or use the same ingredients, so you’ll need to double-check before buying. Some confirmed vegan-friendly variations include:

Previous seasonal offerings have been shown to be not vegan, so do not assume that because most are, they all are.

Have Skittles always been vegan?

No. The recipe was adapted back in 2010, to remove gelatin and five years later, carmine was replaced as well. Also known as cochineal, E120, Natural Red Lake and Crimson lake, carmine is an animal-derived food colouring, so if you have any old bags of sweets laying around, you’re going to need to check the ingredients list.

Should I be worried about the parent company?

Mars produces Skittles and has an unappealing history when it comes to animal testing — a practice it still uses whenever “appropriate”. It also manufactures a huge number of products that aren’t vegan-friendly, so if you look to extend your buying power to companies that are plant-based through and through, Skittles might not be on the menu for you anytime soon.

Are Skittles vegan? Yes. Do they come with other issues to consider before eating? Of course. Whether they prevent you from buying a bag is entirely up to you though.

Amy Buxton
Amy is a committed ethical vegan, raising a next generation compassionate human with her husband and their beloved dog, Boo. A freelance writer with a background in PR, she decided to use the COVID lockdown period to refocus her client base and has come to The Vegan Review as a senior writer and editor, before moving into her external content director role. "What we should be doing is working at the job of life itself" is Amy's mantra, courtesy of Tom from The Good Life.
Previous articleVegan restaurants increase house prices by over £3,000
Next articleAre bagels vegan? Everything you need to know