How Artificial Intelligence (AI) is boosting the plant-based industry 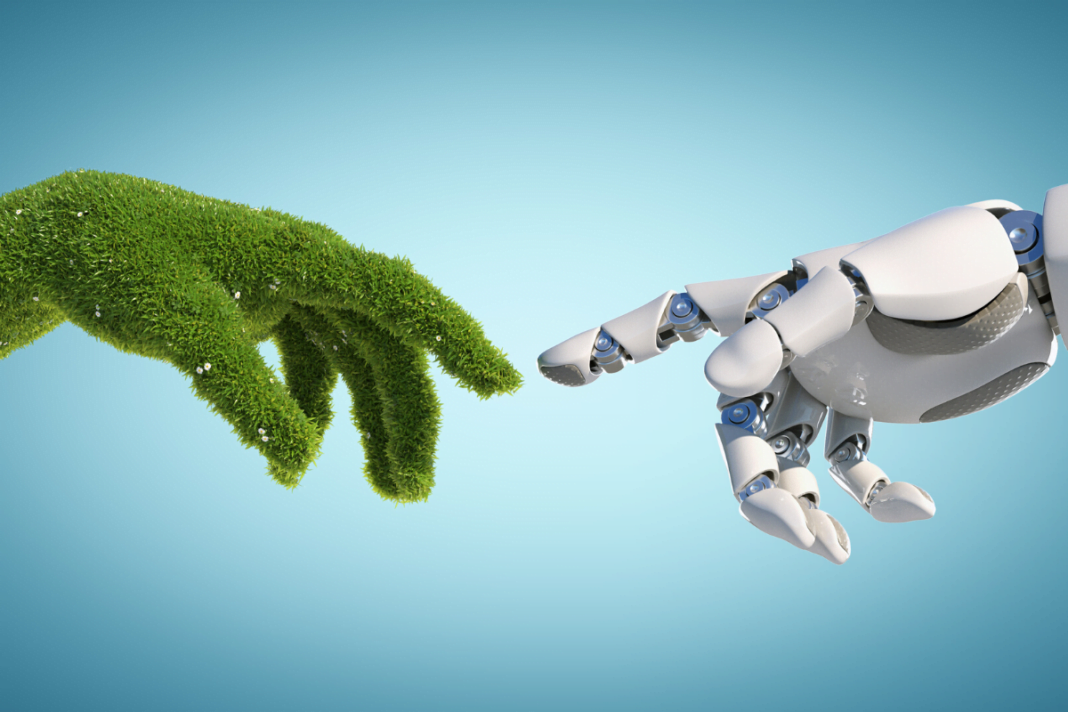 Veganism is swiftly on the rise, but a higher investment in plant-based focused artificial intelligence (AI) could soon produce an even steeper curve.

AI is leading the way for success in a lot of industries, from transport, to architecture, to medicine. But its most recent investment is the food industry, more specifically, plant-based.

In 2016, Eric Schmidt of Google predicted the tech industry’s rising “moonshots”, technologies that would improve the state of art by 10 times. After explaining that cows alone produce up to 15% of global warming, he stated that “Nerds Over Cattle”, or meatless meat, would be technology’s most popular new investment. Using plants exclusively, AI could help to lower emissions and feed communities worldwide.

This opinion is widely agreed among the tech community. Dr. Beril Sirmacek, an AI lecturer who has conducted vast research on finding solutions for a “safer and healthier world”, believes without turning vegan, “we humans have no future on the planet. Pandemics and climate change are the most painful signs already.”

Bill Gates also recently stated: “Remaking meat is one sector of the food industry that is ripe for innovation and growth.” Long-term vegan and director of Pods Up North, Anthony McGinley believes AI can positively impact the plant-based industry. “I’m way past the Sci-fi fears. I welcome it,” he says.

But as creatures of habit, many people are afraid to make the switch – especially if they are told their food is created in a lab, or by robots. 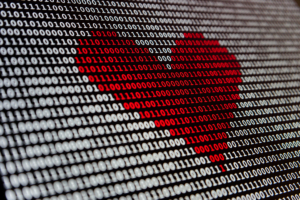 Global Data’s 2018 Q4 Consumer Survey indicates health significantly shapes the way 65% of people buy their products. Generation X, Generation Z, and Millennials, the main advocates for veganism, are a major factor in this.

While the plant-based lifestyle is widely associated with a healthy lifestyle, many consumers worry this isn’t the case.

Annie Edney, founder of Vejie Media, a creative communications studio focusing on plant-based brands, says it’s important to remember “just because a food product is plant-based, doesn’t necessarily make it healthy.” Adding: “many brands use additives and preservatives to prolong the shelf life and to achieve a similar consistency, taste or texture to meat and dairy.” But she points out that health is where AI could come make a real impact: “If food products continue to be adjusted to suit specific health problems, it will truly be life changing for some people.”

However, the biggest problem lies within how businesses communicate to their customers. McGinley believes the toughest challenge they will face is using [AI] in their marketing.

One way companies can begin to reverse this fear is complete transparency.

In building a sense of trust with their consumer base, they may begin to see a shift in customers’ mindsets.

Why the need for AI? 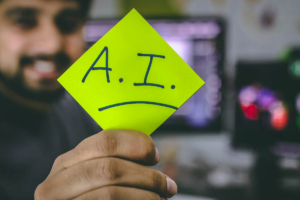 Before AI, scientists had to follow a series of steps, beginning with searching the planet for edible plants, followed by a thorough analysis of each candidate. They identified how the plants were made: from the molecules, to how each component worked with one another. These details were then inserted in a database containing millions of entries.

According to the FAO, there are 250,000 plants we as humans can eat. But analysis alone isn’t enough. Scientists explain that when putting ingredients together, it can be difficult to predict how they will react – sometimes causing unpleasant textures or flavours. The outcomes are highly unforeseeable.

With AI, it’s a whole other ballgame. The computer learns by trying and failing repeatedly at a speed higher than any human could obtain, because of its more logical pathway.

Plant-based brand JUST Egg started on the philosophy that: “If you crave something that tastes really freaking good and is less expensive, even if you don’t give a damn, you end up choosing it,” explains their founder Josh Tetrick.

Tetrick always goes for the healthier option but understands that healthy and sustainable diets are not something everyone would voluntarily choose. But machine learning algorithms permit an easier way to achieve simple and interesting meat substitutes for those who find it more difficult.

Elliott Reimers, NASM certified nutrition coach at Rave Reviews, fully trusts AI in selecting alternatives to meat, because it isn’t just a machine, but it learns from data humans are already familiar with. He adds: “AI learns over time, so it might not immediately know what is best as a meat substitute. But with time, it would be more efficient than it is now.”

AI production also means less environmental ramifications. But for a lot of people, this connection between animal-based products and the environment is not obvious. So Sirmacek says “those meat alternatives could offer support to people during transition.”

Isabel Sachs, a plant-based blogger, says AI would be “super helpful” in speeding up the vegan movement. She says AI should not just be used for individual ingredients but for meals as a whole. “I eat an omelette with salad, what could I eat or prepare instead with real, whole foods?”

Creating meals that are packed with nutrition and are accessible to the masses is another element scientists seek to achieve.

Speeding up the industry

Every year, we are seeing a sharp rise in ready-meal consumption. Statista reports that forecast revenue in the “Ready-to-Eat Meals” segment for 2020 amounts to $406,660m (US). This market is expected to grow by a further 5.2% annually between now and 2025. They add that the average per capita consumption of ready-made meals stands at 9.4kg in 2020.

Many consumers attribute preparing plant-based meals to being a time-consuming task. “For those who contemplate switching from meat and dairy to plant-based, it can come down to being creatures of habit, which means accessibility and convenience is key,” Edney says.

AI means this concept could be reversed. Veganism could join this upward curve in simple, speedy dishes, while maintaining the same qualities of sustainability and wellbeing.

What are we missing?

Despite all this, some vegans still feel they lack certain luxuries in their diet.

McGinley confesses his love for pizza, and while he has conducted research, he is “yet to find a perfect cheese replacement that can do that stringy thing hot mozzarella does.”

Edney loves nut cheese but often finds “limited or no options on the shelves.” She hopes this aspect will soon see some growth.

Sachs says the one thing she really misses since turning vegan is creamy chocolate. While there are some exceptions, she can’t wait for AI to find a proper replacement.

Nonetheless, this technology is still in its early stages. And the industry has in fact seen some companies launch successful new concepts.

Fazenda Futuro is a South American start-up that has used ingredients like pea, soy, and chicken protein to replicate the smell and texture of an animal-based burger. Its replicate also contains the same nutritional value of a beef burger.

Chilean based company, NotCo, began its journey by finding a substitute to mayonnaise. When discovering Chile consumed the globe’s third biggest amount of the product per capita, it felt appropriate to start there.

Their mayonnaise uses peas, basil, potatoes and canola oil to achieve the same outcome, minus the dairy. They then moved on to milk, as it provides a good base for the next products they wish to launch, and is a staple in a large sector of the South American market.

Each of their products is produced by AI robot, Giuseppe – named after Renaissance painter Giuseppe Arcimboldo, renowned for his fruit and vegetable-constructed portraits. Giuseppe uses traditional machine learning processes, extracting the chemical, molecular, and nutritional components of ingredients. NotCo takes pride in ensuring they keep the environment, health and taste central to achieving every final result. Soon they hope to launch a Greek yogurt and chocolate created from their own milk.

Edney discusses FuturFarm, a company in association with Plymouth University looking into “hydroponically grown plants, where the nutrient mix is adjusted to stop disease, increase nutritional value and intensify flavours.” The AI’s cameras can even recognise diseases. She believes that when this takes off, AI “will become more prominent on a personal level.”

One day, Edney hopes that AI will be so advanced, it can take “DNA, gut health, deficiencies and dietary restrictions all into account before creating a bespoke menu for each individual.” The future is here for the plant-based industry, and with the help of AI there is a soaring potential growth.

Olivia Rafferty
Olivia is the Assistant Editor of The Vegan Review. An aspiring Middle Eastern correspondent currently studying journalism at City, University of London, she is passionate about the planet, she believes veganism is the first step to solving the complexities of climate change.
Previous articlePETA to make vegan starter kits
Next articleIs Dove really cruelty-free?