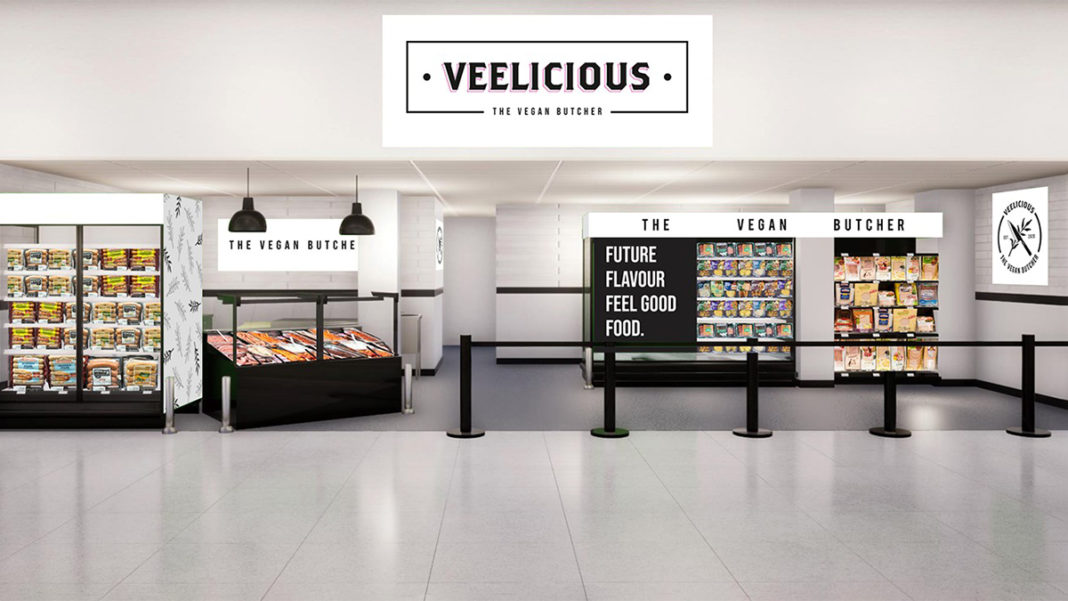 Months after launching the country’s first ambient vegan aisle, Asda is trialling a vegan butcher concept in its Watford store.

Asda is extending its foray into the plant-based sector with a trial concept for a vegan butcher counter, Veelicious, in its Watford supermarket.

In partnership with vegan concept creator Kbox Global, the counter opens as a six-month trial coinciding with Veganuary and will offer a consistent plant-based offering, including vegan bacon, bean burgers and plant-based meatballs

The launch of Veelicious comes soon after Asda became the first British supermarket to release an ambient vegan aisle in some of its stores last year. It also recently opened a sustainable store in Middleton as part of its wider plastic reduction strategy.

With Veganuary underway and plant-based eating on the rise, Asda is forecasting a 391% increase in year-on-year sales this January. It was named Q Awards’ Vegan Retailer of the Year 2020, and with the new vegan butcher counter, Asda is already looking ahead.

With prices starting from as low as 75p, Veelicious will offer a range of plant-based meat alternatives, like vegan lamb and black pudding. Additionally, it will also have a small selection of vegan cheeses, ready-to-eat meal kits (it ranks second amongst British supermarkets for the number of meatless ready meals) and plant-based staples like chutneys and base cooking sauces.

Apart from the vegan butcher counter, Asda also added 20 meat-free alternatives to its Plant Based range this Veganuary, which include vegan chicken nuggets, own-brand soy mince and plant-based steak bakes. The retailer has seen a 175% year-on-year rise in search for ‘vegan’ on its website.

Preyash Thakrar, Asda’s chief strategy officer, said: “We recognised the importance of helping our customers with their Veganuary journey, which includes partnering with Kbox to trial Veelicious in our Watford store.

“Across our product range, we offer many options for vegans and flexitarians, such as meat-free alternatives and vegan cheeses, ensuring that our customers don’t have to compromise on quality, taste or value when following a plant-based lifestyle. Veelicious will be a ‘test and learn’ trial to help us understand what resonates with customers to enable us to enhance our plant-based proposition.”

Salima Vellani, founder and CEO of Kbox Global, added: “Veganism is now a mainstream, healthy and environmentally sustainable way for anyone to eat. We are pleased to be working with one of the country’s leading supermarkets to give consumers more of what they are asking for.”

Anay Mridul
Anay is journalism graduate from City, University of London, he was a barista for three years, and never shuts up about coffee. He's passionate about coffee, plant-based milk, cooking, eating, veganism, writing about all that, profiling people, and the Oxford Comma. Originally from India, he went vegan in 2020, after attempting (and failing) Veganuary. He believes being environmentally conscious is a basic responsibility, and veganism is the best thing you can do to battle climate change. He gets lost at Whole Foods sometimes.
Previous articleStrait of Gibraltar: Conservationists call for wildlife protection in Alboran Sea passage
Next articleWhat are the Sustainable Development Goals by the United Nations?