Asda wins Free From Retailer of the Year award 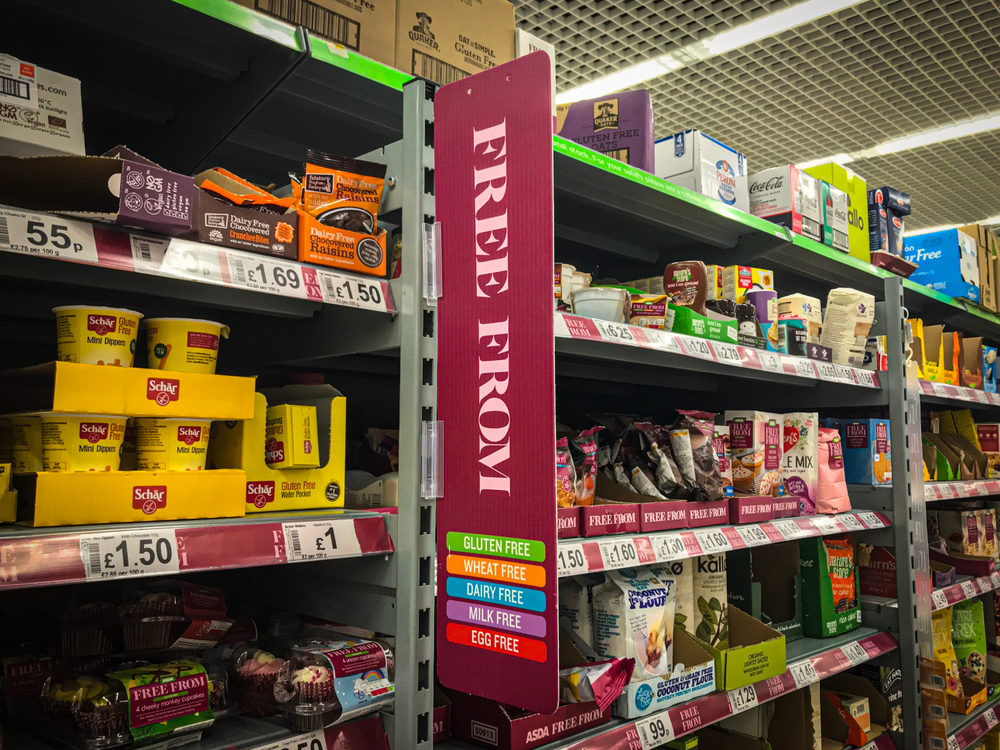 Bagging 36 honours at the Free From Food Awards 2021, Asda won Retailer of the Year for its evolving free-from range.

Asda has been named Retailer of the Year at the 2021 Free From Food Awards, which was one of the 36 accolades it won on the night.

The Free From Food Awards had 27 categories this year, with winners placed into Gold, Silver and Bronze medal sub-categories. Asda, one of the UK’s Big Four supermarkets, bagged two gold, 14 silver and 20 bronze medals, which included the top award, the Free From Retailer of the Year.

The gold awards were for Asda’s gluten-free puff pastry and Italian-style meatballs from its Extra Special range. Among the silver medallists were its vegan garlic and chive cheddar block, dairy-free chocolate ice cream, soy yoghurt and free-from fusilli. Asda’s own-brand hazelnut milk, vegan sausages, plant-based smokey three-bean chilli, and eight-pack of alt-meat burgers were some of the products that won the bronze medal.

Asda has been investing heavily in free-from and vegan product development as well as accessibility and affordability. Last year, it became the first UK supermarket to launch an ambient vegan aisle in many of its stores. A month later, it announced that it was slashing its Free From range prices to achieve parity with conventional products like flour, pasta, cereal and cheese. This was due to a £6.1 million investment into pricing, so consumers purchasing Free From products don’t have to pay more. In January, it trialled a vegan butcher concept in its Watford store.

The grocer also redesigned its packaging to “modernise the range” and enable easier shopping, all the while removing 16.27 tonnes of plastic from its packaging.

Health has also been another focus for Asda, with 593kg of salt and 4.4 tonnes of sugar removed from its Free From range, significantly reducing the “number of red traffic lights on packs”. It has also fortified relevant products to include vital vitamins.

The retailer has also launched 38 more products, taking its Free Form offering to 202 products and expanding consumer choice. “Recognition from the awards body is a real credit to the hard work of our colleagues and suppliers who have made it their priority over the last year to make sure our Free From offer is the best it can be for our customers,” said Sam Dickson, Asda’s vice-president of own-brand.

“We’re proud to be an inclusive retailer which offers great value and choice to all customers, whatever their dietary requirement or lifestyle choice.”

Anay Mridul
Anay is journalism graduate from City, University of London, he was a barista for three years, and never shuts up about coffee. He's passionate about coffee, plant-based milk, cooking, eating, veganism, writing about all that, profiling people, and the Oxford Comma. Originally from India, he went vegan in 2020, after attempting (and failing) Veganuary. He believes being environmentally conscious is a basic responsibility, and veganism is the best thing you can do to battle climate change. He gets lost at Whole Foods sometimes.
Previous article5 upgraded vegan pantry staples for when you want to treat yourself
Next articleWhat it’s like making a vegan documentary during a pandemic