All the tea about that vegan fried chicken shark tank pitch 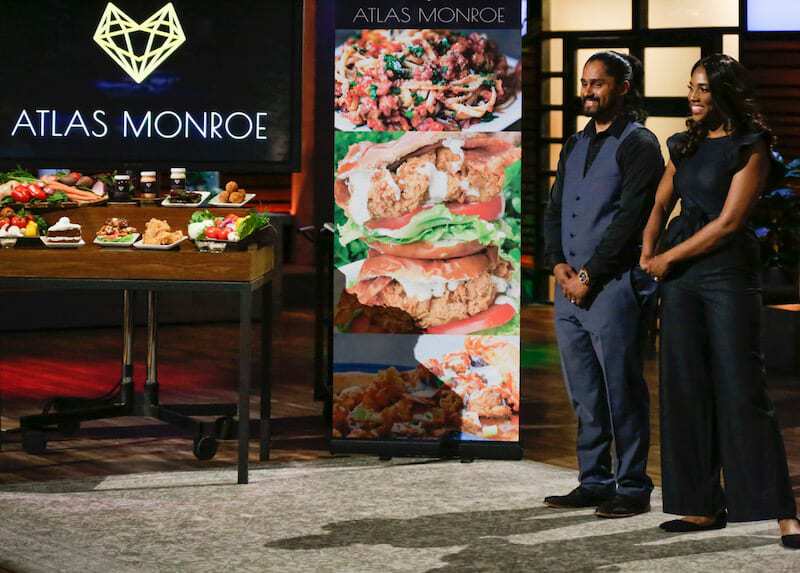 When Deborah Torres turned down a $1 million offer, her vegan fried chicken Shark Tank episode became one of the most discussed in the show’s history.

Deborah Torres is an entrepreneur with vision and a personal connection to veganism. Seizing her opportunity to appear on ABC’s Shark Tank, she was excited about the prospect of raising enough investment to expand her vegan fried chicken business, but little did she know her experience would be an inspiration to countless others.

Why did Torres start experimenting with vegan foods? Because her father was diagnosed with type 2 diabetes and she wanted to help him get to grips with healthy food that didn’t feel like a compromise on the flavours he already enjoyed. The really surprising element here is that prior to the founding of what would become Atlas Monroe — the largest deep-fried vegan chicken manufacturer in the world — the whole family came together and went raw vegan for three full months.

Acknowledging that the raw diet was hard, Torres remains grateful for it, because her father’s diabetes was fully reversed, leading the family to commit to staying plant-based and offering extra motivation when it came to starting Atlas Monroe.

Living in the UK? Don’t fret, as Temple of Seitan has you covered for vegan fried chicken. 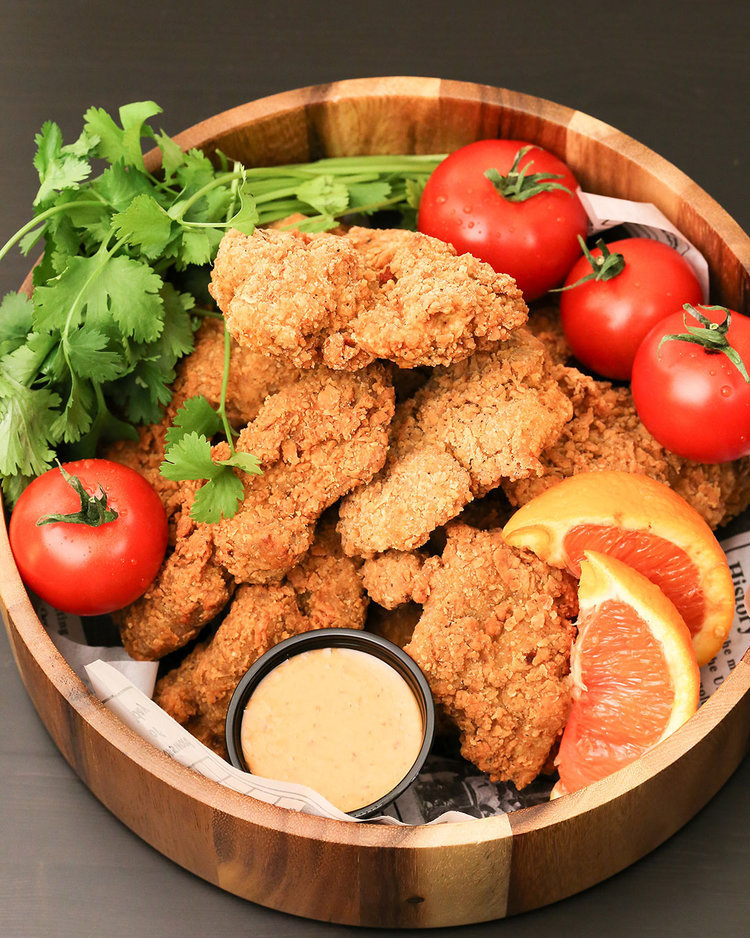 The nature of television programmes such as Shark Tank means that they are exploitative, and while some naive business owners have fallen prey to unreasonable percentage grabs in exchange for much-needed funding, Torres exhibited strength and class.

Looking for $500,000 in exchange for a 10% stake in Atlas Monroe, she presented the panel of sharks with a sample of her fried chicken. All agreed that it was not only delicious but also that they were fooled by it, believing it to be real chicken. So far, so good, but what would be counter-offered and eventually aired shocked Torres to her core.

Instead of offering the $500,000 she needed, Mark Cuban and guest shark Rohan Oza joined forces to offer $1 million for the entire operation, while giving Torres a 10% royalty allocation. While offering a million dollars might have seemed incredible, Torres understood that she had a valuable product and wanted to retain control over it, not least because she was genuinely plant-based and creating food from a place of love, not profit chasing.

After the show aired, Torres took to her social media channels and interview opportunities to set the record straight about the disingenuous editing of the program, claiming that the show had been masterminded to make her look uneducated and flustered. In reality, Torres graduated from high school aged 15 and completed her first degree aged just 17.

Reflecting on her experience, she notably remarked: “I think God works in mysterious ways because what was meant to harm me propelled me to where I am today — the proud and sole owner of the world’s largest vegan fried chicken manufacturing company and 100% owner of a multi-million dollar manufacturing facility.”

The San Diego manufacturing facility acquisition is just one in a long list of growth endeavours, which Torres predicts will be fast, self-perpetuating and future-friendly. To think that ownership of a multi-million dollar vegan fried chicken company could start with adopting a vegan diet to reverse type 2 diabetes is staggering. To reject a million-dollar buy-out is brave, but having the confidence to remember what we are worth is priceless, especially in the face of media pressure and convoluted editing. 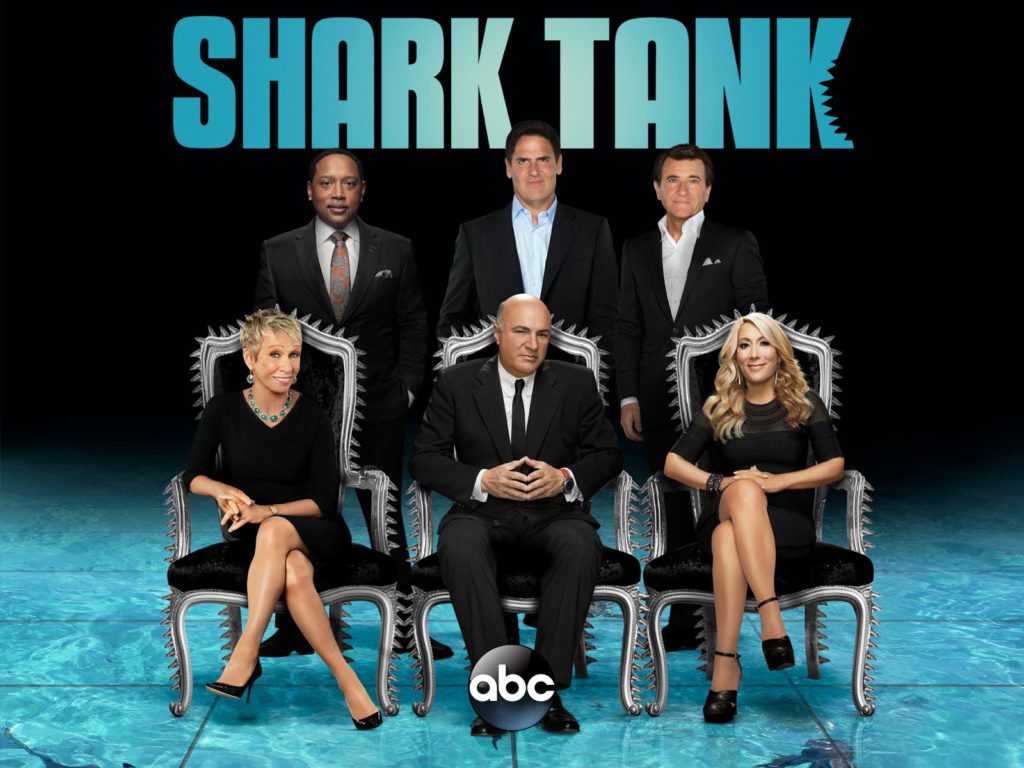 Atlas Monroe is proof itself that with self-belief and a great product, success can be enjoyed on the terms that suit individuals. Not at the behest of billion-dollar investors who see numbers, not faces, community or progress. Hopefully losing out on the opportunity to work with a brilliant woman in one of the fastest-growing consumer sectors hasn’t caused Mark Cuban to lose too much sleep. Though we can probably all cope if it has.

Read about the Everything Legendary vegan burgers that shook up Shark Tank.

Amy Buxton
Amy is a committed ethical vegan, raising a next generation compassionate human with her husband and their beloved dog, Boo. A freelance writer with a background in PR, she decided to use the COVID lockdown period to refocus her client base and has come to The Vegan Review as a senior writer and editor, before moving into her external content director role. "What we should be doing is working at the job of life itself" is Amy's mantra, courtesy of Tom from The Good Life.
Previous articleNo Meat May sees 65,000 ditch meat and fish
Next articleClimate-friendly food and plant-based farming centre of new green conference