Should Australia endorse a carbon tax on red meat? 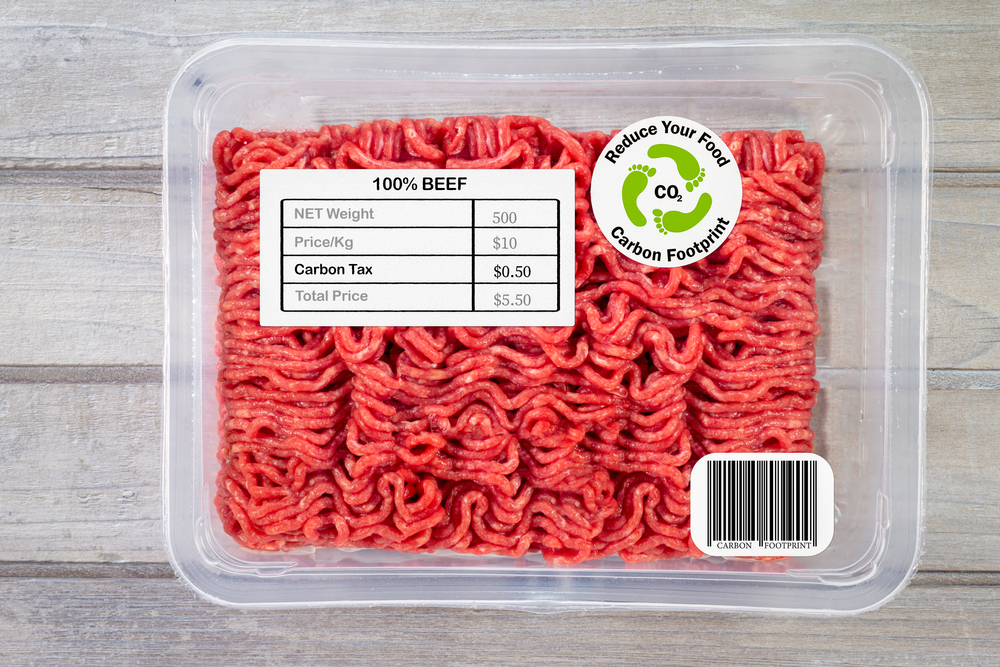 Would a carbon tax on red and processed meat in Australia make people buy less meat and transition to a plant-based diet, and how would it affect the beef and sheep industries?

Eating too much red meat, including beef, lamb, and pork can be seriously harmful to our health. Overconsumption of red meat may raise the chances of having type 2 diabetes, stroke, heart diseases, or even certain types of cancer, such as colorectal cancer, pancreatic cancer, and prostate cancer.

It is so dangerous that in 2015, the World Health Organisation classified red meat as Group 2A, which refers to foods “probably carcinogenic to humans”. Moreover, the WHO placed processed meat in the same category for carcinogens as alcohol, tobacco, and asbestos as there has been sufficient evidence to link processed meats to a major cause of colorectal cancer.

Yet, Australia’s red meat consumption is booming. Australians have one of the highest consumptions of red meat per capita in the world, and that’s unlikely to change in the following years. On average, Australians consume 92kg of meat per person annually — beef, veal and pork accounting for 43.6kg of that. That is thrice more than the amount of red meat recommended by health guidelines. This red meat obsession causes the Australian public health system, directly and indirectly, billions of dollars.

Health issues aren’t the only problem of eating too much. According to the Food and Agriculture Organization, the livestock sector and red meat production contribute to climate change, and are a major source of deforestation, acid rains, clearing and degradation of land and water, coral reef degeneration, and the loss of habitat.

In the last 200 years, Australia has lost 40% of all its forest cover. 55% of the total land area is used for the agricultural sector, with the majority to feed and raise animals for human consumption. 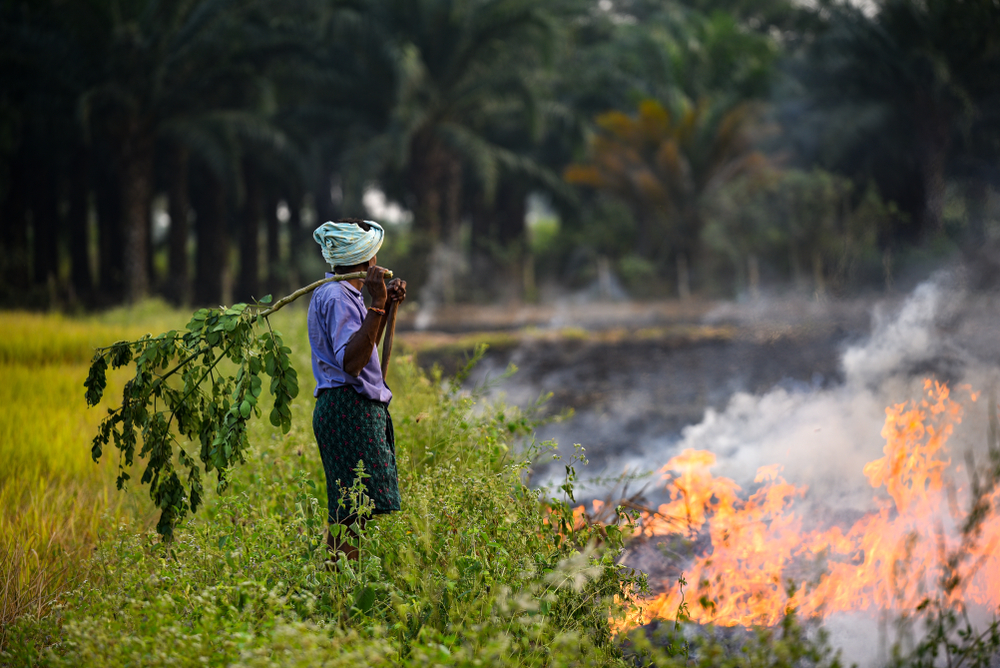 The carbon tax on red meat and its limitations

Introducing a tax on red meat has the potential of reducing this high red meat consumption, combating the health risks that are associated with eating too much red and processed meats, and lessening carbon dioxide production. This concept of a levy would be nothing new, as the Australian government has already imposed a tax on tobacco and alcohol.

However, two great barriers are preventing the Australian government from imposing a carbon tax on red meat. The first is that Australians are unhappy with the proposed idea. Eating red meat is so deeply embedded in the Australian food culture that people refuse to pay more for something that contributes to national pride and history.

With websites like Good Meat and beef campaigns all around the TV and social media, promoting sustainability, “humanely slaughtered” beef, and red meat as a part of a balanced diet, it is hard for some to believe that consuming this much red meat is harmful not only for Australians but for the environment as well.

The carbon tax also potentially means that red meat would suddenly become less affordable for many Australians who already struggle to make ends meet. This is a concern of Kristy Alger, the president of Animal Liberation Tasmania. She says: “A carbon tax, if implemented, must be paired with a food justice policy that guarantees fair and equitable access to plant-based foods to ensure people have the education and the means to appropriately replace red meat as it becomes priced out of affordability.”

She adds: “Otherwise, a carbon tax would become just another ‘poor’ tax and it won’t stop affluent people from buying it.”

The other limitation of implementing the carbon tax on red meat is the significant contribution of the industry and livestock to the Australian economy. The sector employs some 434,000 people and contributes $17.6 billion to the country’s GDP — and that value increases every year.

However, domestic red meat consumption is not concerning, as it makes up only about 30% of the entire red meat industry. The rest — some $16 billion — is saved for red meat and livestock exports, mostly to China and India. The red meat industry is so large, that even if most Australians stopped consuming red meat, the carbon emissions would likely not even decline.

Queensland senator Susan McDonald agrees. “Reducing demand for red meat via pricing pressure will adversely affect Australia’s $17.6 billion red meat industry, many thousands of families who make a living from it, and thousands of jobs created by the meat industry,” she says.

“Besides, the Australian red meat sector has made plans to reach net-zero emissions, and it invests into genetics, pasture species, feed additives, and management practices. This approach has already resulted in a halving of emissions since 2005.” 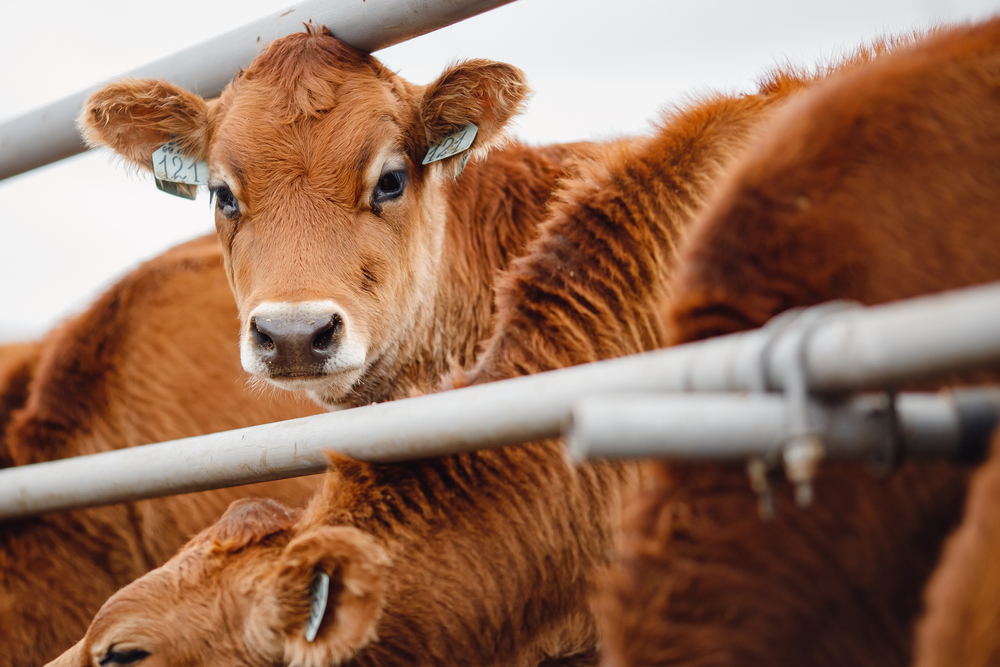 Even if the change did happen and the carbon tax on red meat was to be imposed, it is debatable how this tax should be calculated. One research proposes that the tax on red meat should reflect costs in the public healthcare system, generated by treating chronic diseases resulting from eating red and processed meats.

For Australia, this would mean that taxpayers could contribute up to 109% tax on processed meats and 18% tax on unprocessed meats. Another way of deciding the red meat tax is to follow countries that have already done it — like France, the Netherlands or Germany, where taxpayers currently pay a tax rate of 7%. However, this can soon change to a sharp tax rate of 19%.

Earlier this year, the European Parliament proposed a carbon tax that could reach up to A$140 per tonne on the Australian red meat and livestock export. The idea of this proposal is to force Australian red meat exporters to buy carbon permits to be able to sell their products on the EU market, as Australia is one of few countries that does not currently price carbon emissions. This seems to be a very high cost for the incompetence of the Australian government to deal with the country’s emissions.

And the EU is not the only market proposing the carbon tax — the Biden administration is planning similar restrictions, as the US president would like to impose carbon adjustment fees for countries “failing to meet their climate and environmental obligations”.

To avoid the costly carbon tax imposed by the EU, Australian policymakers would likely have to introduce a carbon tax on red meat. But like the pursuit of adopting net-zero emissions by 2050, the Australian policy makers appear to be indecisive to commit to any targets.

Nationals senator Matt Canavan commented as a response to an anti-meat activist group in the UN that “they want a tax on your steak, a tax on your barbecue”. “It’ll be the literal barbeque stopper of Australian politics, this net-zero madness,” he added, shaking his head in disbelief.

The bottom line is that a carbon tax on red meat could be perceived as shocking or unfair in Australia, where most of the population relies on a diet heavily relying on red meat. However, this could be the only chance to slow down the carbon emissions produced by the meat and livestock industry.

The Animal Justice Party has already proposed implementing a carbon tax on both fossil fuel and animal agriculture industries in its Climate Change Policy. It is only a matter of time for Australians to start valuing their health and the environment by doing everything they can to reduce their greenhouse gas emissions, especially after the latest IPCC report.

Klara Walterova
Klara is a professional freelance writer. She writes for lifestyle, wellness and travel websites and focuses on veganism, vegan diet, and nutrition. When she's not writing, she develops new vegan recipes, travels the world or plays with her two cats
Previous articleThe vegan case against ‘plant-based’
Next articleHow to deal with bugs without killing them as vegans