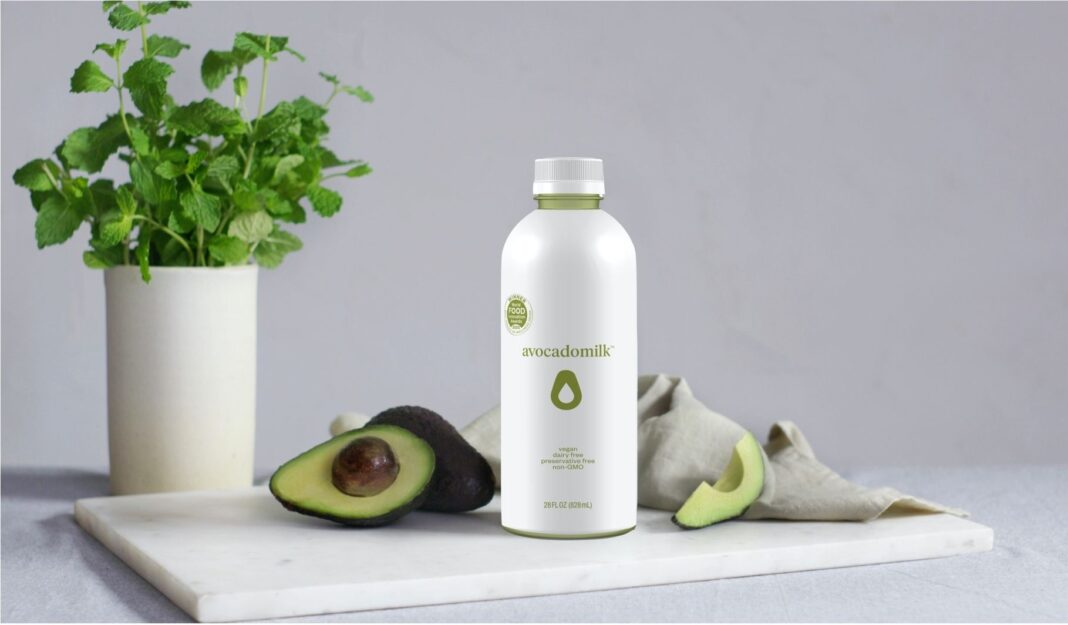 “I think we’ve won all the awards we’re ever going to win,” says Terry Daly, less than three weeks before his company won its fourth global award this year. Initially just a home kitchen mistake, avocadomilk transitioned to plant-based in August 2020: is it set to be the next big alt-milk on the market?

“Getting the formulation right was by far the hardest thing,” says Daly. From start to finish, avocadomilk takes about a week to make. Each 100ml bottle contains 6% avocado, with oats and water making up the rest. Nutritionally though, each product equates to 20% of an avocado, as the intense drying of the avocados in production scale up the nutrition. This long process also gives avocadomilk a good shelf life — another essential factor of alt-milk.

“We’d have loved to have made the whole drink of avocado, but it would taste awful,” the avocadomilk CEO expresses. His is the first company to sell vegan avocado milk in the world. Asian countries like South Korea have been selling something similar for years, albeit much sweeter and dairy-filled, and Southeast Asian street vendors sell it too, “but it turns brown immediately so people have to consume it on the spot”.

Ensuring avocadomilk is not just for vegans, but for everyone who wants a healthy alternative to their cereal in the morning, Daly points out that there is only 2.5g of sugar for every 100ml. “You’re getting that rich creaminess and nutritional hit only avocados can do,” he adds.

In March, the alt-milk won an award for best health or wellness drink in the World Food Innovation Awards. But it’s not just a dairy-free, artificial colour and flavours-free drink, as for every recipe using soy, oat or dairy milk, avocadomilk can be used too.

From chocolate pancakes and pesto to protein-filled smoothies, avocadomilk is to be consumed like any other milk — only with the nutritional benefit of avocados, and a climate-friendly conscience.

Find out how eco-friendly plant-based milks are.

‘Throwing all our avocados into one basket’ 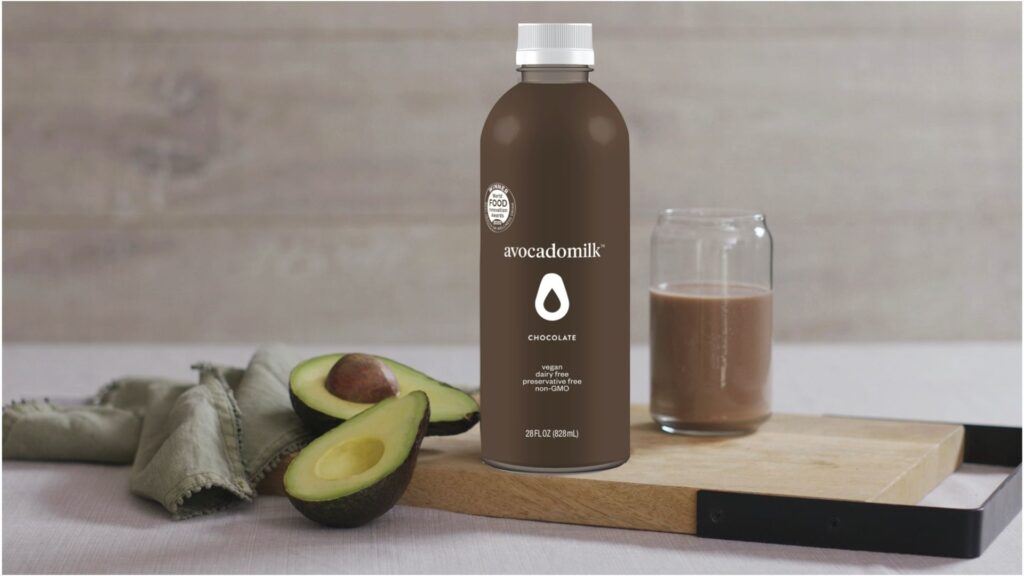 The company’s journey to finding the perfect avocado formula started just over three years ago, when Daly’s business partner’s wife Sachie Nomura had an accident in the kitchen.

In New Zealand, Nomura is a huge foodie and celebrity chef, on top of owning her own culinary school. When an experiment with avocado mayonnaise went wrong, the chef stumbled across a milky liquid, which she made her husband and Daly taste. “I thought it was amazing,” he recalls. “I had never seen milk made out of avocados before but I knew that this alternative milk world was huge and the way of the future.”

No one on the market was doing it yet, and with an advertising company already up their sleeves, Daly and his partner took this opportunity to give the world something they already loved, but better.

Kiwis loved avocadomilk, but the company soon got too big and needed to expand. “But we try to stay away as much as possible from Australians,” Daly jokes. Or does he? The businessman went on a trip, he looked at China, Germany and even Japan, but eventually settled for the US.

“The US’s attitude towards new is very different from anything else I’ve personally experienced anywhere in the world. They love that it’s never been seen before,” he says. He recalls the time he walked into a supermarket and watched as customers picked up their products and “actually read the nutritional labels”. California seemed to be setting the benchmark for the alt-milk category and Daly wanted to be a part of it.

“That’s when we decided to throw all our avocados into one basket. America was our natural home,” Daly says with an excited look in his eyes. With the ease of communication and the inviting nature of California — the company didn’t take too long to enter the country. avocadomilk is now available in over 340 supermarkets across the US.

While America was a great retail location, the company felt guilty for the amount of shipping they would be doing with the entire manufacturing still happening in New Zealand. So they shifted all production to the US.

And their avocados? They found a massive farm cooperative in Mexico, SioSì, which is formed of a group of four different families. Their farms are all naturally irrigated — all the water is collected from rainfall — and while Daly insists on paying 20% above the usual rate, avocadomilk buys SioSì’s tag 3 fruit, which is what most would call the ‘ugly’ fruit.

“It’s just one of those horrible stories about us as humans: we like to buy stuff that’s pretty-looking,” explains the CEO. But he explains that Mexico is overgrowing avocados more than anywhere else in the world, and though the tag 3 fruit isn’t making it to our supermarket shelves, it really doesn’t make a difference to the way it tastes.

Avocados grow biannually, so the company has to make use of as much as it can before the dry spell. The avocado milk brand not only buys rejected fruit, but also tries to reduce its carbon footprint as much as possible too. Daly has experimented with the stones and skins of his avocados, producing products from foundations to face masks, but he is yet to find something they can be used in.

The products’ bottles are made from 100% recyclable plastic, with 100% vegetable inks in all the labelling. So far, the company has calculated a generation of 1.7 tons of CO2 in production and delivery of avocado milk per year, and the planting of 104 avocado trees a year offsets these emissions.

Before avocadomilk went plant-based, its products included honey in their ingredients. Daly was keen on this, as it was a sustainable and organic ingredient sourced from a good manufacturer in New Zealand. But with all its marketing budget going into social media and the power to “instantly understand your audience”, the CEO soon discovered people wanted vegan avocado milk.

“4,000 people came back to us almost unanimously wanting a slightly sweeter vegan product,” Daly says. So that’s what he gave them.

The next big alt-milk?

Despite the global pandemic, Daly says this year’s sales are right on track. The company took 2020 to focus on learning about the US customer, and searching for potential new leads in the world. With 340 supermarkets and a deal with WholeFoods, it’s safe to say avocadomilk is now firmly planted on American soil.

When travel eventually eases, Daly says he’s taking the next flight to the UK — the next market on his list. In the meantime, though, he is focusing on product development. January will see the launch of a grab-and-go matcha drink in the US. Avocado butter, ice cream, yoghurt and muesli with dried avocado chunks should follow not long after.

While he realises his goal for 10 new products in the next five years might be far-fetched, he doesn’t think any obstacle is too large to overcome. “Every day, there’s hard, pull-your-hair-out stuff, but as long as you smile and get on with it, it’ll be alright,” Daly says. “We’ll just keep playing and creating products that have avocados in them somehow, and maybe one day we’ll be considered the next oat or soy. That would be amazing.”

Olivia Rafferty
Olivia is the Assistant Editor of The Vegan Review. An aspiring Middle Eastern correspondent currently studying journalism at City, University of London, she is passionate about the planet, she believes veganism is the first step to solving the complexities of climate change.
Previous articleAlt-meat brand Meatless Farm raises $31 million in funding round
Next articleComedy and veganism: Have comedians slowly started admiring vegans?