Babe and Okja: two movies that inspired introspection into the vegan message 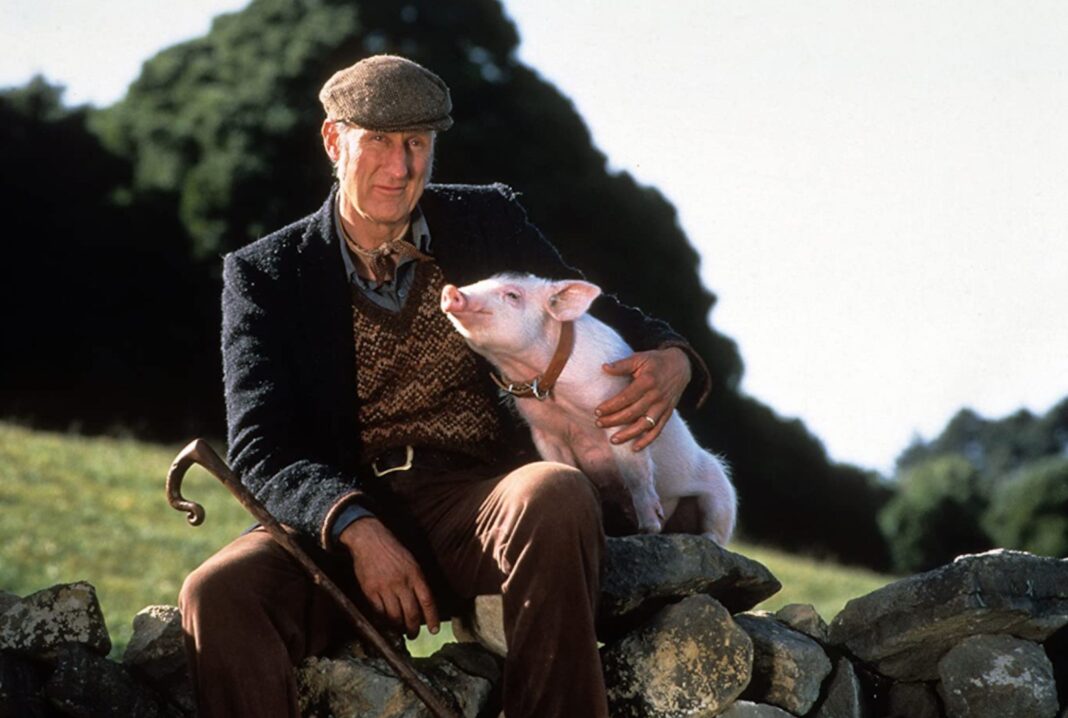 Babe and Okja are movies where the filmmakers did not expressly set out to convey a vegan message, but they were definitely inspired by the intelligence and beauty of animals.

Jon Ronson, the co-writer of Okja, told Kirsty Wark on Newsnight: “It’s not a polemic, it’s not a campaigning film; what I hope most of all is that it’s a beautiful film, that it’s kind of enchanting, disturbing and dark, and entertaining. We valued aesthetics over ideology; however, it’s a really dark film and it ends up in a kind of slaughterhouse for magical animals, and as a consequence, I think a lot of people are going to become vegetarians.”

He added: “It’s an inevitable consequence of the film, and I guess one of the messages of the film is about cognitive dissonance.”

Okja was directed by South Korean director Bong Joon-ho. Speaking at the Santa Barbara International Film Festival this year, Ho described the moment that inspired the story: “So one day, I was driving, and it was a very grey soggy day in Seoul, and I saw this huge pig the size of a house, looking very depressed under a freeway — I was not on any substances; sometimes I have these visions.”

He adds: “I was very captivated by the image — I kept wondering why the pig was so big, and then I thought of the food industry’s cruel perspective on animals, where they view these creatures, not as living things, but as food products, and of course, for them, size is directly tied to product value.”

Ho became temporarily vegetarian in the process of making the film, but, as reported in GQ, the film is asking questions, opening up discussion and introspection, via a sci-fi story, rather than explicitly saying: “Go vegan.”

Ho told IndieWire: “In the process of making this movie, my level of meat consumption has decreased. Now I’m gradually becoming a pescatarian.”

In an interview with the Independent, Ho said he did not “expect the entire audience to convert to veganism after watching the film. If you consider it, even the protagonist Mija — her favourite food is chicken stew in the film. I don’t have a problem with meat consumption itself, but I do want my audience to consider, at least once, where the food on their plate comes from. And, if one is to do that, I believe the level of meat consumption will gradually decline.”

Ronson told GQ, on Okja turning people vegetarian or vegan, there were “so many stories. I remember getting an email right before the film came out, saying: ‘There are people all around the world who don’t realise they’re about to become vegetarians.’ I read that Google searches for “vegan” went up 58% [it was 65%] after Okja. I have no fucking idea if they carried on that lifestyle, but the impact is definitely there.”

The GQ article pondered: “Why Okja and not documentaries like Food, Inc. or Jonathan Safran Foer’s manifesto, Eating Animals? The auteurist, conflicted self-inspection of Bong Joon-ho helped, never presenting a moral imperative one way or the other.”

It lists Abbey White, a 26-year-old pop culture and food writer, filmmaker Tom Park, and Annie McCarthy, a 23-year-old designer, as amongst the many people who found that “the narrative detachment separating Okja from, say, a documentary, helped the cause. [It served] as a “jumping-off-point for their own study of the ethics of meat-eating”.

Okja is a dark, disturbing descendant of Babe; greed, gluttony and the like link the films, as the farmer’s wife views Babe simply as something to fatten up for the Christmas dinner table. 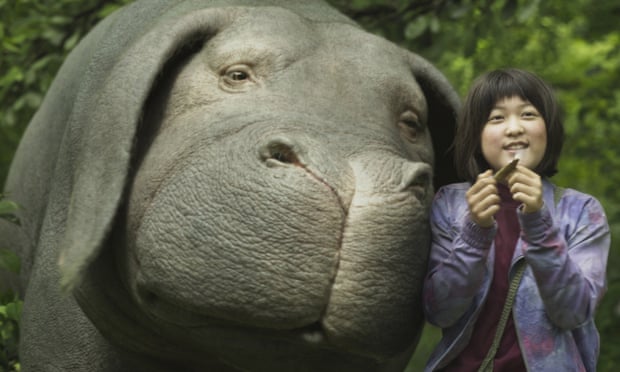 Babe and Okja are two very different films; the latter, Ronson pointed out to Wark on Newsnight, is not suitable for young children, whereas Babe, even with some dark scenes, (especially when Hoggett nearly shoots Babe), is largely a film young and old can enjoy. But both have significantly impacted audiences consciousness as well as some of the consciousness of those who made the films.

James Cromwell’s life changed playing farmer Hoggett. Talking about the role, he told Full Frame in 2015: “Here is a man who intuited there was a consciousness in this other sentient being, that needed to be expressed, as much as his consciousness needed to be expressed. And people understand that, we have very little opportunity in this culture to really express ourselves.”

Back in 1998, Cromwell told the Vegetarian Times, “I decided that to be able to talk about this [movie] with conviction, I needed to become a vegetarian.”

The Vintage News refers to the fact that Babe “is widely considered as one of the best family movies ever made and received seven Oscar nominations, including one for Best Picture. Cromwell won an Oscar nomination for his masterful portrayal of Arthur Hoggett — it was this movie that made him an outspoken vegan and animal rights advocate,” which includes being arrested a number of times.

One of the many young people influenced to go vegan after watching Babe, Jenna McGuinness, was crowned the ‘UK’s Sexiest Vegan’ by PETA in 2014. The Daily Record reported that “Jenna, 24, quit eating meat after watching Babe as a kid and ditched all animal products nine months ago. She said: ‘My mum found it easy changing all of our diets as she grew up next to a slaughterhouse, so didn’t feel comfortable eating meat.’”

I was also one of those young people, whose life changed after seeing the film. I distinctly remember vowing never to eat bacon again after leaving the cinema in 1995. I didn’t eat much meat anyway, as my mother had long been vegetarian, but I still ate some meat up until that time. By the end of the 90s, I was vegetarian, with my vegan journey beginning with the latter half of 2000.

Babe’s simplest message is about a pig finding its purpose, within the dynamics and hierarchy of a farm, the villain of the piece being the farmer’s wife, who salivates at the prospect of fattening up the pig, in clear contrast to the thoughtfulness of farmer Hoggett.

Okja is set in a disturbing future where farmers are encouraged to grow oversized pig-like creatures, and follows the journey a young girl goes on, travelling with Okja in an effort to save the creature.

The film culminates with a very disturbing scene in a slaughterhouse, whereas Babe ends up at a competition, with a proud and enlightened farmer watching Babe successfully herd sheep, aided by the iconic secret sheep code: “Baa Ram Yew!”

Both films have inspired, and continue to inspire, significant rethinking of how we treat animals in the process that leads to them becoming food on people’s dinner plates, through anthropomorphisation.

The origins of Babe were accidental; co-writer George Miller happened to tune into a radio broadcast after waking up exhausted during a flight to London, and heard a lady laughing as she read Dick King-Smith’s The Sheep-Pig. He got a copy of the book as soon as he landed in London, as he “needed a laugh“, never imagining he’d adapt it into a screenplay.

When it was eventually developed, Miller, and co-writer and director Chris Noonan, didn’t expressly set out to convey a vegan message, but in the process, they created a beautiful film, effectively about a pig’s coming of age and the very special bond that forms between Babe and Hoggett.

Likewise, Ho went through deep introspection in the process of creating the fantastical story of Okja, though he did not preach a particular message, but rather, he artistically told a thought-provoking story.

Jessica Fox
Jessica has been vegan for nearly 20 years; over the past 8 years, she has been actively involved in the London vegan community, organising and hosting a variety of vegan events.She also regularly hosts walks, potlucks, and art/creative writing workshops. Jessica is an artist, writer, and genealogist; she loves photography, swimming, and walking in the countryside and seaside.
Previous articleThe Design Museum 2020 award nominees include innovative vegan and sustainable products
Next articleThe Global Coffee Festival is launching a plant-based barista competition