Vegan trends not to buy into (without researching first) 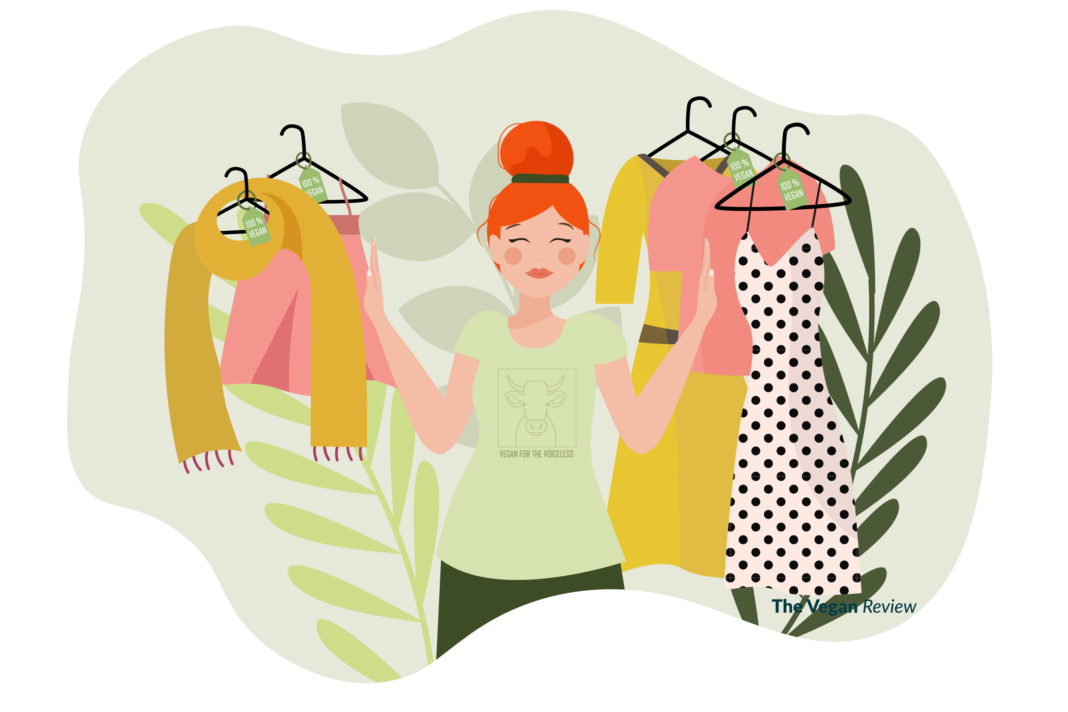 Not going to lie, I think I’m about to rub a few people up the wrong way here but I really believe that certain emerging trends need to be fully understood if they are going to be adopted.

I love a good trend as much as the next person, but having jumped in with both feet before — only to find that the water was way too hot — I’m aware that preliminary research is always a good idea. I’m not saying that any or all of the following trends are bad, shouldn’t be tried or that I won’t be looking into them — merely that they don’t seem like the kinds of things to glibly follow along with. Enough pre-emptive placating. Let’s just get into it. 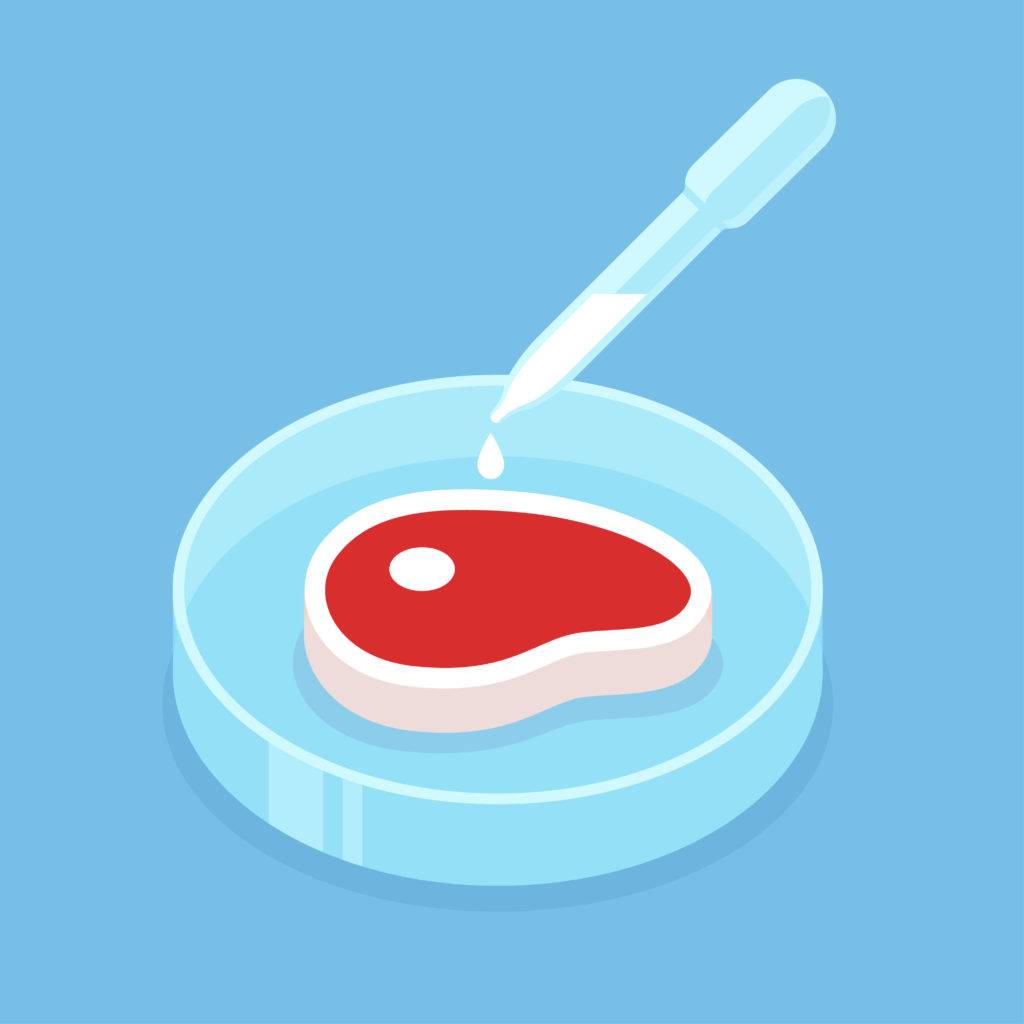 Plant-based protein sources? Put them on my plate and I will try them. I’ve enjoyed all the pulled pea faux meat you can imagine. And seitan? Well, all hail. But the new breed of “meats” being talked about have me on edge.

Seemingly aimed at flexitarians and being floated as a way to expand the definition of veganism, lab-grown meats are a growing trend and one that personally, I am not here for. Why? Because it is not vegan. No animals die in the process of manufacturing, that’s true. But the meat is still created using animal cells, therefore it is not for me.

There are initiatives in place to further up the scientific credentials of these new products, leading to the eventual removal of foetal bovine serum altogether, but it still makes me uneasy.

Technically, I suppose these future animal-free options are similar to MeliBio making honey, just without bees, but something about the idea of a slab of lab-grown meat makes my stomach turn. Animal serum-based or not. 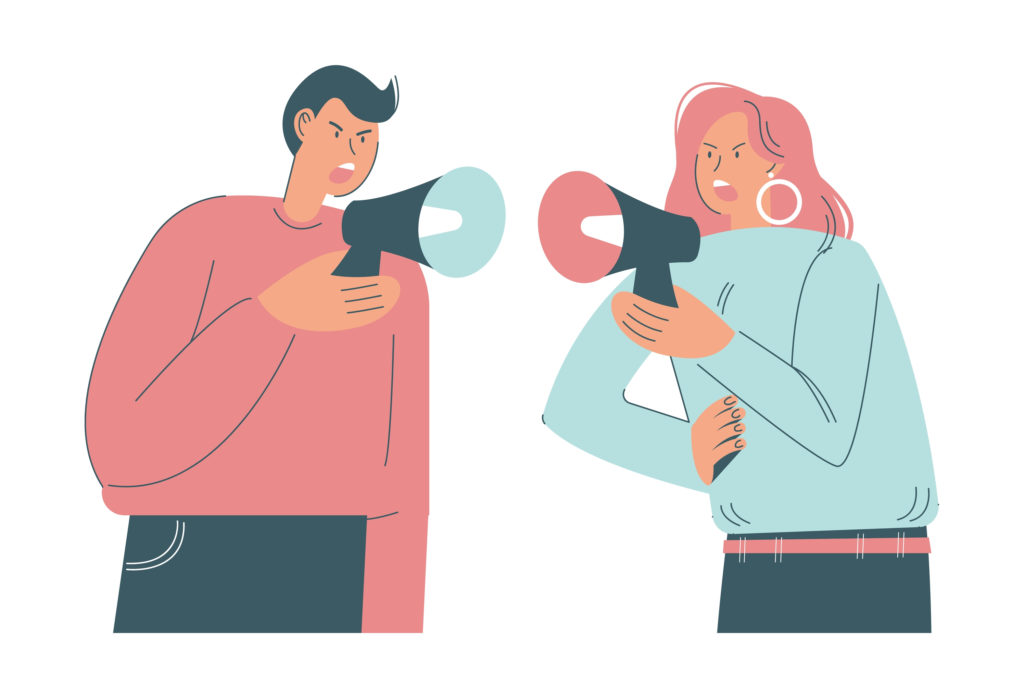 I’ve been seeing a lot of this recently, and you know what? I’ve had a little moan about the fact that certain celebrities, always held as paradigms of vegan virtue and pride, have sacked off their ethics to eat fish “for their health”. I wonder if that’s still the case following the release of Seaspiracy though. Hmm.

Anyway. Call-out culture is a double-edged sword. Of course, we need to share information about companies and CEOs that transgress our trust and don’t deserve our support until they explain themselves (anybody remember the Rude Health debacle?), but it seems to go too far very quickly.

Blasting individuals on social media is never okay. It’s trolling, pure and simple, and cyberhate is a crime. You might not think it’s a serious one, but we only have to look at high profile suicides to realise what a devastating effect online abuse can have. So, instead of riling up your vegan brethren and hitting Miley Cyrus up in Instagram comments, just don’t buy her music anymore. Vote with your feet instead of causing irreparable damage with your words. 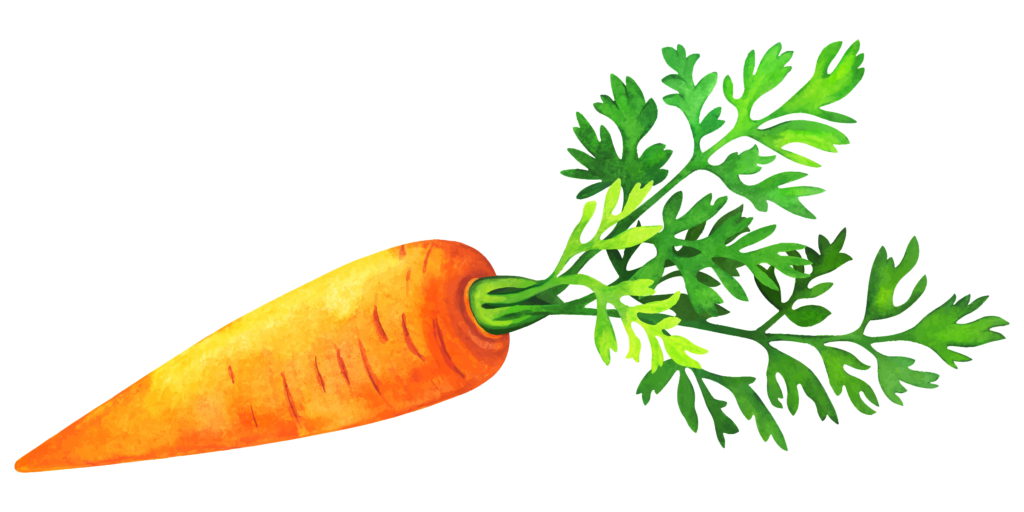 Technically raw veganism isn’t a trend, though it does go through periods of amplified popularity whereby more people try to give it a go, but often without the requisite research or investigation first. As a lifestyle, raw veganism can be healthy, satisfying and health-focused, but that’s only when you fully understand exactly what you’re getting into and you have the right equipment to hand.

Trust me when I say that a foray into raw veganism can be an expensive temporary move if you start buying dehydrators and high-powered blenders, both of which are useful if not essential to get the most from uncooked food. You can live a long, happy and healthy life as a raw food vegan, but you absolutely need to be willing to put the time and effort into understanding how to get a comprehensive nutritional profile from edibles that are never heated above 48°C. This is not the same as giving a plant-based diet a try, so please be really informed and prepared before you experiment. 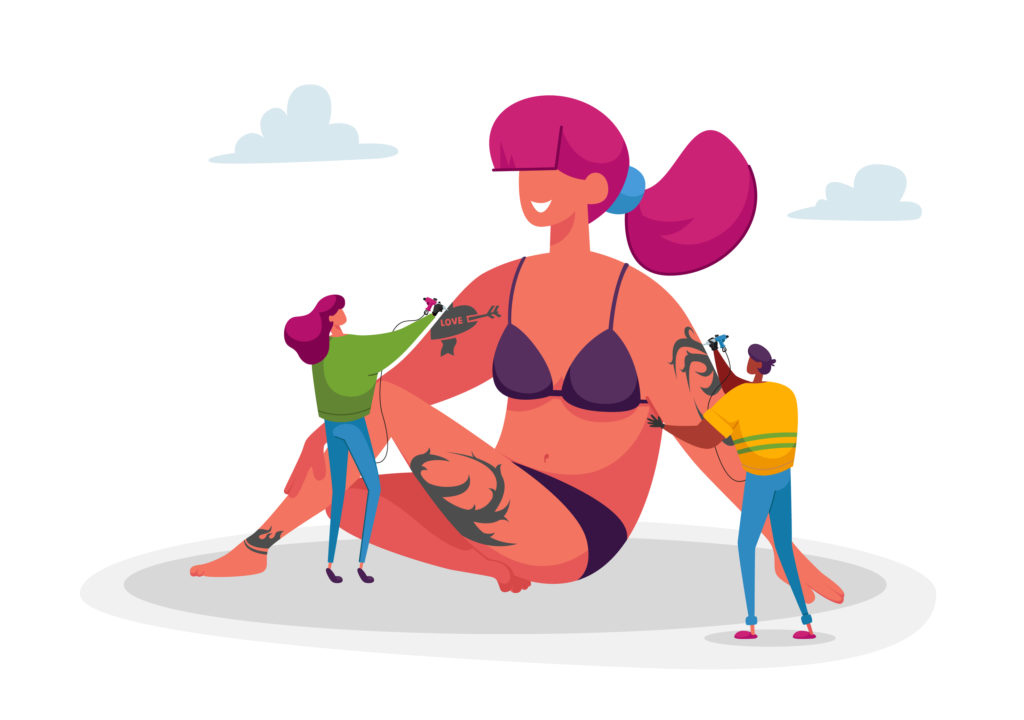 Personally, I love tattoos and everything they stand for. The most comprehensive blend of self-expression and art that I think it’s possible to invest in, they can make statements on your behalf or nod to a private joke or mantra that’s just for you, which is why they can be so intrinsically connected to veganism.

You’ve turned vegan and you love it. It’s the driving force of your life that you never realised you were missing until now and you want to shout it from the rooftops. Lots of us have been here and done exactly that, but please, please hold off on the vegan tattoos, just for a little while.

You’ve probably seen Moby’s bold ink that leaves onlookers in no doubt as to his ethics and lifestyle choices, but bear in mind that he has been vegan since forever and he has no need to be “employable”. I hate that phrase. Especially as someone who does have tattoos and has previously been told, when in a PR role, that I didn’t look very “media-friendly”.

As it happened, the celebrities I was dealing with had plenty of work done themselves, so it wasn’t an issue, but there are still some mainstream employment sectors that aren’t art fans.

Let’s also talk about that blasted elephant in the room in the form of temporary veganism. If you revert to an omnivore diet, the last thing you’ll want is a big vegan emblem on your body somewhere. I’m not saying don’t get the ink, just that waiting a little while and choosing something incredible is a better course of action than plumping straight in for a liberation-themed sleeve after a couple of weeks. Oh, and don’t forget to go to a vegan tattoo artist too, so you know the inks and transfer papers they use are suitable. 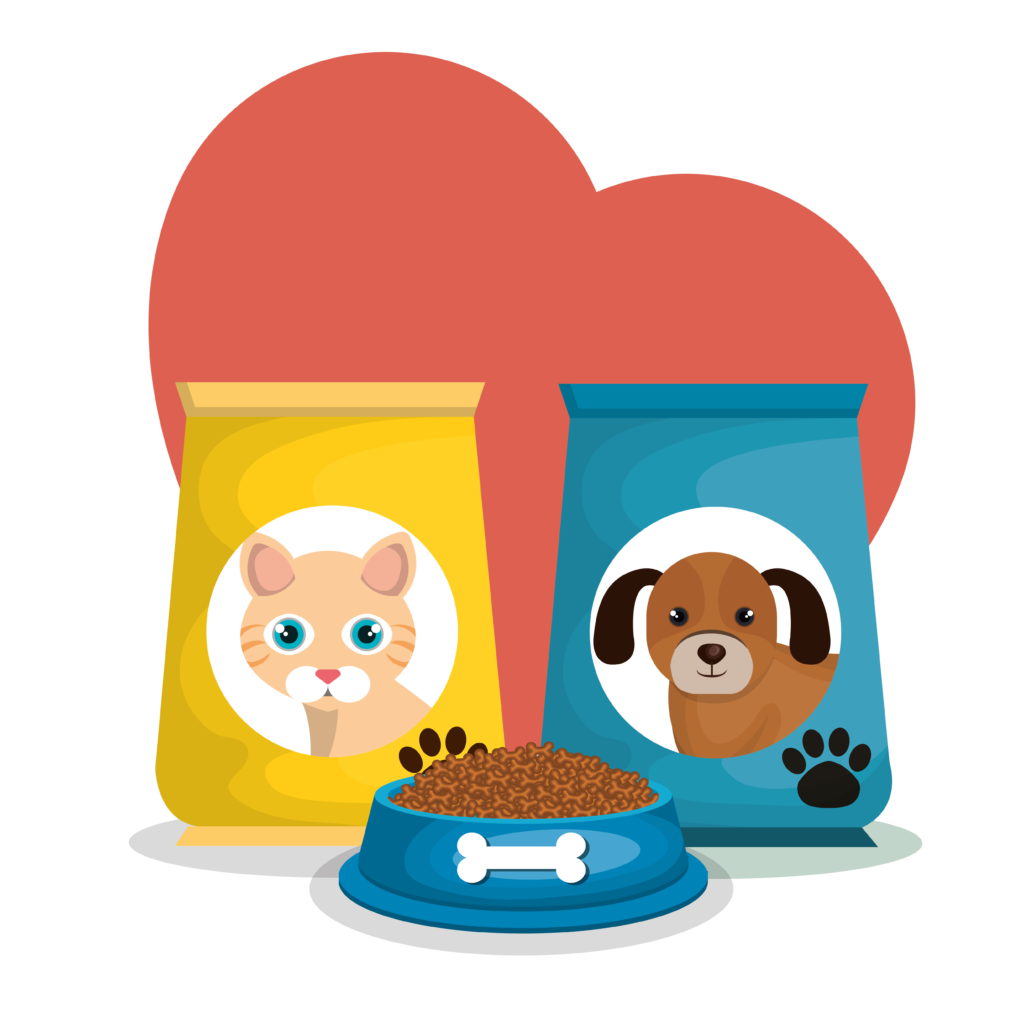 Pets are increasingly able to live and thrive on a vegan diet, but there’s lots to unpack here. Firstly, not all pets will be able to go plant-based, so be aware of changes in behaviour and dietary needs. Rescue animals might have specialist needs and if there’s trauma in their past, subjecting them to significant change such as moving away from a food they like simply shouldn’t be a priority. Please remember that you won’t drop any places on the vegan scoreboard if your pets eat meat. Their needs come first, every time.

If your pets seem open to the possibility of turning vegan alongside you, the transition needs to be slow and guided by them. It’s not simply a case of giving them plant-based kibble or canned food in place of their normal treats, as this can upset their stomachs dramatically, but also lead to them refusing to eat at all.

We tried to transition our lovely Staffordshire Bull Terrier a while back and though she seemed interested in the food initially, her interest soon waned and she started pining for her old raw meat diet. We didn’t push the issue because she simply wasn’t happy and I’m not worried that our vegan superpowers will be delayed because of it. 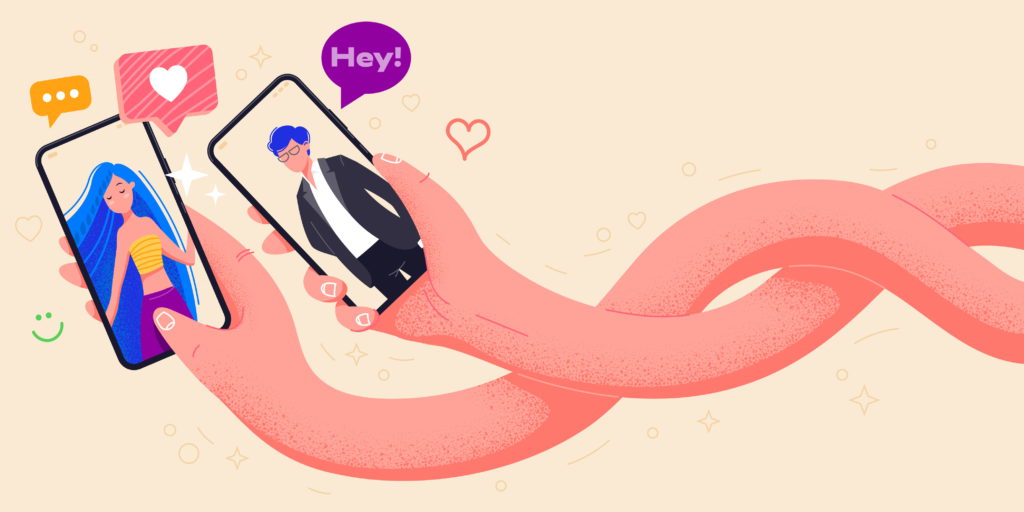 I know I’m sitting here in a fortunate position, married to a fellow vegan that has exactly the same ethics and food preferences as me, but if I wasn’t, I think I’d still take a minute to really think about these vegan-only dating websites.

Do I think they serve a purpose and can be a positive tool for finding truly like-minded people? Absolutely, but I don’t think they should be the only way to meet a partner. Would I still fall in love with my husband if he wasn’t vegan? Well, I was an omnivore when we first started dating and he was vegetarian. I went veggie for him and together, we transitioned to a vegan future, so growth and change are possible. We also bonded over a shared sense of humour, not just the way we eat, and I think that’s often more critical.

As I’ve written this article, I’ve had something of an epiphany. These trends seem to all boil down to the same thing: a desire to be the “most vegan”. If that’s true, then what a sad thing!

Let’s just get it out there that if you’re vegan, you’re vegan. There are no stratas, level-five vegans don’t really exist, and even if they did, they wouldn’t be a higher echelon of plant-based people. We are all making a choice about the way we live our own lives and shouldn’t feel pressure to conform to certain vegan-only initiatives to prove our worth or dedication to the cause.

Maybe the ultimate vegan trend not to buy into is the competitive edge that seems to creep in if you’re not vigilant? That’s some plant-based food for thought.

Amy Buxton
Amy is a committed ethical vegan, raising a next generation compassionate human with her husband and their beloved dog, Boo. A freelance writer with a background in PR, she decided to use the COVID lockdown period to refocus her client base and has come to The Vegan Review as a senior writer and editor, before moving into her external content director role. "What we should be doing is working at the job of life itself" is Amy's mantra, courtesy of Tom from The Good Life.
Previous articleBranding your vegan business: lessons from a design agency
Next articlePlant Science: the challenges of making vegan brown butter