The challenges of balancing veganism with food allergies and intolerances 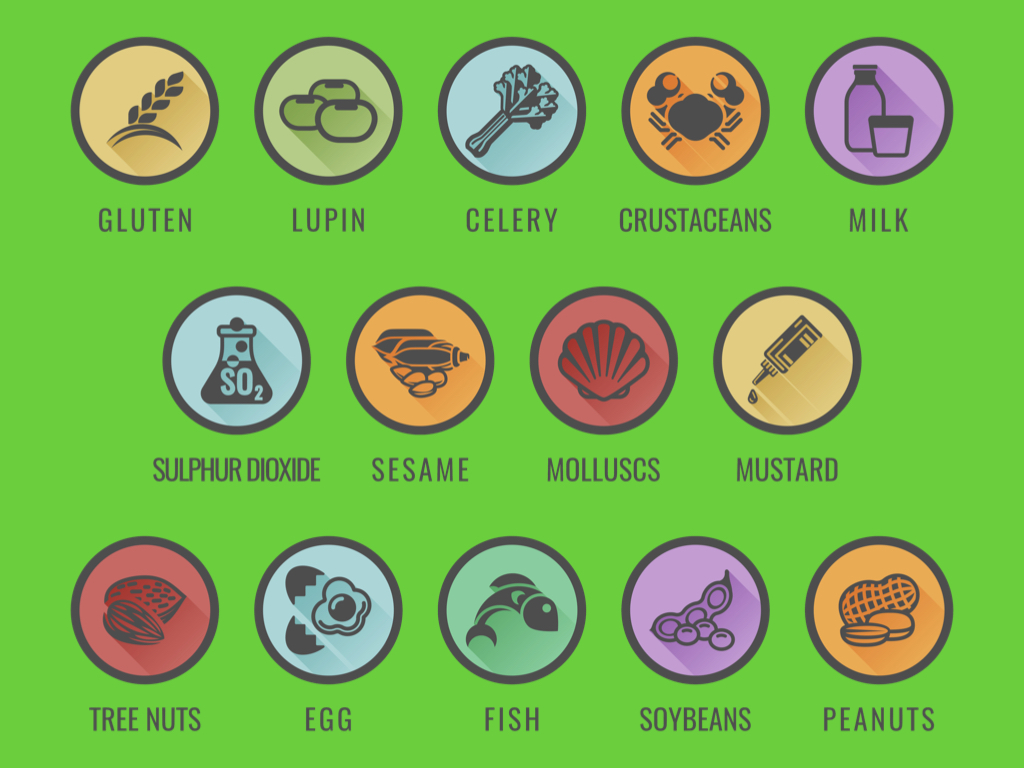 Jane Cahane explores the issues of suffering from food allergies and intolerances while following veganism from a personal standpoint.

I had just returned from what was going to be a long drive to support friends protesting an HS2-caused ecological disaster, which was unfortunately short-circuited by an urgent need for an available toilet (not an easy feat in these Covid-restricted times). Apologies for this TMI inclusion; however, for those like me who suffer from food intolerances, allergies and illnesses or medical conditions like irritable bowel syndrome, such emergencies are an all-too-frequent aspect of everyday life.

For people with serious (and even life-threatening) food-related illnesses like IBS, coeliac disease and anaphylaxis, the tricky relationship with food affects everything you do. It controls your life completely, and makes even the simplest food and social choices extremely difficult — all of which is made even more complicated by the fact that such conditions are not visible, and there is often confusing or incomplete labelling on consumer products.

Get it right, and life is just about manageable. Get it wrong, and, well, shit happens. A lot.

So how can someone who suffers from a myriad of food-related conditions — in my case, IBS, severe gluten/wheat and lactose intolerances, allergies and intolerances to pulses and several vegetables like mushrooms and most cruciferous vegetables — manage to live on a healthy, ethically minded, and non-animal, vegan diet?

Since most of us do not live on a farm or are able to grow and source all of our own food, how can we be sure what is available commercially won’t make us sick, and is truly ethical and sustainable? And what options are available when much of what is currently marketed as gluten-free or vegan contains other health triggers or ethical issues?

The ins and outs of food intolerances: my story 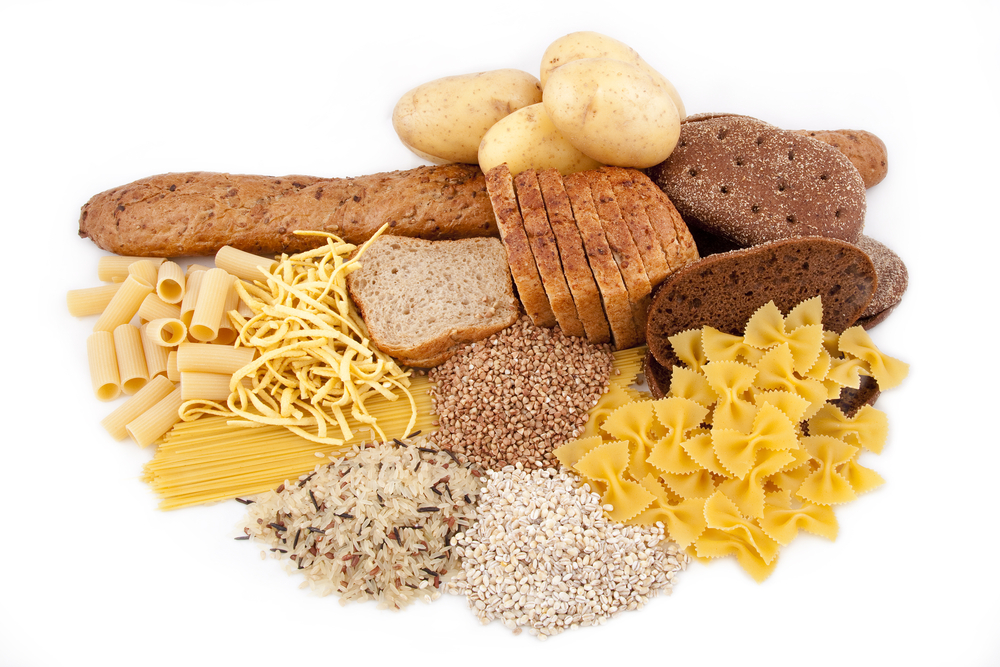 My own navigation of the confusing rungs of food-intolerance hell began just over 25 years ago, shortly after I moved from the US to the UK. At the time, my typical breakfast/brunch was a classic New York white bagel with cream cheese and smoked salmon; I recall moaning to my then-husband about the poor-quality bagels available in Tesco.

But soon, I started being sick whenever I ate bread or any other white foods (carbohydrates that are highly refined or processed, usually white, like flour, rice, pasta, crackers, cereals, crisps, etc.). At the time, I simply followed the prevailing wisdom and cut out all of those “bad carbs”, replacing them with supposedly healthier high-fibre and wholewheat options.

When I found I still had bad gut reactions to wholewheat, I decided to take the next fashionable health and diet advice and began toasting my bread. However, it has since been proven that simply toasting bread doesn’t reduce carbohydrate calories, enhance its nutritional value or reduce gluten sensitivity. (I still toast gluten-free bread on autopilot, but this did cause major problems for me later as my intolerance became so severe that accidentally ingesting even the tiniest non-GF breadcrumbs in a communal toaster would make me sick for days).

Explore how a vegan diet helped one writer better her gut health.

I also began to notice my body suddenly disliked mushrooms, which triggered severe discomfort. This was a drag, as mushrooms had always been my main go-to meat replacement whenever I followed a mostly vegetarian diet. In addition, I began to notice my gut reacted badly to pulses — beans, chickpeas, lentils and peas — so I bid goodbye to my favourite Mexican and Moroccan foods, and had to avoid any vegetarian dishes that included them as a protein supplement, including my own staple dish of rice-and-lentil curry with apples, carrots and raisins.

I suspected there was some link between my sensitivity to bread and mushrooms and my allergy to penicillin, which would mean the real culprit behind my sensitivity to these foods could be a mould allergy. However, my attempts to broach the subject of cross-reactivity with my GP were dismissed out of hand.

It wasn’t until I had a hysterectomy to remove fibroid growths in 2005 that anyone had ever suggested IBS might be at least part of the problem. Immediately after that operation, I experienced such severe abdominal bloating, cramping and pain, I thought something had gone wrong with the surgery, so I booked myself into hospital overnight. After a series of tests, the surgeon said she could find nothing wrong with my post-op abdominal areas, but casually suggested IBS might be the reason for my abdominal pain.

Yet I still didn’t get any recommendations or follow-ups on that until several years later, when I had fresh issues with my gall bladder, which was surgically removed. At that point, my GP advised me to follow a low-FODMAP (fermentable oligosaccharides, disaccharides, monosaccharides and polyols) diet.

She said I needed to try strictly eliminating several foods and food groups, as this would help me work out which foods were triggering the symptoms (cramping, diarrhoea, constipation, bloating, gas and flatulence) I was experiencing constantly at this point.

Over time, by using this process of elimination, I began to realise that both cow dairy (lactose) and wheat — even “healthy” wholewheat — products seriously irritated my gut, sometimes one more than the other, along with certain fruits and vegetables, particularly the cruciferous variety. I also became aware of my reactions to other gluten-containing foods such as soy sauce, and so I eliminated some favourite Asian meals (I can’t tell you how overjoyed I was when Kikkoman finally brought out gluten-free soy and teriyaki options). 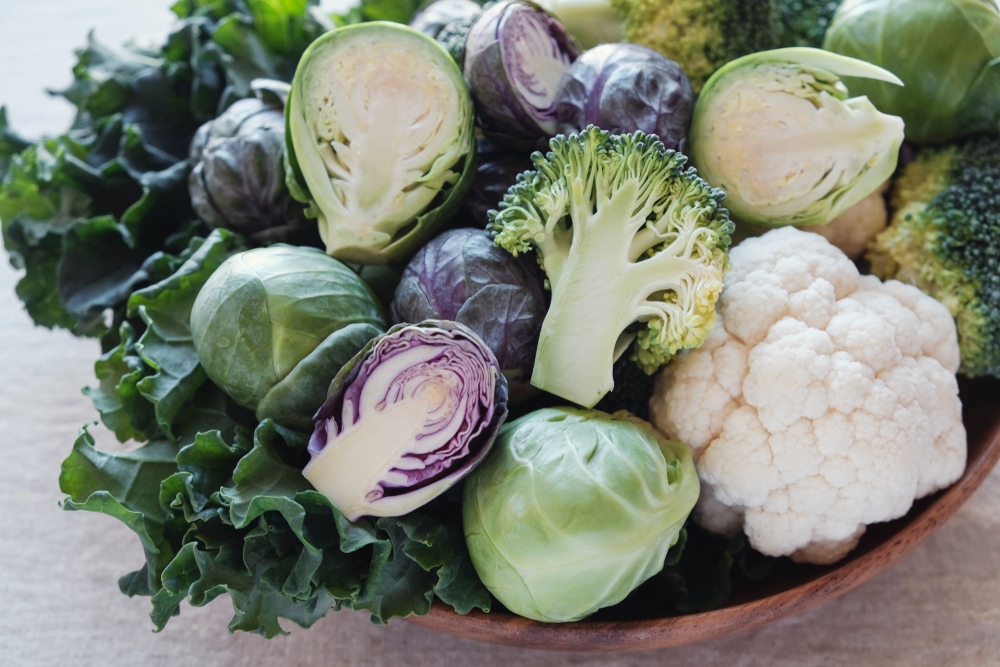 Sadly, at that time (you can now do a blood test), it was impossible to discover definitively if I was actually coeliac, as I was told the tests to determine this require eating wheat or gluten-containing foods for a full week — and I knew if I did that, I would be sick for at least a month.

I therefore gradually removed or reduced all of these allergens from my diet, replacing any cow dairy products with the few animal dairy products that didn’t irritate my gut (mozzarella, feta and other goat’s or sheep’s cheeses) or substituting these with vegan variants.

Unfortunately, as many store-bought vegetarian and vegan products still contain either wheat or one of my other vegetable allergens, this has made adopting a 100% vegan diet very difficult.

Read our story about balancing nut allergies with veganism.

Commercial gluten-free, dairy-free and vegan foods: more than a fad 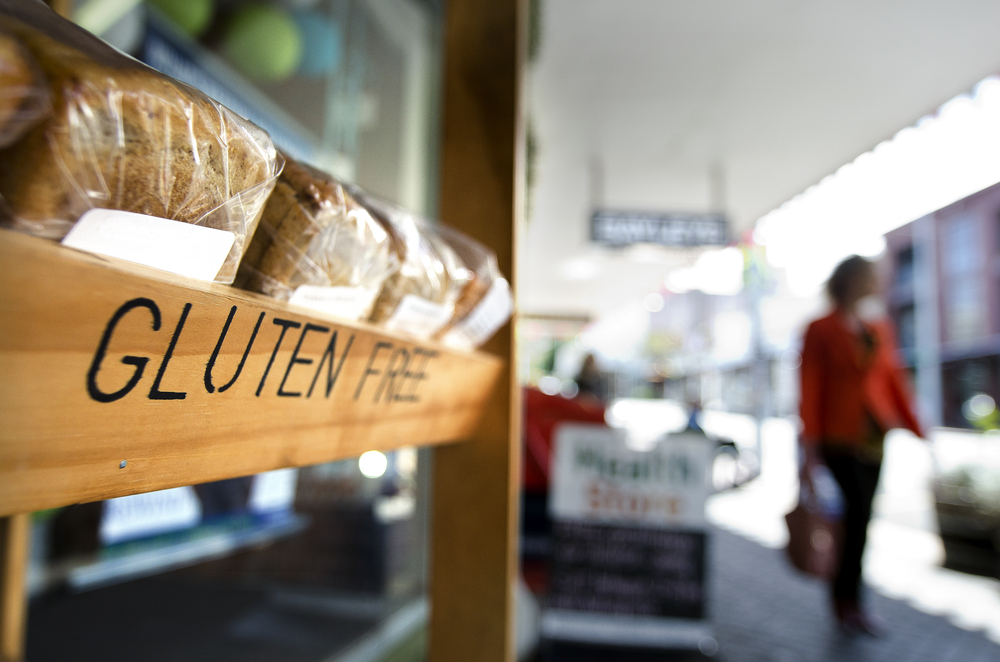 Around 2011 and 2012, my mother — along with half the world, it seems — read cardiologist Dr William Davis’s bestselling book, Wheat Belly, and immediately began preaching against wheat, saying that by eliminating it and other carbohydrates and gluten-containing foods, we would all be both healthier and slimmer.

While other carb-reducing diets (like the South Beach, paleo and ketogenic diets) have been similarly popular, Wheat Belly usefully highlighted the growing issue of genetically modified organisms (GMOs) such as wheat and other “Frankenfoods”. This seemed to offer at least one viable explanation as to why gluten and other food sensitivities are rising, especially for those like me who were not born with these conditions and whose symptoms of intolerance have only manifested in recent years.

Suddenly, it seemed everyone was following a gluten-free diet, with restaurants, coffee shops and fast-food franchises eagerly adding GF alternatives to their menus. While the available knowledge of allergens and allergic reactions has helped fuel the rise in commercial efforts to produce gluten- and dairy-free alternatives, and force manufacturers to label foods for potential allergens in ingredients such as milk, nuts, wheat, soy, barley and other gluten-containing foods, it seems the main reason for this is simply a commercial reading of the market.

Of course, the sudden commercial availability of gluten- and dairy-free foods has been very welcome for coeliacs and anyone with a genuine wheat or dairy intolerance like me, but the very faddishness of gluten-free as a “diet” has meant that as soon as it dropped out of fashion (as fad diets always do), the available options decreased.

Check out how Little Bandits’s vegan food is catering to kids with allergies.

Now that vegan options have become more popular, many stores, cafes and restaurants have simply stocked more vegan alternatives while limiting the amount of GF options on their menus. You might be lucky enough to find a gluten-free brownie at the till at, say, Costa Coffee, but that is about it. And many trendy eateries now only have vegan cakes or options, with no gluten-free alternatives, so while vegan options may work for lactose-intolerant sufferers and those who follow a plant-based diet for ethical reasons, it doesn’t help those with serious gluten-free conditions.

For example, my recent experience of needing a toilet urgently was due to some cow’s milk in Sainsbury’s gluten-free fish cakes I’d eaten earlier — I have had similar problems with vegan foods that contain gluten and wheat. Unfortunately, just because the products or menu options are labelled gluten-free, dairy-free or vegan doesn’t mean they are problem-free. 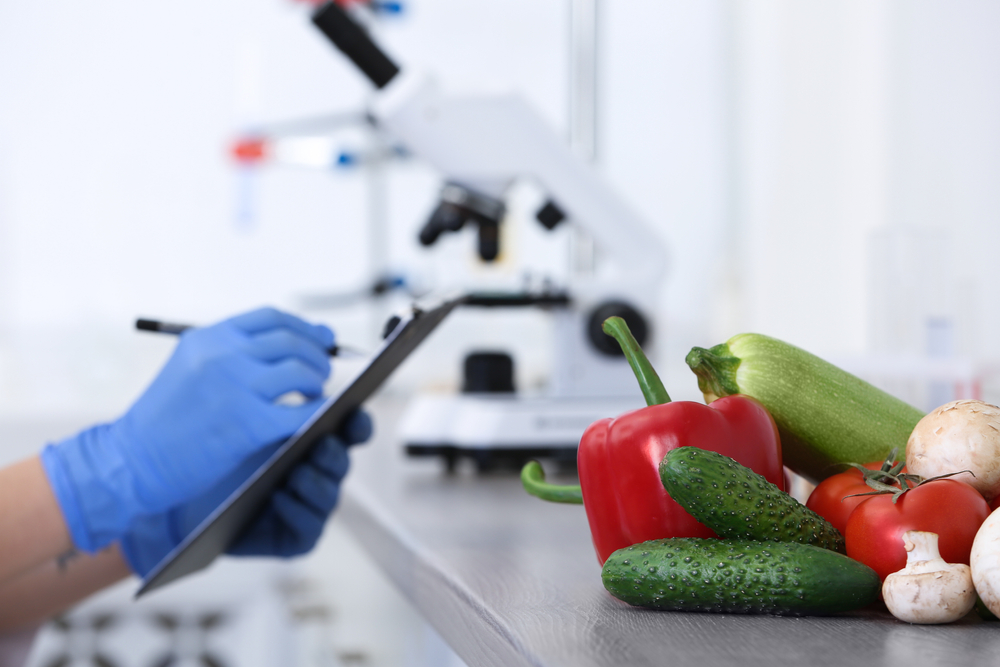 Thanks to an increasing awareness of the health issues of GMO crops, and the horrendous treatment of “battery” hens and other animals, people are now more aware of the need for organically sourced, locally grown (and therefore more trustworthy) produce and animal cruelty-free, plant-based food options.

For example, according to a recent report by Business Insider, a whopping 80% of all foods available for purchase in Britain are imported. The report focused on the food scarcity issues we will all surely face as a result of Brexit, predicting that “food shortages would happen within days of Britain’s current customs arrangements becoming defunct”. It also pointed out that “carrots for sale in the supermarket on Thursday were in the ground in Spain on Monday”, according to an interview with a senior trade official and an HSBC spokesperson.

Surely, anyone who cares enough about issues of food scarcity, sustainability and the impacts of travel on our planet should be equally concerned about where our fruits, vegetables and plant-based food alternatives are actually coming from.

And don’t get me started on palm oil — the chief ingredient of many otherwise “healthy” vegan or vegetarian meals — as the rate at which rainforests (the home of many rare and endangered species) are being demolished to supply palm oil is truly frightening.

Lastly, if we really are imminently facing potentially dire food shortages, both as a result of Brexit and the impacts of climate change affecting crops worldwide, our food choices — whether motivated by fad diets, ethical choices or dietary necessities — may eventually be limited by circumstances over which we have no control.

As I discovered from talking to vegan friends on the HS2 resistance camps, they often eat food even when it contains meat simply because they are hungry and food waste is another chronic issue. So, while I do wish to adopt a vegan lifestyle, I also have to consider not only my own health and dietary issues, but matters of sustainable sourcing and food waste.

The only true “answer” to all of these issues, then, is to grow, cook and make our own food, sustainably and ethically — and to support and patronise those who do, while ensuring none of these vital lifesaving resources do not go to waste. But that, of course, isn’t an option for everyone.

As a coeliac friend said: “I just can’t trust eating anything commercially available — I have to make it myself.” In view of all these issues, that does appear the only real option.

Jane Cahanehttps://smallwriteratlarge.com/
Jane Cahane is a freelance journalist and environmental activist who has been writing about and supporting the HS2 resistance since October 2019.
Previous articleBruins Opposing Speciesism: UCLA’s in-house animal activists
Next articlePlant-based meat brand Heura on its equity crowdfunding campaign