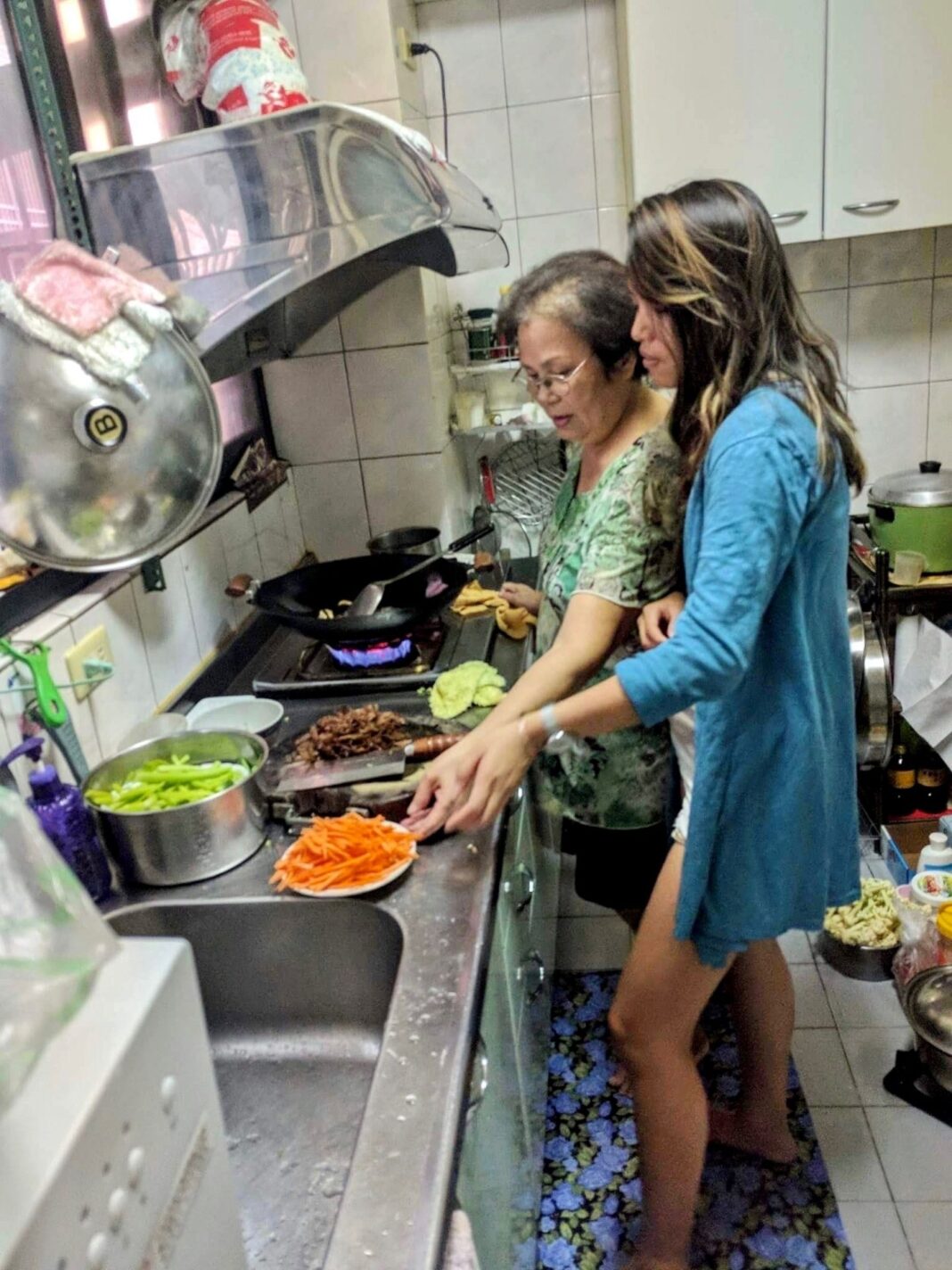 Being the first person to become vegan in my family was hard enough. Then I moved to another country, became Buddhist, and also stopped eating the five pungent spices.

It all happened so fast. One day I was an eighth-grader indulging in chicken caesar salad wraps with my friends at lunch. The next, after watching Food, Inc. in class, I not only stopped reaching for my usual lunch option, but also cut meat completely from my diet.

In the documentary, I witnessed how chicken farmers would keep chickens under artificial lighting to induce earlier maturity and increase egg production, all to grow chickens at a faster rate than they would naturally develop in order to meet the high demands of the meat industry.

At first, not eating meat was arduous. My mom didn’t really cook, so we mostly ate out. While we were in a big city, Denver in 2008 was not as vegan- or vegetarian-friendly as it is today. I could no longer go over to my friends’ for dinners and not feel like my new non-meat diet was added stress for their parents, so I started eating before I went over or lied that I wasn’t hungry.

Since everyone I knew still ate meat, I felt alone in my journey. Many times, at restaurants or when I was really hungry watching my friends eat, I debated giving in. One bite couldn’t hurt… But then, the images of the chickens would flash in my head and suddenly, the sandwich meat and the wings no longer looked juicy or tempting, but rather reminded me of the little chicks that only knew cages and artificial lighting their whole lives.

Around the same time, my mom had started going to meditation classes at a nearby Buddhist zen centre. Growing up in a predominantly white neighbourhood, my Mandarin was probably elementary-proficient at best. When I went to the zen centre with my mom, I didn’t really understand the classes taught in Mandarin, yet I still always looked forward to going.

The reason was the food — all the vegan dishes that people made and brought. Buddhism emphasises compassion, thereby condemning killing and violence for one’s personal gains, and that’s why most (Mahayana) Buddhists are vegans or vegetarians. So the zen centre was the only place where I could eat whatever I wanted without having to worry whether there were any meat or animal byproducts in it.

Shortly after I stopped eating meat, my mom also gave it up. Her motivation was her deepening Buddhist beliefs. The zen centre was a branch of a main monastery in Taiwan, where, as my mom learned, there was also a boarding school established by the same Buddhist monk who founded the monastery. And so, guess who became a student there a few months later?

We visited my grandparents and family in Taiwan every summer; however, that summer, I was particularly nervous. My grandmother is a phenomenal cook and, along with her home-cooking, the plethora of restaurants and street food vendors in Taiwan was one of the things I longed for the most every trip. How was I going to tell my grandma that I no longer wanted any of the braised pork, steamed fish and chicken soup (which she stewed for hours) that used to be my favourites?

To my surprise, when we got to my grandparents’ house, my grandma had prepared a whole table full of vegan dishes for us. Throughout the whole meal, she kept saying how unhealthy it was for me to not eat meat, and how she didn’t even think the food is good because she didn’t know how to cook without meat and “couldn’t even use fish sauce”.

When I asked her how she managed to conjure up so many vegan dishes, she begrudgingly told me she didn’t want me to be hungry, so she asked the farmers (or vendors) who only sold vegetables at the morning markets where she goes to do her grocery shopping. I was incredibly relieved and touched by what my grandma did, and was sure to let her know that her food was more delicious than ever before.

Since the boarding school I went on to attend was Buddhist-operated, the meals were naturally all meatless. Not only was there no meat, there were none of the five pungent spices that Buddhists don’t eat — onions, garlic, scallions, chives, and leeks. This was the most challenging part of eating vegan Buddhist meals, because I did not realise how often these spices are used in almost every Taiwanese dish. Telling my grandma no fish sauce? No problem. But telling her not to use these five spices? “How do you expect me to make anything edible?” Yikes.

Fortunately for me and my diet, Taiwan is actually one of the most vegan- and vegetarian-friendly countries in the world. A large part of this can be attributed to the popularity of Buddhism. Many restaurants offer vegan and vegetarian options, and there are a plethora of purely vegan restaurants, bakeries, dessert shops, and even street food vendors. Most of these vegan places are even ‘fully (Buddhist) vegan’, which means they don’t use the five pungent spices.

After more than twelve years of not eating meat, I realised it wasn’t as hard as I thought it was going to be, and that I didn’t really “miss out” on the things I used to love to eat; Taiwan has a vegan version of almost anything. Whenever I am in Taiwan, I am spoiled by the variety of vegan options I have — from street vendors serving traditional misua (a thin, salted noodle soup) vegan-style to vegan cakes and desserts, and even vegan French fine dining (the vegan versions of escargot and fois gras were really tasty).

Never would I have expected that one documentary would change my food journey so drastically, and open my eyes (but really my taste buds) to so many new experiences, especially in Taiwan. And I am forever grateful and relieved that none of those chickens are making it to my plate.

Aymee Yeh
Born in Taiwan, Aymee currently lives in sunny, southern California. When she visits Taiwan, she enjoys all the vegan food options there are on the beautiful island. Having dinner parties is one of her favourite things and she loves seeing her friends' reactions when they say, "I can't believe this doesn't have meat in it!
Previous articleSupermarkets and sustainability: How are the Big Four doing?
Next articleF.A.K.E. Movement: Pop-up fashion events for a more ethical and sustainable future