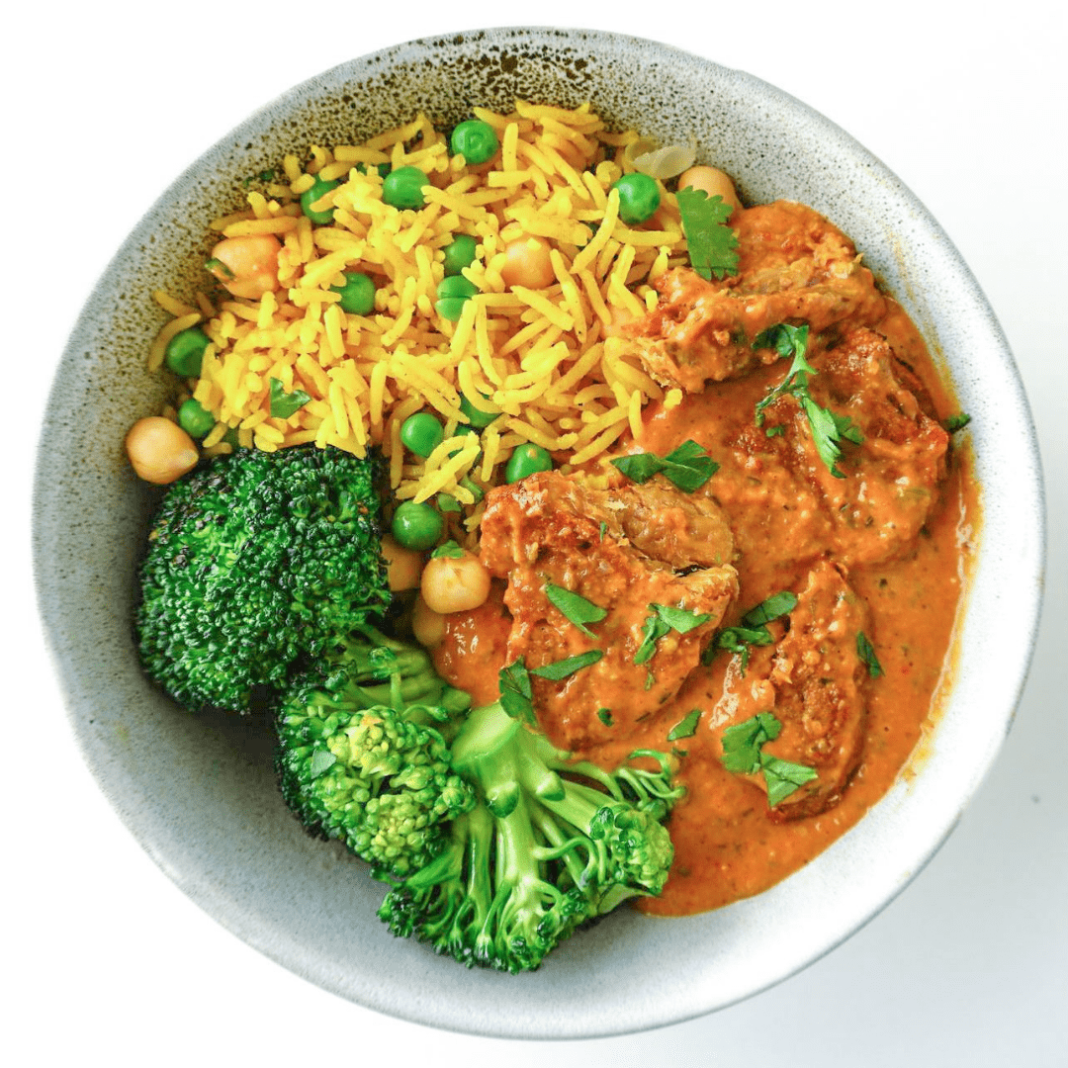 Growing up in working-class families, Nicholas Harlow and Britteny Bryan were always taught to work hard, save for a house, and start a family. Founding a business never crossed their minds. Until 2017, when they went full cards-on-the-table for frozen plant-based delivery service Berkano Foods.

Derived from a rune, Berkano means: “The most obvious truth is hidden deep within, and only you will ever know it.”

Harlow and Bryan were studying for undergraduate degrees when they transitioned to veganism in 2017. It was documentaries like Forks Over Knives as well as overwhelming scientific research that made them take the jump. 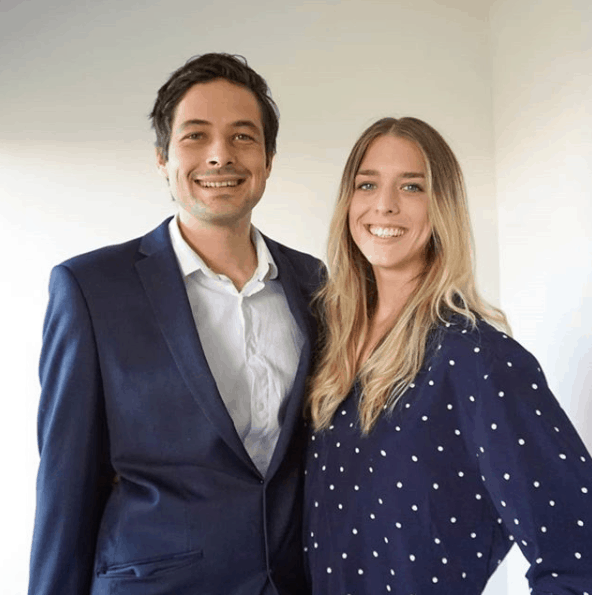 They soon quit their jobs and studies and began their lives as entrepreneurs. Not long after, the business partners ran out of capital and were forced to live out of a storage shed for eight months. “It was one of the most horrible things we’ve had to endure,” recounts Harlow. “A mattress on a concrete floor with no windows.”

The first days of business weren’t easy. Berkano Foods began because it wanted to be ahead of the curb. But New Zealand was years behind the rest of the world in veganism. In 2017, the country had just seen its first plant-based cheese launch.

“When we started, we had 10 customers per week,” says Harlow. It took two years for their first competitors to emerge, and until recently, Harlow and Bryan were working up to 100 hours a week. “It was our passion for veganism that made us stick to our guns and wait for our demand to catch up,” the co-founder adds.

Based in Christchurch, Berkano Foods is available nationwide in supermarkets and online. The plant-based company offers a range of menus and it’s constantly expanding its offerings. Harlow and Bryan’s favourite meals are the butter chicken and the bacon macaroni, as well as the newly released fitness line. Other options include family meals, a BBQ menu, pizzas, desserts, frozen and chilled products, pantry food, and pet food. 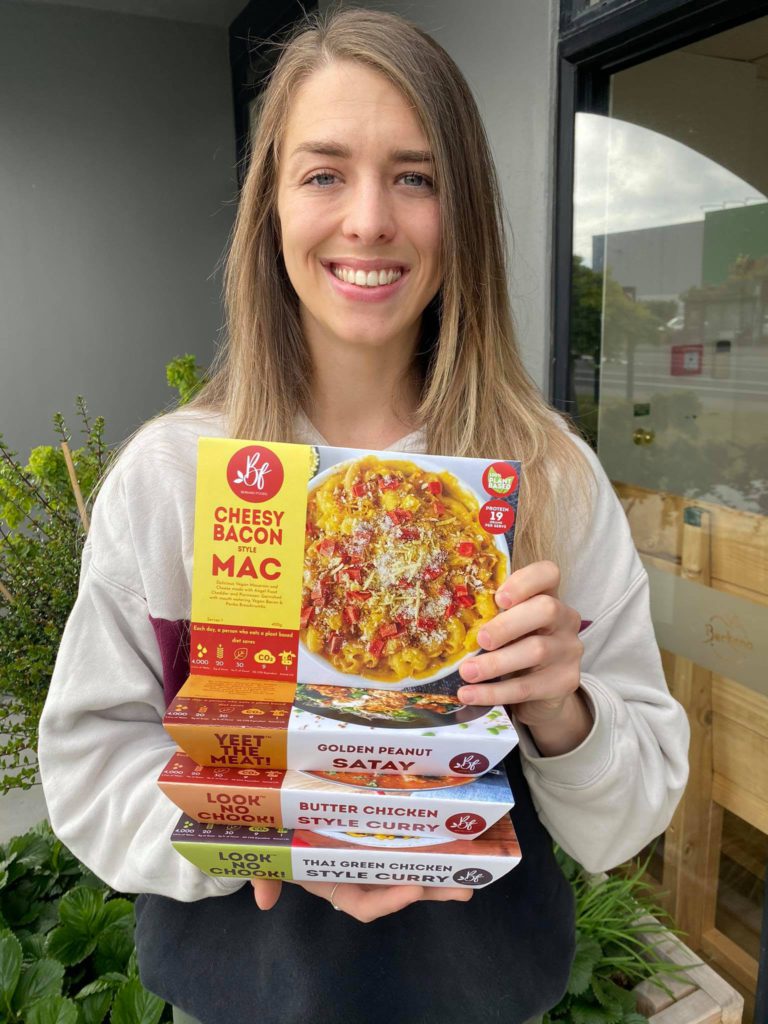 Bryan and Harlow are reforming convenience food. The sector was declining in New Zealand — strongly associated with boring, old-people food. Harlow says they are turning this idea around by improving the quality of ready meals tenfold.

Berkano Foods prides itself on top-quality, local ingredients. About 90% of its meals are sourced in New Zealand and produced in a strictly plant-based factory, consumers can feel safe knowing there is no cross-contamination from animal products.

Berkano Foods has been the leading plant-based delivery service for a while now, with the Christmas menu making December 2020 its best month yet. But Covid-19 has not made things easier. Though the couple feels New Zealand’s government handled the crisis quite well, the economy has suffered and people have become more conservative with their spending. While it was in high growth mode in 2019, last year forced the company into survival mode.

Demand for plant-based has constantly risen, though. With that, came a handful of competitors, beginning in 2019. Bryan and Harlow applaud other vegan businesses, seeing it as a way to lower retail prices and make it more accessible to the public.

“But a lot of companies are just sub-brands disguising themselves as plant-based businesses,” says Bryan. When big corporations do this, consumers don’t know the difference between the two. But Berkano Foods will always choose the smaller, plant-based companies, and encourage the public to “vote with their dollar” on this too.

The couple also draws a line in the sand between plant-based and vegan. Referring to the recent Nestlé scandal, Harlow explains that “exploiting the planet and humans, importing products from across the world, and generating high footprints, goes against the morals most vegans like to live by”. A niche for dairy and meat will exist for a long time, and the couple believes by buying big companies’ products, money will keep going to these industries. “It’s a valuable time to flip the industry on its head,” Harlow adds.

Read our take on whether Nestlé’s vegan KitKat announcement was timed to overshadow the child slavery lawsuit.

2021 is going to be a huge year for Berkano Foods. Harlow and Bryan have made their business the entirety of their lives for the past four years, and are excited this will finally be generating significant results. As well as expanding into Australia, they hope to develop meat alternatives, which are still alien to New Zealand, with other companies.

Ultimately, though, Berkano Foods wants to become a hub for food innovation, a place for New Zealand and the world to go to for designing plant-based products. Their biggest goal? “To have Berkano listed on a public stock exchange,” says Harlow. “Where everyone can invest in us as the plant-based industry grows throughout the decade.”

Olivia Rafferty
Olivia is the Assistant Editor of The Vegan Review. An aspiring Middle Eastern correspondent currently studying journalism at City, University of London, she is passionate about the planet, she believes veganism is the first step to solving the complexities of climate change.
Previous articleWhich is the best vegan Easter egg of 2021? We taste-tested 7 to find out
Next articleAre car manufacturers any closer to producing fully vegan cars?