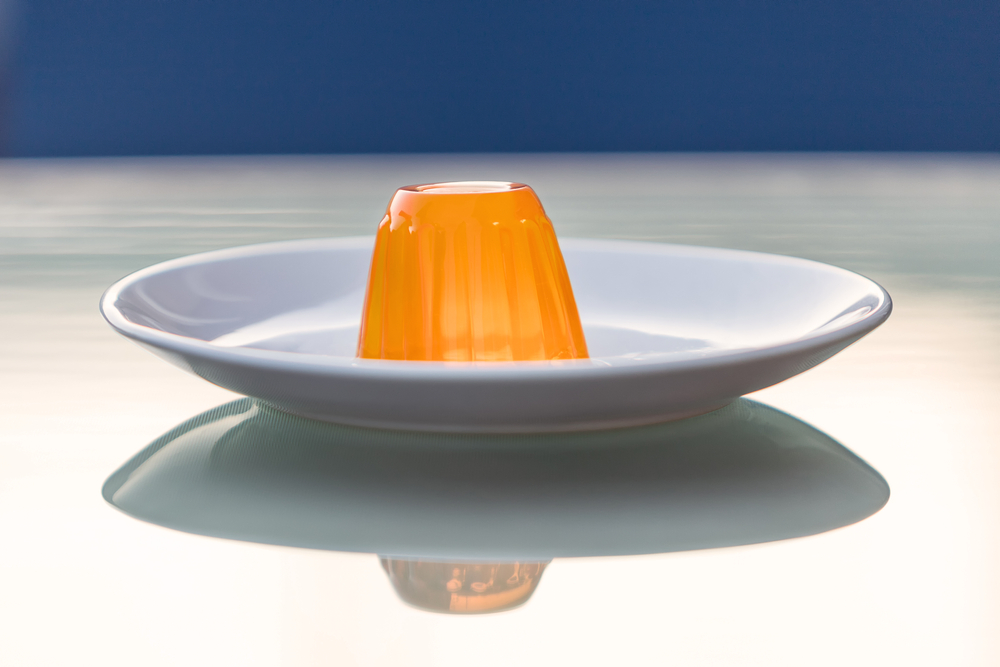 The wonderful alternatives that make things like vegan jelly, sliceable cheese and marshmallows: here are the best vegan substitutes for gelatin.

Gelatin is a staple in kitchens for both sweet and savoury foods, with its setting and shaping properties loved by chefs and bakers alike. But usually, gelatin is derived from animal-derived collagen, commonly from fish, beef, pork and chicken.

Of course, that means it isn’t vegan-friendly. While there are many creative ways to substitute gelatin in vegan food, there are some direct alternatives that work better than the rest.

Here are three of the best vegan gelatin substitutes, so you can make your own jellies, mousses and even ice creams. 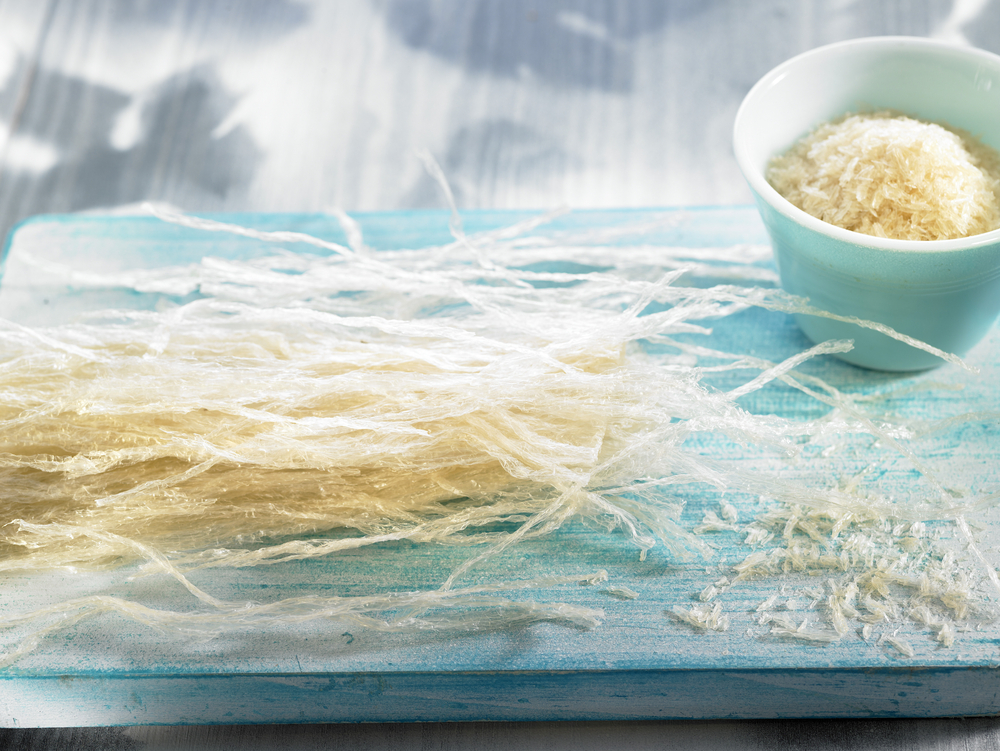 This is the most common (and most often mispronounced) plant-based substitute for the setting agent. It’s a kind of Japanese red algae usually sold in powdered or flaked form, or as washed and dried seaweed strips. Like gelatin, it’s flavourless, but it does set firmer. It’s also known as kanten, China grass and Ceylon moss.

You can usually substitute gelatin with agar-agar in equal quantities. Powdered agar dissolves in water quickly and easily, and generally doesn’t require cooking. A teaspoon of agar powder is the equivalent of a tablespoon of agar flakes, and can render about a cup of liquid.

Agar-agar is the most widely available alternative to gelatin. You can find the powdered form in most supermarkets, while specialist Asian stores will have the strips. This works best in desserts like panna cotta and marshmallows.

Read our story about the Japanese sweets, wagashi, many of which use agar-agar. 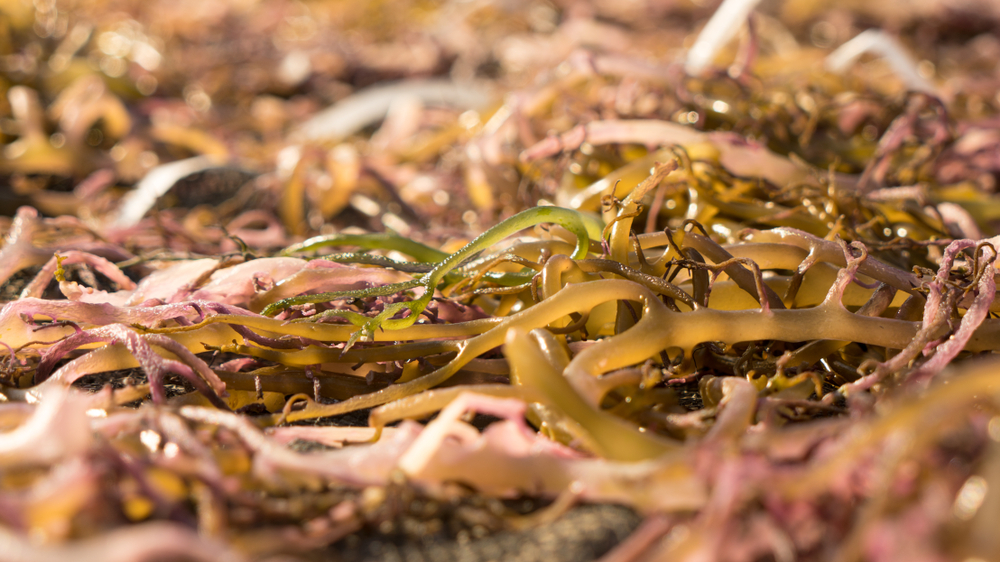 Also known as Irish moss, this is another popular gelling agent. Unlike agar-agar, this is slightly softer and is most commonly used for a melt-in-your-mouth texture.

Carrageenan too is extracted from red seaweed, and it’s a common ingredient in plant-based meat products. You can buy it in powdered or dried seaweed form and it can be odourless. If bought in seaweed form, carrageenan needs to be soaked for around 12 hours and then boiled.

Because of its softer setting properties, this is best used in puddings, mousses, soft jellies and ice creams. It’s considerably harder to find and is most likely available in health and online stores. 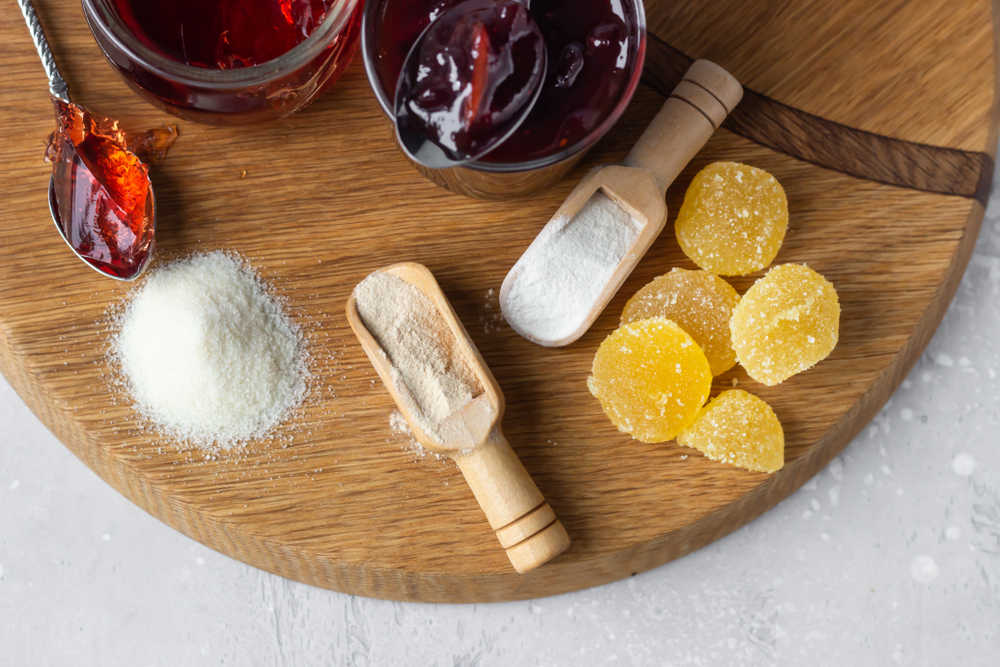 Not an ingredient by itself, but effective nonetheless. Many brands offer products made from a blend of different plant-based ingredients — usually one of the above, some kind of vegetable gum, acidity regulators and firming agents — to act as a gelling agent similar to gelatin.

Vegan gelatin blends act the same as regular gelatin, with a low melting point that makes for a great jelly or mousse.

Anay Mridul
Anay is journalism graduate from City, University of London, he was a barista for three years, and never shuts up about coffee. He's passionate about coffee, plant-based milk, cooking, eating, veganism, writing about all that, profiling people, and the Oxford Comma. Originally from India, he went vegan in 2020, after attempting (and failing) Veganuary. He believes being environmentally conscious is a basic responsibility, and veganism is the best thing you can do to battle climate change. He gets lost at Whole Foods sometimes.
Previous articleDirty Vegan: Dirty Bones’s London site serving up plant-based junk food
Next articleHow are Quorn’s vegan nuggets different from the original?