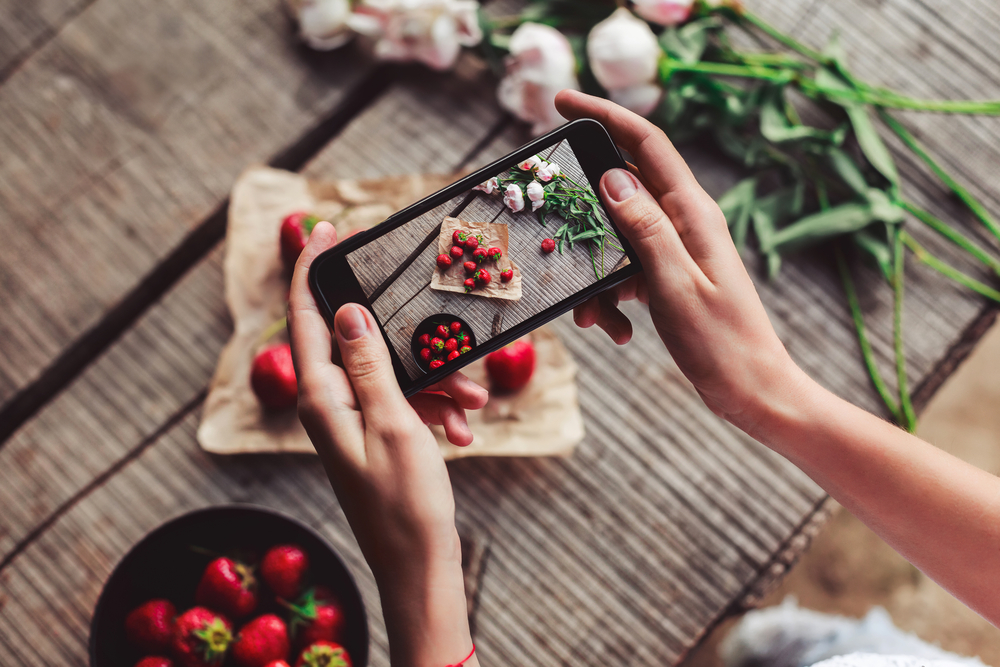 Chefs, video hosts, cookbook authors — these vegan influencers are at the top of their game, whether it’s on YouTube or Instagram.

Bring the two together and you’ll find vegan social media influencers a rising sector itself. These Instagrammers, YouTubers and TikTokers help raise awareness about plant-based food and the vegan lifestyle, encouraging and helping many people transition their diets.

Here are some of the best vegan influencers you should follow.

Gaining fame as an actress in movies, Tabitha Brown first went vegan after being encouraged by her daughter, who had suggested that her chronic pain and fatigue could be fixed by the diet. A struggling actor, she ended up becoming an Uber driver to get by.

But it all changed when her video review of Whole Foods’s vegan BLT sandwich in December 2017 went viral, after which the supermarket hired her as an ambassador. In March 2020, at the outset of a global lockdown, Brown began her TikTok channel, which shot her to mainstream fame and landed her a show, All Love, on Ellen Digital Network.

The North Carolinian is the most-followed vegan influencer on Instagram, with 3.3 million followers. On TikTok, that extends to 4.6 million followers. She posts plant-based recipes, tips, family videos and advice for people looking to go vegan or inspiration as a vegan.

He has previously worked with Wagamama to create a vegan dish for the restaurant’s menu, and helped curate the menu for the famous London vegan burger chain, The Vurger Co.

Oakley, who has surpassed a million subscribers on YouTube, is also the author of three vegan cookbooks, Vegan Christmas, Vegan 100 and Plants Only Kitchen, which was one of our picks for 2020’s best vegan cookbooks. He’s going on tour this year too with a pop-up restaurant.

Check out our guide to the best vegan burgers in London.

Formerly a Buzzfeed Tasty producer and now hosting videos for its sustainability brand Goodful, Merle O’Neal is one of the most welcoming vegan influencers you can find. She’s open-minded and denounces vegan extremism.

O’Neal started Tasty Vegetarian when she went vegan with the help of Challenge 22. She didn’t have a culinary background and so had to learn on the job. Now living in Los Angeles, she produces longer-form videos at Goodful, which includes a video series where she veganises meat and seafood dishes using unusual ingredients.

“People who are vegetarian or vegan, or even who aren’t but want to focus on plant-based food, need their own space,” she previously told The Vegan Review. She now has her own channel too, where she posts wide-ranging videos about relationships, sex, travel and veganism. The Buzzfeed host now has 100,000 Instagram followers and a growing base of YouTube subscribers.

“We think of ourselves as food ‘remixers’, because we recreate classic meals we enjoyed as meat-eaters, just with plants,” Henry Firth and Ian Theasby said in an interview with The Vegan Review. They are the UK’s bestselling authors, beginning in 2016 with social media video recipes.

BOSH! reached 100,000 followers in a month, and now the duo has had its videos viewed more than 2.5 billion times online. In 2018, Firth and Theasby launched their first book, BOSH!, which became the country’s first vegan cookbook to reach number one on the bestseller list.

Since then, they have released four more books: Bish Bash BOSH!, How to Live Vegan, BOSH! Healthy Vegan and Speedy BOSH! Their rise in popularity led to the 2020 ITV show Living on the Veg.

Candian blogger and TV personality Lauren Toyota is known for her blog, hot for food. She creates indulgent vegan comfort food for her over 350,000 Instagram followers. She began the blog as a side hustle in 2010, which was when she went vegan. Today, she holds two cookbooks to her name.

Her first book, Vegan Comfort Classics, was voted the best cookbook by VegNews’s 2018 Veggie Awards. As an activist, proceeds from her ebook sales were donated to BIPOC communities in the US.

Her second cookbook, Hot for Food All Day, was released last year with “achievable, casual, everyday cooking”. She told The Vegan Review that she’s toying with the idea of becoming a private chef, doing a cooking course, writing more books and developing grocery products.

A post shared by Candice | The Edgy Veg (@edgyveg)

Another Canadian, Candice Hutchings is the face behind The Edgy Veg. She had been mostly vegetarian for religious regions and transitioned to a plant-based diet a decade ago. She launched her blog in 2011, which expanded into a YouTube channel in 2012.

Ethics are huge for Hutchings, and it’s about the animals first. Like O’Neal, she helps promote inclusionary veganism and condemns extremist approaches, also focusing on the intersection of veganism and feminism. “I try to do it in an approachable way, through storytelling as opposed to lecturing,” she said, speaking to The Vegan Review.

She is one of the most popular Canadian vegan influencers, with almost 100,000 Instagram followers and more than 400,000 YouTube subscribers. But with those numbers, she has amassed an international fanbase that she is looking to create her own product for.

Anay Mridul
Anay is journalism graduate from City, University of London, he was a barista for three years, and never shuts up about coffee. He's passionate about coffee, plant-based milk, cooking, eating, veganism, writing about all that, profiling people, and the Oxford Comma. Originally from India, he went vegan in 2020, after attempting (and failing) Veganuary. He believes being environmentally conscious is a basic responsibility, and veganism is the best thing you can do to battle climate change. He gets lost at Whole Foods sometimes.
Previous articleIsraeli startup makes meal capsules from unwanted vegetables
Next articleVital Vegan: the one-stop health shop that’s a cafe too