Big bites in the Big Apple: the best vegan restaurants in New York 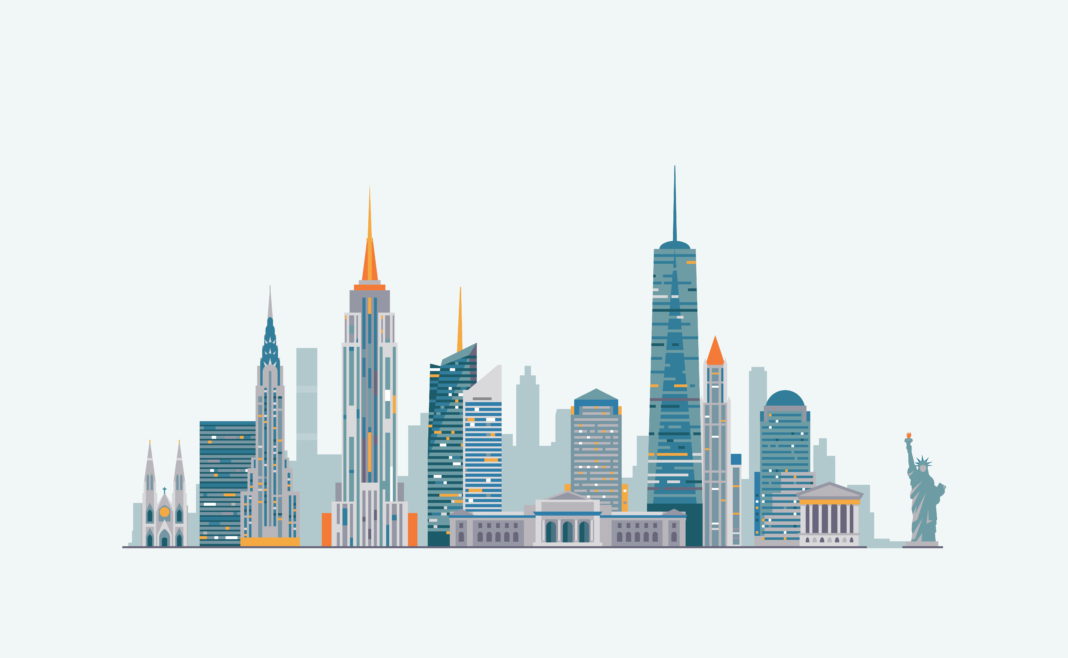 Not a wallflower in terms of embracing people from all walks of life, New York has welcomed a huge influx of vegan restaurants, but which are the best?

When it comes to listing the best vegan restaurants in New York, there are a couple of problems. Firstly, everyone has a different opinion as to which are truly in the upper echelons of plant-based dining. Second, it’s hard to narrow the list down into an article that is a readable length.

Think about the size of the New York population for a moment. Right now it’s almost 19.5 million people strong. Now think about how many buildings that translates into and of those, how many are shops and restaurants. You’re starting to see the issue, right?

To keep ourselves in check, we are going to limit our best restaurants to our ultimate top 10. Sure, we might upset a few people, but anything can happen in a New York minute, so maybe we can persuade some of you to try somewhere new.

The best vegan restaurants in New York, for every palate

Burgers, nachos, salads and desserts. Nothing is off the menu at the following vegan food hotspots:

With a name like this, you better hope that your food is amazing and thankfully, it is. Superiority burger brings a big punch of flavour to the almost fully vegan menu (just ignore the gelato).

Ingredients are bought fresh from the Greenmarket every day, with specials being devised around whatever was available. Prices are kept low, everybody is welcome and the restaurant itself is tiny, unfussy and focussed on what’s important: delicious veganised comfort foods being served up in a fast, casual and fun way. Don’t miss the infamous veggie burger.

Elegant and stylish, the dining room at Kajitsu speaks of a simpler approach to good vegan food based around shojin cuisine. A specific and specialist type of vegetarian cooking, the roots are grounded in Zen Buddhism and focus on the presentation of a multi-course dining experience.

Using fresh, seasonal ingredients cooked in a way to preserve the integrity and showcase the exquisiteness of each, courses are often small and incredibly beautiful. If you’re looking to impress on a date, this is a perfect choice.

Mexican food hasn’t always been thought of as too vegan-friendly but, JaJaJa is on a mission to change that. Everything on the menu has been designed to offer an authentic taste of Mexican cuisine, just minus the animal products: towering nachos, stuffed empanadas and moreish mole.

Don’t miss the cumin-spiced black beans or the surprising yet incredible hearts of palm ceviche. The only thing better than the food is the upbeat and vibrant atmosphere that comes from community, not gimmicks.

Don’t get caught up in the name here, or the fact that Dirt Candy isn’t a straight-shooting vegan eatery. A vegetarian restaurant that has a soft spot for the totally plant-based, everything on the fixed price menu can be veganised and given extra flourish.

Everyone from new vegans to dairy fans enjoy the switch from panela to cashew cheese and with such upmarket surroundings to luxuriate in, there’s no diluting of the overall experience.

Plant-based, organic and with a good dose of themed kitsch thrown in for good measure, this Le Pain Quotidien offshoot is something to behold. Styled with 19th-century pharmacies in mind, the ‘prescriptions’ of vegan dishes at Le Botaniste have a charmingly understated aesthetic but are big on taste.

Determined not to simply hide behind a plethora of meat substitutions, the chefs are focused on showcasing vegetables as the main attractions, while reinventing perceptions surrounding healthy food being bland. You’ll come for the decor but stay for everything else.

Read what New Yorkers have to say about the city being named America’s most vegan-friendly.

A favourite amongst East Village vegans, Avant Garden lives up to its clever name with imaginative works of culinary art that taste as good as they look intriguing.

A Ravi DeRossi restaurant, it won’t come as a surprise that the interior decor has been given as much consideration as the menu. The two intertwine seamlessly to create a welcoming yet exclusive vibe that is as irresistible as the cremini mushroom toast.

As far from the standard vegan sushi offerings of avocado and cucumber maki as it is possible to get, Beyond Sushi delivers innovation and satisfaction. Sometimes, all rolled up in nori.

As the name suggests, there are more than vegan versions of sushi classics on the menu here, with pasta, finger foods and sandwiches completing a diverse and dangerously tempting roster of dishes. If you don’t leave room for a black bean and sweet potato brownie, you’ll kick yourselves.

Fancy making your own sushi? Read our review of YO! Sushi’s home rolling kit.

Now for something really special. When going vegan, there are certain cuisines that we all know and accept will be forever out of bounds, with traditional French being right up there.

Délice & Sarrasin begs to differ, however. The menu reads like any French bistro, showcasing traditionally meat and dairy-rich foods, but nothing is quite what it seems in this genuinely 100% vegan eatery. The coq au vin? Made from pea protein. The foie gras? Cashew cream and tahini. And most impressive of all, the snails, which are actually oyster mushrooms. Genius and convivial. C’est magnifique! This really is one of the best vegan restaurants in New York.

Plant-based food gets an artisanal fluence at abcV, which serves up nutritious, non-GMO and usually organic treats, within an ultra-glam dining room. Aiming to align with the global cultural shift towards less meat consumption, the restaurant prices itself on sourcing as many of its ingredients from local family farms and businesses as possible. This results in a delightfully seasonal and robust menu but honestly, it’s the ambience that will keep you coming back for more, just as much as the food.

A post shared by May Kaidee | Thai Vegan Chef (@maykaidee)

“Authentic Thai food that just happens to be plant-based.” That’s the name of the game at May Kaidee, and it delivers. What the menu lacks in fish sauce, it more than equates for with super-rich curries, zingy fruit-filled salads and heart-healthy whole grains.

Meals are enjoyed over a long period of time, so this isn’t somewhere to come when you’re in a hurry, but a digestive tea to finish your experience is worth the wait. Flavour profiles to die for, service to love and memories to cherish. That’s what May Kaidee promises.

As we said, this is just a snippet of the incredibly diverse plant-based food scene in New York. They highlight one crucial thing though: change is happening. Veganism is becoming increasingly mainstream. As Michelin-starred chefs open vegan eateries and every borough starts opening up to the idea of less meat, the cultural shift will be felt all the way across the world.

Don’t miss our look at how New York-based giant Bon Appétit is ushering in vegan content.

Amy Buxton
Amy is a committed ethical vegan, raising a next generation compassionate human with her husband and their beloved dog, Boo. A freelance writer with a background in PR, she decided to use the COVID lockdown period to refocus her client base and has come to The Vegan Review as a senior writer and editor, before moving into her external content director role. "What we should be doing is working at the job of life itself" is Amy's mantra, courtesy of Tom from The Good Life.
Previous articleSunshine Vegan Eats: the restaurant brightening up New Yorkers’ days
Next articleVegan travel isn’t straightforward, but support can go a long way