Beyond Meat to reach China thanks to key partners 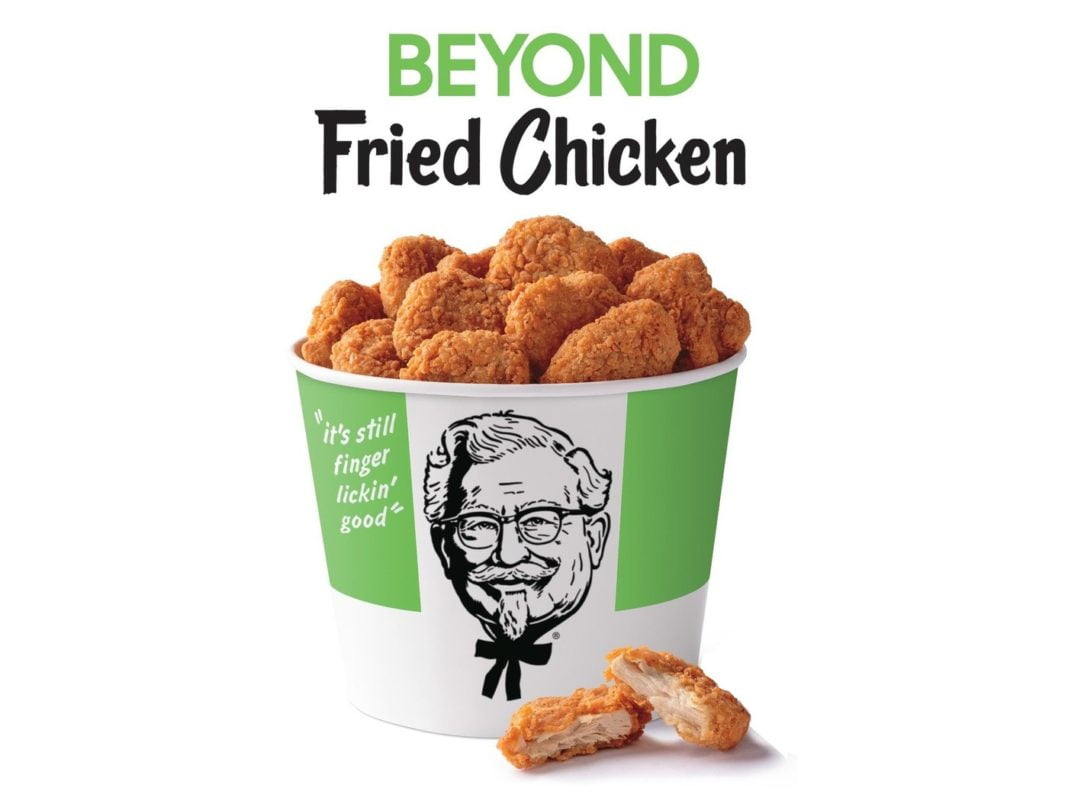 Beyond Meat to reach China as early as June after partnering with KFC to put their plant-based meats on the menu.

KFC China took to social media site Weibo to announce the partnership earlier in the month. “Looking forward to exploring a new journey in the food world together! #NewKFCEnergy. See you in June!”  tagging Beyond Meat on Weibo.

The partnership does not only include KFC. Beyond Meat Inc. also announced a partnership with Pizza Hut too. Both KFC China and Pizza Hut are owned by YUM China Holdings Inc.

A Beyond Meat spokesperson told Bloomberg In an email: “We’re proud to expand our partnership with KFC into China, one of their largest markets worldwide, as well as introduce a new partnership with Pizza Hut in China,”  “we’ll be sharing more details soon.”

The Pizza Hut partnership will begin on Monday while KFC will launch its new products sometime in June. Although details on the products and locations the will be available in have not yet been revealed.

In the month of April, Beyond Meat, to reach China, also announced that they will be entering the market by partnering with Starbucks Corp. Offering their products at over 3000 Starbucks locations in China.

The Chinese market has been a target for both Beyond and its competitors mainly Impossible Foods Inc. Way before the coronavirus pandemic struck. Other plant-based alternatives makers are also already in China including Oatly AB and Eat JUST Inc.

The Chinese population has steadily been shifting toward plant-based alternative products, especially since the COVID-19 pandemic. Plant-based products have been growing in popularity throughout China and the rest of Asia.

A study by Deliveroo Hong Kong found out the vegan food orders are sharply rising in the region. In May, the delivery service said the plant-based food orders in Hongkong have risen by 104%, that’s double what it used to be compared to the same time period last year.

Damoy Robertson
Damoy Robertson is an entrepreneur and founder of The Vegan Review. Damoy is dedicated to spreading veganism to the masses which he believes will enable people to make better, more informed decisions concerning the way we all interact with animals and our planet.
Previous articleUnited Nations Urges Investors To Invest In Plant-Based Food Industry
Next articleSlutty Vegan Partners With Impossible Foods