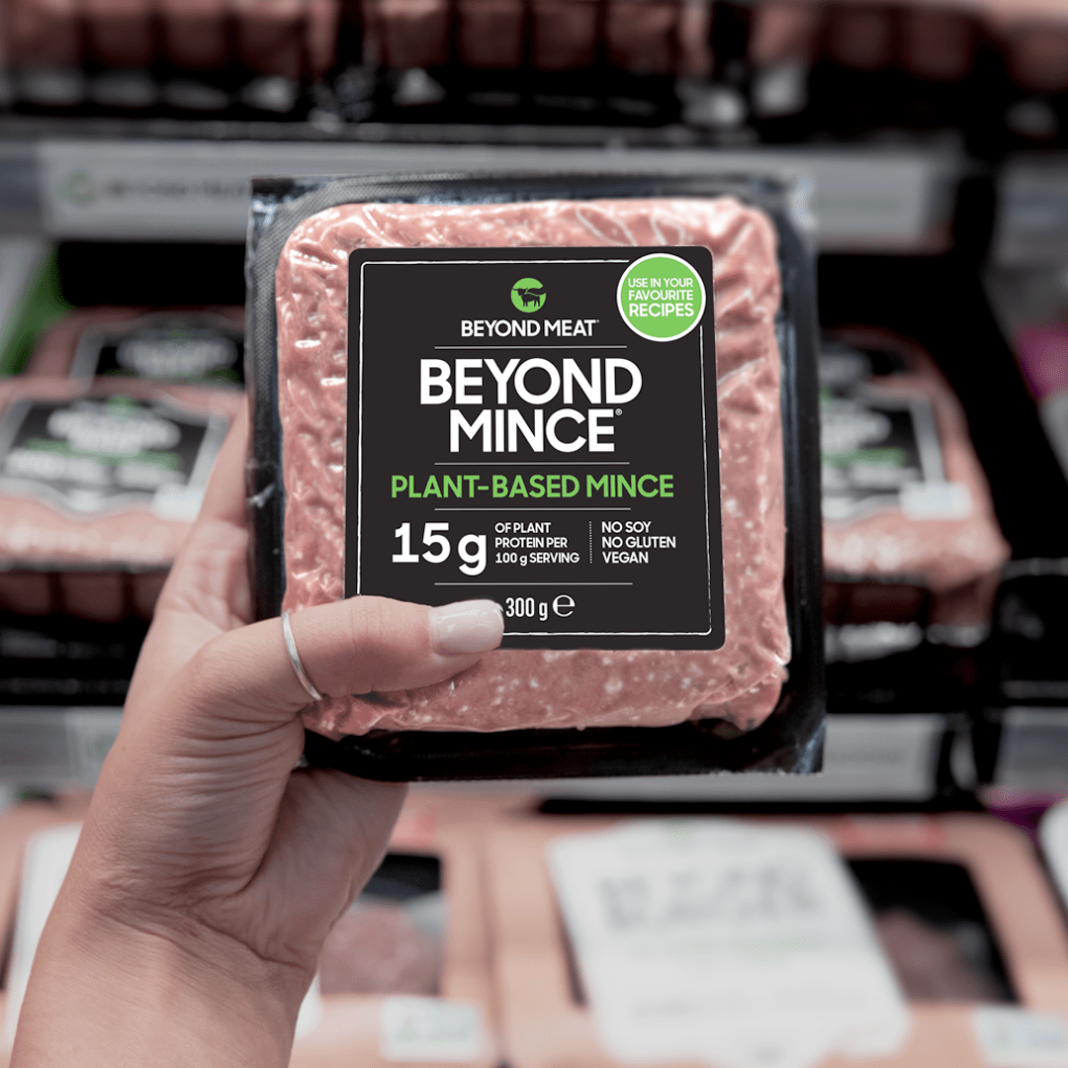 Beyond Meat has expanded its UK retail offering into 445 Waitrose and Sainsbury’s stores across the UK, as it continues its European growth.

Plant-based meat giant Beyond Meat has secured almost 450 more listings for its products in retail stores across the UK, as the company seeks to expand throughout Europe.

Between Sainsbury’s and Waitrose, Beyond Meat products will be available in 445 stores, as Waitrose introduces the Beyond Burger and Beyond Sausage and Sainsbury’s nearly doubles its Beyond Burger distribution nationwide.

The California-based company is also continuing its European expansion into more than 1,000 German retail stores and about 1,140 Austrian stores. Beyond Meat also launched the Beyond Mince for the first time in the Netherlands and Switzerland in the first quarter of 2021.

This expansion follows a report in March stating that Europe could reach “peak meat” by 2025. Last year also saw the highest total investment in alternative proteins ever, with $3.1 billion raised. Plant-based proteins accounted for $2.1 billion of that.

In June 2020, Beyond Meat opened its first co-manufacturing facility in Europe, partnering with Zandbergen World’s Finest Meat in Zoeterwoude in the Netherlands. It also acquired its first manufacturing facility in Enschede. With Beyond Mince recently developed by the brand’s European product innovation team, it seeks to expand further in the continent with countries like France, Spain, Belgium and Italy in mind.

There is also a possibility of multiple new products appearing on UK retail shelves soon, following the company’s registration of four trademarks with the Intellectual Property Office last month.

“These new and expanded retail partnerships throughout the continent serve as strong proof points that Europe’s appetite for plant-based meat and Beyond Meat products, in particular, is on the rise,” said Chuck Muth, Beyond Meat’s chief growth officer. “In fact, because of our strict ingredient guardrails, we’ve been able to more easily enter global markets including the EU to make plant-based meat options that are better for people and the planet more accessible to all.”

Anay Mridul
Anay is journalism graduate from City, University of London, he was a barista for three years, and never shuts up about coffee. He's passionate about coffee, plant-based milk, cooking, eating, veganism, writing about all that, profiling people, and the Oxford Comma. Originally from India, he went vegan in 2020, after attempting (and failing) Veganuary. He believes being environmentally conscious is a basic responsibility, and veganism is the best thing you can do to battle climate change. He gets lost at Whole Foods sometimes.
Previous articleHow can a vegan diet maximise your fitness workout?
Next articleTurning bio-waste into renewable cooking gas and fertilisers