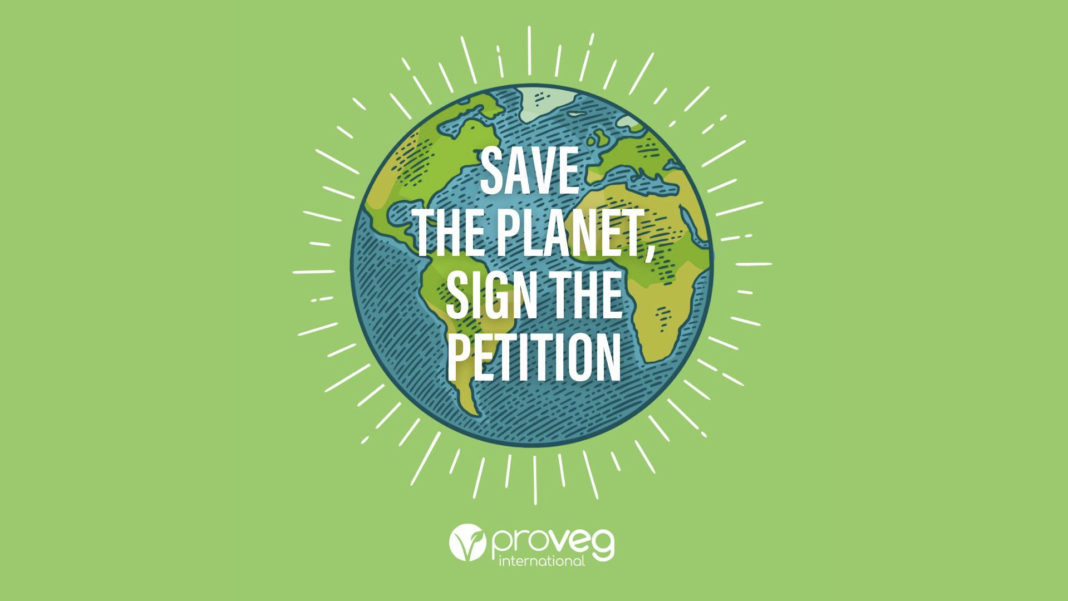 ProVeg has launched the Diet Change, Not Climate Change campaign to petition Joe Biden to centre plant-based food in the US’s climate plans.

The petition was launched as part of the Diet Change, Not Climate Change campaign ahead of Earth Day, which will mark Biden’s first global climate summit as president. With an aim of 10,000 signatories, the petition has already garnered 3,500 votes of support.

ProVeg points out that there is no mention of food targets in the US’s climate plans despite scientific consensus from the International Panel of Climate Change, Food and Agriculture Organization, World Health Organization and Eat Lancet. It builds on Biden’s statement last year, pointing out climate change as humanity’s number one issue. The US officially rejoined the Paris Agreement a month after Biden took office, and now, ProVeg is asking his administration to prioritise plant-centred agriculture to meet its ambitious climate targets.

The petition highlights the livestock sector’s contribution to more than 14% of global greenhouse gas emissions, adding that the demand for animal protein could increase massively by 2050. The organisation argues that transitioning from resource-intensive, animal-centred diets towards plant-rich ones is key to mitigating climate change, reducing pandemic risks, tackling food waste, and supporting regenerative farming communities.

ProVeg is asking the Biden administration to include plant-based food system targets in all its domestic infrastructure, climate and agricultural policy proposals as well as in all Paris and COP26 discussions to set an example and ultimately seek a 50% reduction in animal production by 2040.

He added that additional measures that can be taken include putting a moratorium on new factory farms and confined animal feeding operations (CAFO), limiting stocking densities of animal farms, adequately pricing the externalities — the true public costs from sources like climate change and water pollution — from farming animals and taxing them, and increasing the proportion of institutional federal food purchases coming from plant-based sources.

Asked whether he is hopeful that the US government would focus on plant-based food production in its climate plan, he said: “Without public pressure, I don’t anticipate the Biden [administration] to adopt significant policies in favour of plant-based agriculture. However, they have been very receptive to public opinion, and I believe our efforts significantly increase the chances.”

Read our story on the women petitioning Kamala Harris to go vegan.

Anay Mridul
Anay is journalism graduate from City, University of London, he was a barista for three years, and never shuts up about coffee. He's passionate about coffee, plant-based milk, cooking, eating, veganism, writing about all that, profiling people, and the Oxford Comma. Originally from India, he went vegan in 2020, after attempting (and failing) Veganuary. He believes being environmentally conscious is a basic responsibility, and veganism is the best thing you can do to battle climate change. He gets lost at Whole Foods sometimes.
Previous articleOp-ed: Why we made Mother Nature our CEO
Next articleBetter Nature announces the UK’s first carbon-negative and plastic-free alt-meat