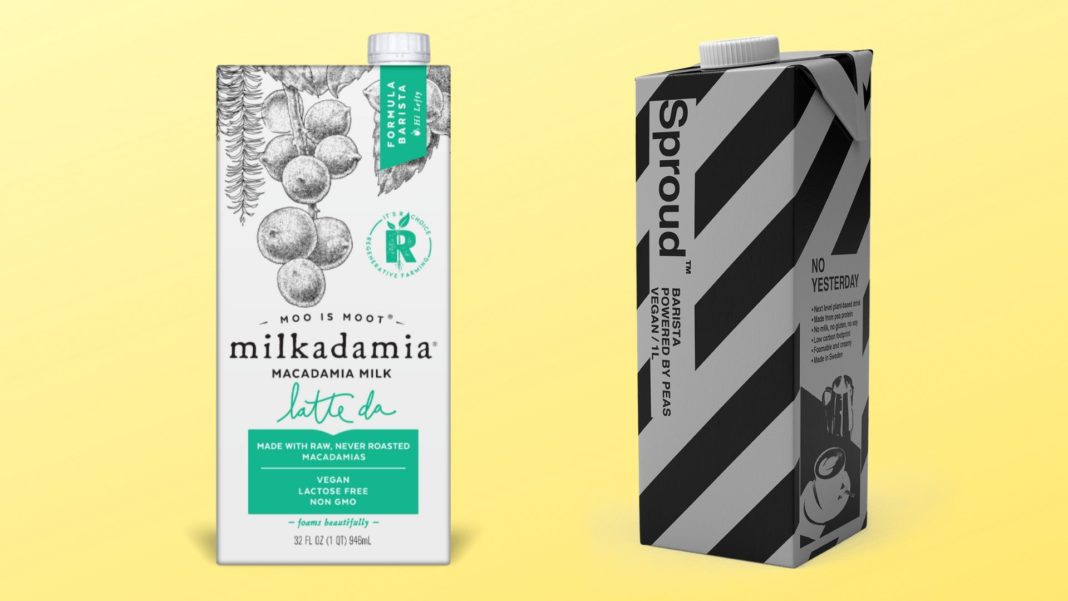 If you’re not blending your plant-based milk, you’re missing a trick. The barista versions from milkadamia and Sproud will change how you drink coffee.

We’re not living in a soy-or-nothing world anymore. Gone are the days when you’d have to settle for a beany alternative to milk in your coffee or cereal. We’re on the other side of the spectrum, where it’s almost getting hard to choose between the 17 different kinds of alt-milks our local grocery stores have on the shelves

Soy has long lost favour, paving the way for almond milk to dominate the way Rafael Nadal dominates Roland Garros. When it comes to coffee, oat milk is king, while coconut is an age-old favourite of the alt-dairy industry and rice the carrier for vegan milk chocolate.

But how about this? Why choose one when you can mix two? (No, I’m not talking about those absurd dairy/non-dairy hybrids.) The stereotype of plant-based milk not tasting like dairy is now making way for opinions that champion each alternative’s unique flavour and how it can be best used to your advantage.

Read our story about what goes into making vegan milk chocolate.

I’m an alt-milk nut, and I’m here to tell you that while oat’s the popular sports kid, soy the forgotten senior, pea part of the niche club, and almond the prom queen, together, they can make something even more wonderful.

We’re diving into a series of plant-based milk blends, explaining why they work and why you should experiment with them to up your alt-dairy game.

The first of the lot is also among the most sustainable: macadamia and pea.

My love for macadamia milk isn’t unknown. I love the sweet, vanilla-y notes and strong pangs of childhood nostalgia it brings me.

Pea milk isn’t a term I ever thought I’d say, but it exists and, when done right, it can be delicious. Pea protein is all the rage right now, and the UK isn’t short of milks derived from it. I’ll admit: it can be an acquired taste, but then again, they were calling oat milk an acquired taste too three years ago. 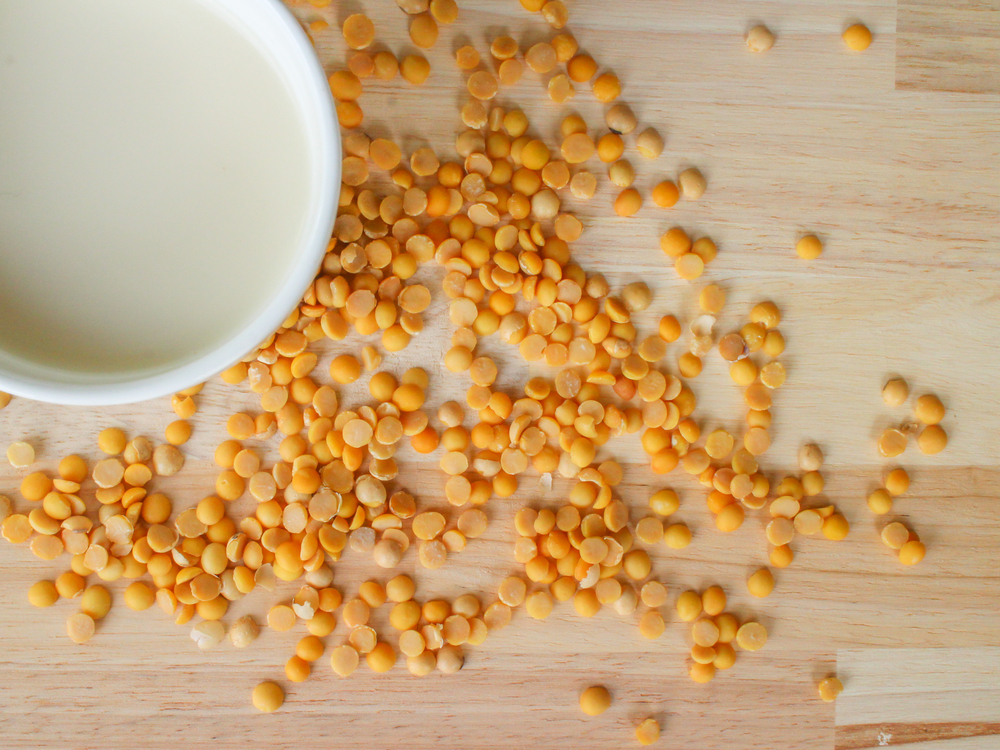 Back to blending. This is simple and outrageous. Take half milkadamia’s Latte Da Barista milk and half Sproud’s Barista pea milk, froth it your regular way and use it in your morning flat white.

When I tried this, I can’t tell you how surprised I was. As someone who was vegetarian for over 20 years of their life and grew up in the highly dairy-heavy culture of North India, I love the taste of milk. I love its natural sweetness and mellow hints of vanilla, and I love what it does to coffee.

So many brands claim to be the inventors of the closest-tasting alt-milk to dairy. For most of them, it’s a marketing gimmick. While Sproud and milkadamia don’t take that brand tone, mixing the two produces the most striking resemblance to cow’s milk, at least in coffee.

Besides my amateur taste buds, there’s a scientific explanation to why this works. Pea protein has a very particular flavour — it tastes like yellow peas, not surprisingly. While it’s something you can get accustomed to as a vegan trying different products, it can sometimes be unpleasant in a milk-based drink.

To counter the flavour of pea, vanilla is a highly effective addition, as ingredient manufacturer Synergy Flavours’s Paulette Lanzoff told Food Business News. Enter milkadamia with its gloriously deep character of vanilla, counterbalancing the off-notes pea can bring and contributing to what becomes a fragrant and milky plant-based blend.

This was my confirmation: vanilla and macadamia nuts — the two main tasting notes of milkadamia — make a delightful combination with pea protein — which is what Sproud is based on. I also realised that milkadamia itself uses pea protein in its ingredients, which is added proof that this is a match meant to be. 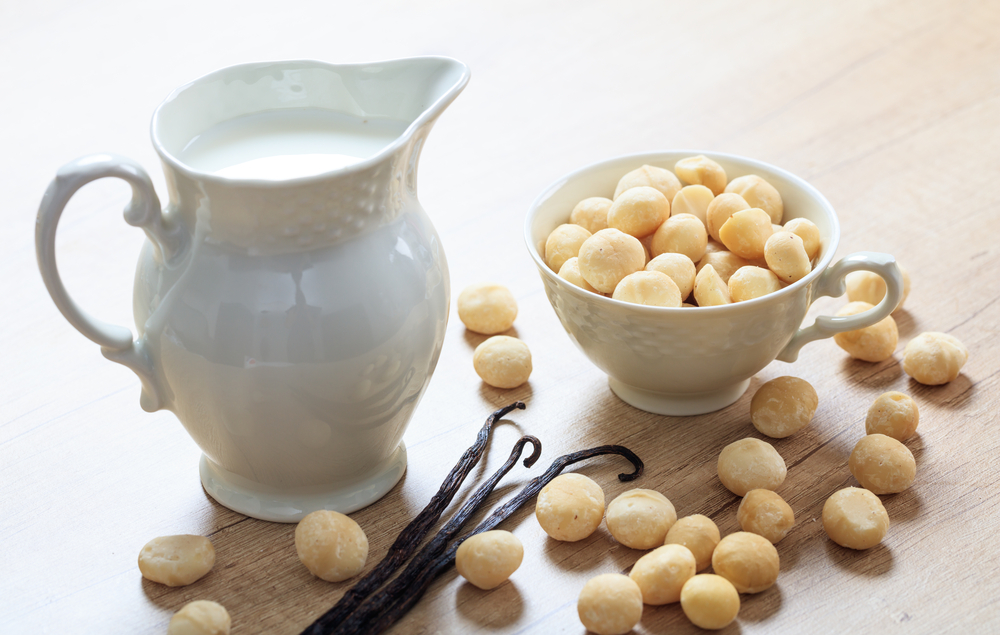 And while this blend tastes pretty good on its own, it’s even better in coffee, and a lot of that has to do with using the barista versions of the milks. This mix wouldn’t work as well with both brands’ regular variants.

Barista milks have a few additional ingredients that are key to the final drink, without which they might split, not foam or taste unpleasantly sour in coffee. These additives are usually in the form of emulsifiers and pH buffers that help stabilise the acidity of the drink.

So, using the barista milks is paramount. But while milkadamia balances out Sproud’s pea flavour, Sproud returns the favour by amping up the frothability and textural consistency of the blend in coffee.

The problem is, milkadamia’s barista version isn’t the most foamable alt-milk, at least for home baristas. It froths a little, but give it a swirl and the foam settles with the bubbles, dissipating quickly as it sits.

Sproud Barista, on the other hand, produces fantastic froth. Once you heat up the pea milk, the air particles spread into its contents evenly when using a steam wand or pumping down the French press filter. Swirling the milk ensures the milk has a uniform texture and tapping the jug gets rids of any large bubbles, allowing for a better flavour and even making latte art.

The macadamia and pea milks complement each others’ weaknesses and amplify their strengths, producing a blend that not only tastes like milk, but makes drinking coffee as a vegan a uniquely delightful experience.

Anay Mridul
Anay is journalism graduate from City, University of London, he was a barista for three years, and never shuts up about coffee. He's passionate about coffee, plant-based milk, cooking, eating, veganism, writing about all that, profiling people, and the Oxford Comma. Originally from India, he went vegan in 2020, after attempting (and failing) Veganuary. He believes being environmentally conscious is a basic responsibility, and veganism is the best thing you can do to battle climate change. He gets lost at Whole Foods sometimes.
Previous articleThe Vegan Society unveils huge mosaic in Shoreditch
Next articleNew consumer transparency app helps avoid unsustainable products