Branding veganism with the help of the term ‘plant-based’ 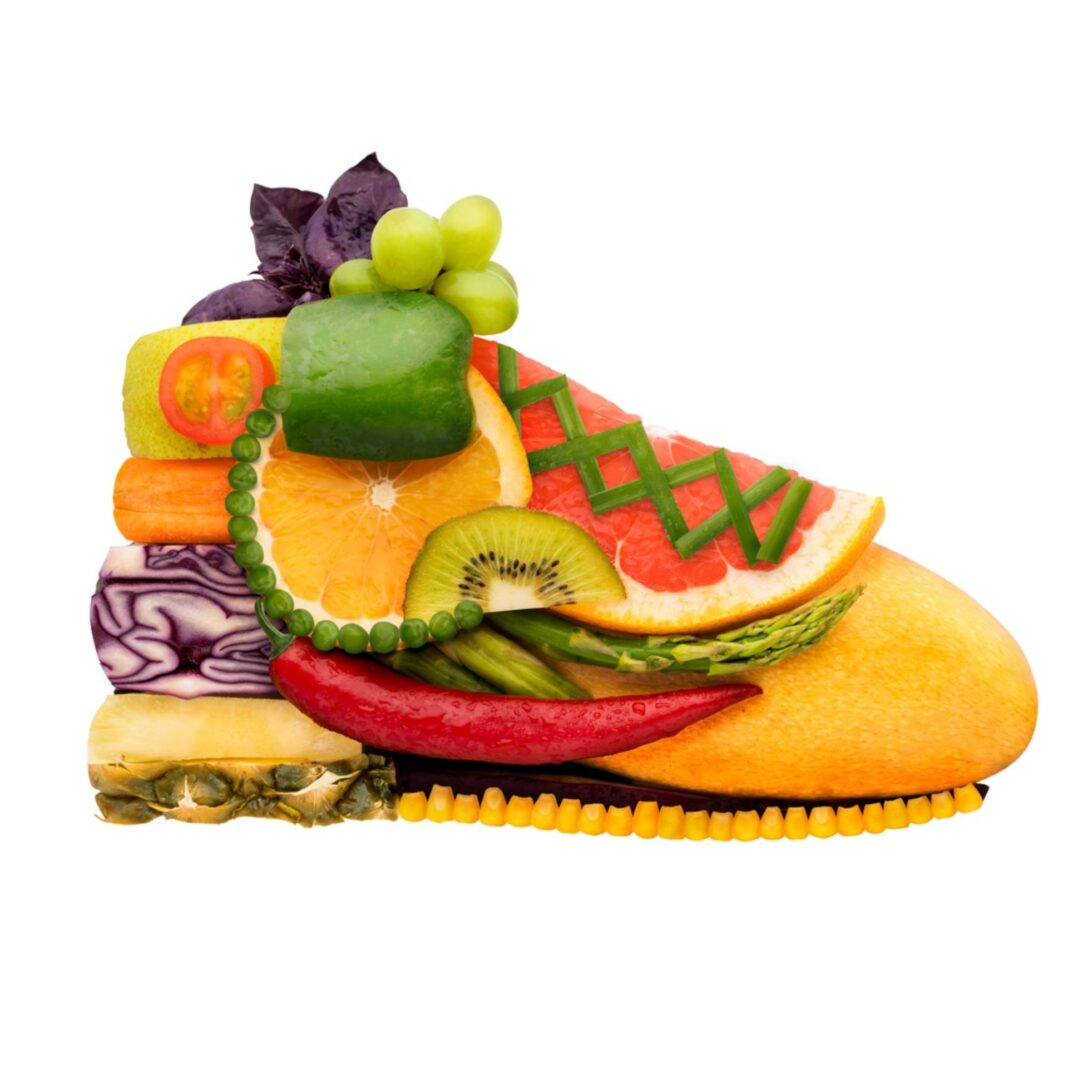 Plant-based is a way to talk about veganism without antagonising anyone. When it comes to branding vegan businesses, ‘plant-based’ can do wonders.

Vegan has become quite a provoking word. People might have an adverse reaction, or at least a change in behaviour when mentioning the term. Attempting to disassociate from the somewhat-combative stigma around the V-word, some vegans prefer to call themselves plant-based.

While it is interesting to look at the reason why the word has become triggering, it is even more interesting that nobody seems to have anything against plant-based people. The term ‘plant-based’ became a diplomatic, even sexy way of talking about vegan nutrition sans attracting vegan hate. It is a valuable tool that can be useful, especially when talking to less accepting individuals and audiences.

The word ‘vegan’ tells you what a person does not eat, which is not as informative as the term plant-based. The term plant-based implies that plants are the base of your food and that you mostly eat fruits, vegetables, legumes, grains, nuts and seeds.

However, from a semantics perspective, the term ‘plant-based’ is non-conclusive; a plant-based diet might have things in it that are not plants, potentially including animal-derived products or other processed foods. However, most people refer to a plant-based diet as synonymous with a vegan diet, meaning zero animal products.

Unlike veganism, ‘plant-based’ does not talk about lifestyle choices and concentrates only on dietary habits. It does not encompass the belief system and ethics surrounding veganism, such as not wearing leather or purchasing only cruelty-free products (which is the main reason for critique from the vegan community on people who are plant-based).

To better demonstrate the branding power of calling yourself or your business plant-based, The Vegan Review spoke with Shirel Berger, a groundbreaking fine-dining chef who refuses to treat her cuisine as vegan despite it not containing any animal products.

Located in Tel Aviv, Opa, Berger’s restaurant, has set a new standard for food that relies on fruits and vegetables, and is well on its way of standing in line with the best restaurant in the world.

So why does Berger choose to categorise herself as a plant-based chef, and not a vegan one? “Although it is vegan, the food I make does not come to serve a vegan agenda. My dishes stem from a worldview that veganism is a part of, not the entire story,” she tells me. Berger’s issue with vegan culinary is that it emphasises what it is “lacking”; most vegan food will be around imitations of the animal-derived products it prohibits, and thus remains conventional and unimaginative.

“The fact that I became vegan does not mean I lost my taste buds. I really enjoy being vegan. I love it. I feel better. I do not miss meat in my cooking or diet, so why should I try to imitate it or find substitutes?” notes Berger. “I do not want to concentrate on dietary restrictions. I want to increase the light in the world. Veganism is associated only with what we avoid, but I want people to think about what they dine on.

“I want people to eat the fruits of the earth. Vegetables are insanely diverse; one vegetable — a thousand flavours. People do not know enough about what they can make with vegetables. My choice to cook plant-based is not only related to ideology — it stems from a place of ‘look, this is fascinating! No one does this!’ Of course, ideology is a part of what I do, but it is culinary creativity that essentially guides me. My goal is to show the world the heights you can reach when cooking with vegetables and incorporating innovative cooking techniques.”

Opa has been successful in appealing to sworn carnivores and has been gaining overwhelming reviews from diners far from veganism. “I want the people who come to eat at Opa to come because they love good food, not because they are vegan. I feel the vegan category immediately excludes me from the gourmet market and fixes me in a niche I do not want to be at,” says Berger. “There is something not sexy about ‘old-school’ veganism. I’d rather say I am in love with vegetables, and I do magic with them. I aspire to develop deep and umami layered flavours in fruits and vegetables. We need more fine, beautifully plated, innovative and mind-blowing food from vegetables and fruits.”

Berger believes that, similarly to meat-focused or fish and seafood-focused restaurants, there should be restaurants that are fruits and vegetables-focused, without necessarily falling into the traditional definition of vegan. “In every restaurant I worked at, vegetables were always a side dish accompanying the fish or the meat, so why not take this wonderful, flavour-rich, species-rich produce and give it the spotlight”?

Apart from avoiding animal products, Berger believes there are other essential aspects to dietary choices that a vegan lifestyle does not necessarily address. For example, the environmental and ethical impact of food production, the increased consumption of soy, wheat and corn, and the polluting, carbon-heavy transportation of raw materials around the world.

In a way, Berger argues that the term ‘plant-based’ outperforms the word ‘vegan’ in relation to sustainability and ethics: “You could be vegan and consume cacao without understanding the human rights violations that farmers in Latin America suffer, or use cashew nuts without understanding you are giving a hand to an exploitative industry.

“We live in a world where we buy everything in the supermarket,” she adds. “We do not know where the raw materials came from, their quality, growing conditions, manufacturing methods, what they had to go through on the way to our plate — even when these are vegan raw materials.” When I ask Berger what she thinks is the next stage in the culinary world, she replies it is to “stop using imported raw materials and use 100% locally-sourced ingredients. My dream is to develop close relationships with farmers and really get to know the people who grew the food I eat and cook with.”

Since what we eat influences our health, Berger believes “chefs are the modern doctors”. Leading chefs are global and local culinary trendsetters, and therefore must understand the implications of using certain raw materials. “It is our responsibility to know the source for everything we are serving. Be brave and say: do not eat this. I am not a dietitian nor a health expert, but I cook from a place of love and therefore will never serve something harmful to human beings.”

It shouldn’t be obvious that choosing a new term over another is better than redefining an existing one. Yet, if the term ‘plant-based’ alleviates the efforts people have to endure when taking a step in the right direction, call yourself plant-based. As long as it does not become a laundering term for people who are not vegan but still want to enjoy feeling good about themselves, we can all benefit from extending the spectrum for those of us who eat vegan, but do not connect with the rest of what a vegan lifestyle entails.

Aviv Nesher
Aviv Nesher is a current Schwartzman scholar studying her master’s in management science in global affairs at Tsinghua University in Beijing. She works at the intersections of environmental action, trend analysis, and sustainable fashion. Her writing revolves around integrating sustainable practices within different industries and markets, and policy development that generates sustainable impact. Aviv has been vegan for five years and raw vegan for one year. She believes that transitioning into a plant-based diet is one of the most significant steps individuals can take to tackle the eco-climate crisis. Aviv is a graduate of the Hebrew University of Jerusalem, a United World College alumna, and a Huayu Scholarship recipient.
Previous articleHow a vegan diet can help manage PCOS, according to a nutritionist
Next articleIndian photographer Kira Issar on ecofeminism, religion, veganism and art