Breadfruit could be the next superfood, with great potential as a plant-based protein, research finds 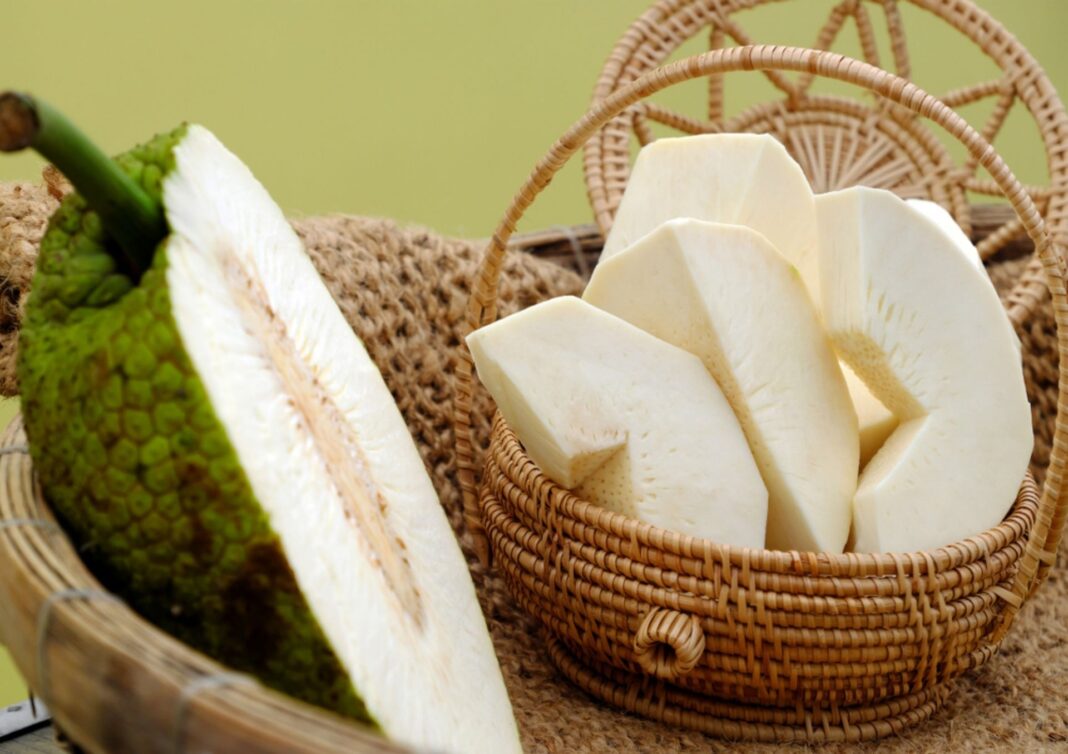 Breadfruit could be the next superfood, with high nutritional content and enormous potential in the plant-based protein, according to new research.

Breadfruit, a fruit native to tropical and South Pacific regions, could be the next superfood, with researchers from the University of British Columbia finding it has high potential in the plant-based protein sector.

The study says the tropical fruit has the potential to “improve worldwide food security and mitigate diabetes”. It can be eaten when ripe, or can be dried and ground up into a flour that is gluten-free, nutrient-dense, with a low glycemic index, and serves as a complete protein option. But it adds that basic scientific knowledge of the health benefits of a breadfruit-based diet was lacking.

For the study, the researchers had four breadfruits from the same tree in Hawaii shipped to Murch’s Lab at UBC Okanagan. Doctoral student Ying Liu led the study, examining the digestion and health impact of a breadfruit-based diet.

“Detailed and systematic studies of the health impacts of a breadfruit diet had not previously been conducted and we wanted to contribute to the development of breadfruit as a sustainable, environmentally-friendly and high-production crop,” said Liu in a UBC press release.

She adds that the objective of the study was to address breadfruit’s health concerns, as most studies performed on the fruit are based on its low glycemic index, which makes for easy comparisons with staples like wheat, cassava, yam and potatoes.

They found that breadfruit protein is easier to digest than wheat protein in the enzyme digestion model. Liu explained: “As the first complete, fully-designed breadfruit diet study, our data showed that a breadfruit diet does not impose any toxic impact. Fundamental understanding of the health impact of breadfruit digestion and diets is necessary and imperative to the establishment of breadfruit as a staple or as a functional food in the future.”

The alternative protein sector has seen massive strides in innovation recently, with pea protein and cell-based meat (and now, fermented protein) taking the industry forward. According to ReportLinker, the global plant-based protein sector is projected to grow from $10.3 billion in 2020 to $14.5 billion in 2025.

UBC’s research puts breadfruit in a promising position within the plant-based protein sector. Murch told FoodNavigator she expects the fruit to take off in the protein industry: “I think that there are signs that breadfruit will enter the world food markets in a big way in the next decade.”

Anay Mridul
Anay is the managing editor of The Vegan Review. A journalism graduate from City, University of London, he was a barista for three years, and never shuts up about coffee. He's passionate about coffee, plant-based milk, cooking, eating, veganism, writing about all that, profiling people, and the Oxford Comma. Originally from India, he went vegan in 2020, after attempting (and failing) Veganuary. He believes being environmentally conscious is a basic responsibility, and veganism is the best thing you can do to battle climate change. He gets lost at Whole Foods sometimes.
Previous articleAsda on becoming the UK’s first retailer to launch an ambient vegan aisle
Next articleThe Taiwan Vegan Frenzy fairs are rebranding veganism on the island