Breaking through the bias: vegans on rejection and ignorance 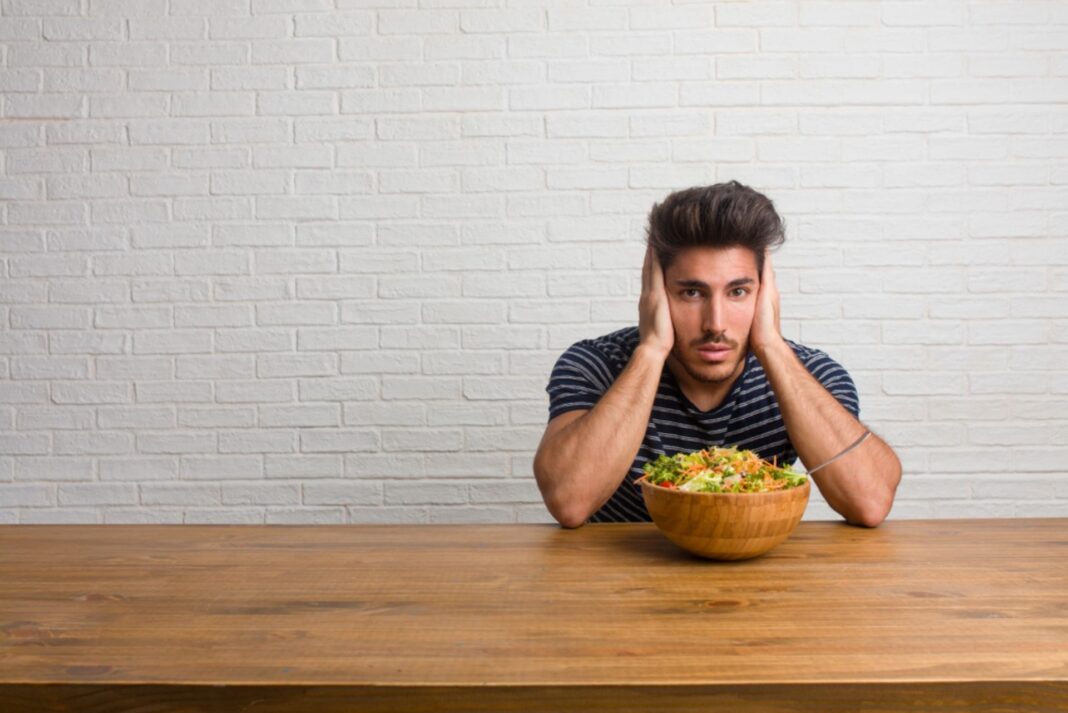 Despite the growing popularity and movement into the mainstream, the rejection of vegans is an everpresent issue in various facets of life.

“When I was 7 years old, my mother took me to our family GP because I refused to eat meat,” says Pete Farrugia, who is the admin of Facebook group Vegan Friends. “The doctor told me I would die if I didn’t start eating meat. I didn’t, and I’m still here 53 years later. I can’t remember being that upset; I knew instinctively that I was right.”

In contrast to this, a woman tells me that when she told her GP she was vegan, he asked if he could do some blood tests to check everything was okay. But he also said he knew being vegan was not a problem, and that his son is vegan. She knows she was lucky to have such a good doctor.

Mandy Bell went vegan in the 1990s. She went to an NHS nutritionist to check if her diet was okay, and to check for her three children, who were all being brought up vegetarian. “There was nowhere near as much information easily available in those days. The lady gave me a little bit of basic advice, the stuff we all know nowadays,” recalls Bell. “She said there was absolutely no problem, huge swathes of the world were already vegetarian (not so much vegan), and if only more people would adopt our diet, it would make her job much easier.”

A few days ago, a mother of a seven-month-old baby, was told by a health visitor that her baby “must have meat and dairy or she will be deficient in iron and calcium”. Recently, an elite athlete (who wishes to remain anonymous) with the healthiest of diets was told she couldn’t be vegan; she hasn’t given into the coaches’ demands.

This attitude is troubling, as there are so many healthy vegan babies, and notable vegan sportsmen and women. The visibility is growing, but the stories of rejection are rife.

A woman recently posted her experience on a vegan Facebook group. She was interested in the details of a fitness and diet course, lead by a ‘health and fitness expert’. While asking him some questions, she casually dropped in the fact: “Oh, and by the way, I’m vegan.”

And he immediately rejected her. She couldn’t resist saying she was surprised he ate meat if he was so health-conscious.

He replied: “There is nothing healthy about being vegan. Good luck.” She responded; “I don’t need luck. I get regular health checks and blood tests. I’m very healthy.”

He then sent her an article to read “and told me long-term veganism can result in mental health issues, such as anxiety, depression, self-harm, and pneumonia. I thought I’d let him know I’ve not eaten meat for 40 years and haven’t had any of the above.”

Another woman, commenting on the original post, pointed out that the article he’d sent her was about “correlation, not causation”, and that she wasn’t convinced he’d even read the article as it “absolutely doesn’t prove or even support his point.”

The forms of rejection vary, from disagreements and idiocy, through to incredibly intimidating and deeply worrying experiences.

A former teacher anonymously tells me she has had many experiences of aggression and hostility towards her for being vegan. “When I was a teacher, I was given a disciplinary for simply encouraging more plant-eating instead of processed foods and takeaways,” she explains. “I’ve been put in the hospital for being vegan. I always get comments about my shape, and that I should eat dairy and meat to look more healthy, regardless of the fact I weigh more now, in comparison to when I did eat meat.”

She adds: “Now that I’m a vegan and slightly underweight, I’m being referred to an eating disorder clinic, but when I was a lot lighter and not vegan, it was never an issue.”

The Washington Post reported this year that “until recently, eating disorder centres in America had been rejecting vegans unless they were prepared to eat meat.”

Another woman says that at her workplace, they have a catered lunch, but there is never anything vegan. She has a colleague with medical issues and they are not catered for either. At training events, tea and coffee rarely come with plant-based milk: “Last time I asked, I was told only ‘standard’ milk was provided.”

She went on a team-building residential course many years ago. Seven of them were vegetarian (there were no vegans), and the cook who was being paid to feed them deliberately made sure every meal contained animal products. “We were in the middle of nowhere and had to drive 10 miles to buy our own food.”

Another woman tells me: “I remember I used to be constantly told my constant colds at the time were due to me being vegan. It wasn’t, of course, it was due to a sinus infection. I now work elsewhere, where I’m not the only vegan; it’s easier and I haven’t been quizzed so far.”

Penelope Kent Hort is a mother of three vegans: “I cannot tell you how many times I have been vegan-shamed standing in line at the market or by a friend. Recently, people have been changing their attitudes. I am one of them.”

Hort was converted years ago by her now 12-year-old daughter, who one day decided she was going vegan. “I never thought it would last. I thought it was a phase. Years later, she wrote a report on veganism in elementary school, which, of course, I read. I turned vegan as soon as I closed that paper.

“With the right education, everybody, even those standing proudly with a gun in hand next to the collapsed body of an elephant, would agree. And if you consider the damage to the environment, kids would never eat meat again. It’s perhaps the single most important way we can stop damaging the earth. My kids really got to me. They taught me well.”

Read the stories of vegan parents and children who have faced discrimination and bullying.

The restriction and lack of education, ignorance of vegan nutrition, rejecting vulnerable people, aggression, teasing and bullying in its various forms, and so on; these examples and attitudes reflect a common pattern, wherein non-vegans feel challenged, defensively or aggressively, about being told what to do or having their knowledge questioned.

It’s one thing getting into a discussion or argument with colleagues about what you should or shouldn’t say in the classroom, facing bullying and thoughtlessness in a workplace, or finding out experts like doctors or GPs do not have a fully-rounded knowledge of nutritional information.

But it’s quite another thing when this lack of education and knowledge, in a way, is combined when an institution like an eating disorder centre rejects the very people they are meant to be helping.

The rejection of vegans can cause frustration and anger, undermine people’s confidence and self-esteem, and lead to derogatory comments and jokes. There can be instances of the workplace not providing vegan alternatives, or having no vegan options on the Christmas menu.

Being undermined or having your confidence knocked can contribute towards depression; there’s a general sense of negative mainstream attitudes towards vegans, as reflected in the media, often being reinforced within a workplace environment.

It’s incredibly dangerous for people’s mental and physical health. We rely on experts to guide us and colleagues to support, not harass, us. But when we find them lacking, this is a serious issue that must be addressed. From the smallest argument through to rejection of vulnerable people, there must be more education to save lives, human and animal alike.

We shouldn’t have to spend our time defending ourselves, when there is plenty of evidence supporting veganism for mental and physical wellbeing.

Jessica Fox
Jessica has been vegan for nearly 20 years; over the past 8 years, she has been actively involved in the London vegan community, organising and hosting a variety of vegan events.She also regularly hosts walks, potlucks, and art/creative writing workshops. Jessica is an artist, writer, and genealogist; she loves photography, swimming, and walking in the countryside and seaside.
Previous articleEU votes against the vegan labelling ban on terms like ‘veggie burger’
Next articleDating as a vegan: How vegan dating apps like Veggly can help