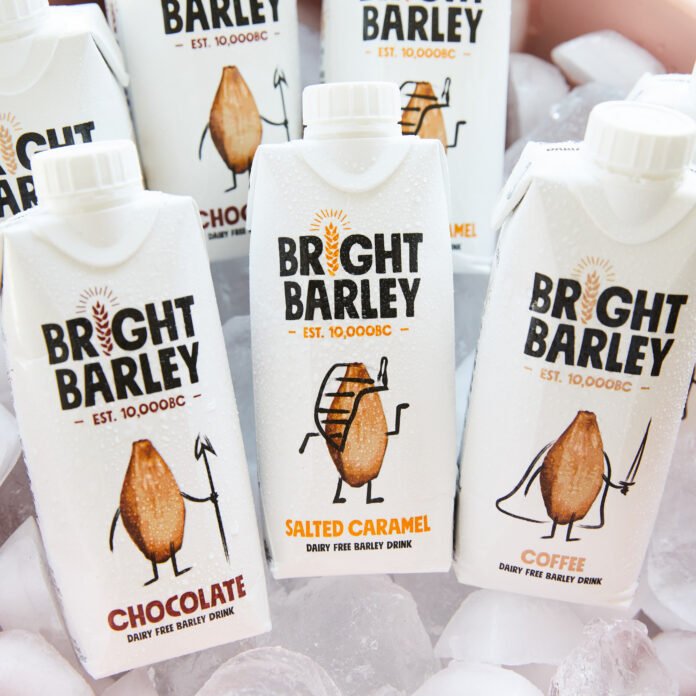 Bright Barley has launched the UK’s first alternative milk made from barley, with an inaugural range of three vegan shakes.

Developed by Jiali Jiang, an environmental policy graduate from Cambridge University, the 330ml-shakes are available in three flavours: chocolate, coffee and salted caramel. Priced at £1.69 apiece, these ready-to-drink milkshakes are made from all-natural ingredients (using locally-sourced barley), help boost fibre low in fat and control blood sugar levels, and are high in calcium with added vitamins D and B12.

Barley has a rich ancient history including the Greek, Roman and Egyptian civilisations, but had been largely replaced by wheat by the mid-19th century. Launched at the height of the UK’s coronavirus lockdown, Jiang began developing this drink in 2016.

She grew up near the Tibetan Plateau in China, where barley is a staple foodstuff. “When I came to the UK, I was amazed to discover that this delicious little grain, cultivated since the Iron Age, was now largely relegated to animal fodder,” she said. “Bright Barley is all about changing that.”

Jiang wanted to create a product that used ancient grains and organic ingredients, and had a strong environmental profile. While every plant-based milk is much more climate-friendly than cow’s milk, some alternatives still have relatively poorer environmental impacts. Barley, the world’s fourth-largest grain crop, is considered a potentially vital food to fight climate change. Bright Barley sources all their grain from the Cotswolds’ Shipton Mill, and barley flour from sustainable, organic farms in the UK.

Bright Barley shakes are available on the company’s website and select online markets, including Yumbles and The Food Market. More barley-based products are already in the pipeline, including the 1l regular and barista versions of barley milk.