It was in March 2020, when the US and most of the world was entering lockdown, that a few students from the University of California, Los Angeles established Bruins Opposing Speciesism. Several of its founding members were part of the institution’s vegan social clubs, but a greater need for animal rights advocacy led them to create an activist organisation.

Bruins Opposing Speciesism hopes to push UCLA and the world to apply existing knowledge about animal sentience to policies and practices, in an effort to achieve equality between human and nonhuman animals.

“This starts with educating the public and our institution of the atrocities committed against nonhuman animals, and why it is unjustifiable,” says Kris Chari, a business-economics major student and the group’s outreach head. “The need for change is urgent and important.”

Chari is one of the seven students that make up the organisation’s leadership team, who are part of a larger group of nearly 30 members. This quarter, Bruins Opposing Speciesism launched an internship programme, with eight mentors and fifteen interns focusing on six areas: events, food justice and equality, outreach, social media, sustainability, and writing.

“Our structure has shifted a bit over the past year, but we’re enjoying this format the best because it allows us to meet so many incredible students from across the world who are interested in animal advocacy in their own ways,” says Chari.

Among the activities Bruins Opposing Speciesism performs is running a budget-friendly cooking series with a vegan social club, a sustainability club, and UCLA’s Teaching Kitchen, working with university administration to promote plant-based food, collaborating with other bodies like UCLA Sustainability for social media series, and interviewing nurses, dietitians and activists on animal advocacy.

The group also hosts fundraisers, watch parties and giveaways as a means of community-building. “We aim to empower more student activists on- and off-campus through their passions for sustainability, inclusivity, and animal rights,” explains Chari. The internship programmes have attracted students from three continents, making for a tight-knit yet far-reaching community.

Despite being an animal rights activism group, being vegan isn’t a prerequisite. While veganism is a lifestyle the movement advocates for, the team wants to ensure it’s a safe space for anyone even slightly interested in animal rights, regardless of how they choose to eat.

“However,” notes Chari, “many people who join who are initially not vegan end up becoming vegan as they learn more about animal exploitation and veganism by participating.”

Bruins Opposing Speciesism is fighting for food justice, and plant-based diets are a big part of that. While Chari acknowledges that veganism has accessibility issues, it’s a situation the group wants to change. Its way of doing so is by securing hundreds of vegan donations to its food closet, expanding the number and quality of plant-based dishes at the university dining halls and highlighting the most accessible vegan ingredients at grocery stores.

Ultimately, Chari says he and his team are fighting for a world where no one participates in the “unnecessary suffering currently inflicted” on animals, the destruction of the environment, and the inefficient food production that causes food insecurity. 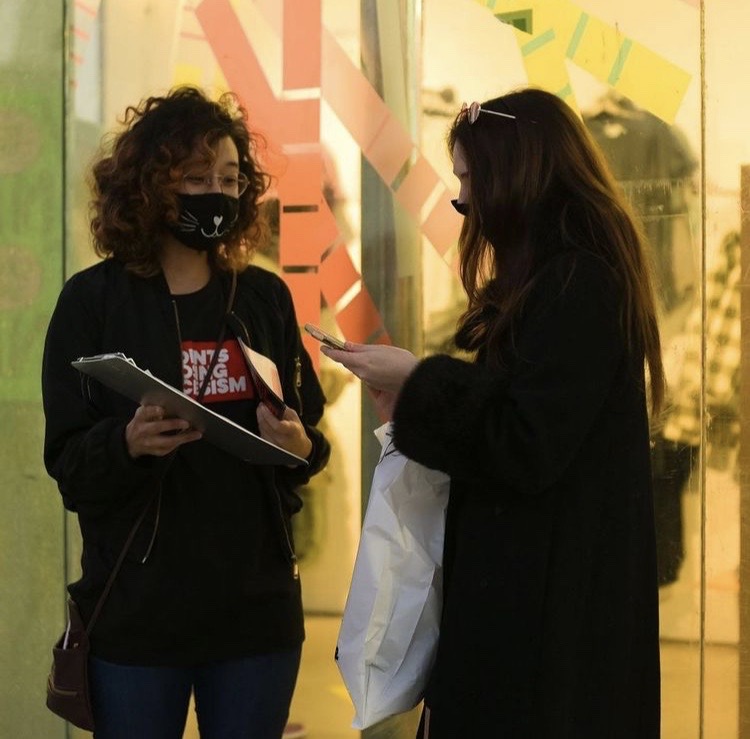 “We recognise that we are uniquely positioned as a student group to help evolve UCLA’s policies and promote plant-based foods across campus,” Chari says. “Several institutions use UCLA as a role model for dining and sustainability, including some we’ve spoken to in Canada, so hopefully changes we make here can influence institutions of all kinds globally.”

The majority of the response has been positive. “Many who were already familiar with the issues we fight for tell us they’ve still learned a lot from the content we make,” explains Chari, adding: “We do have some trolls and haters in our comments, but we honestly value our interactions with these people because it’s another opportunity to educate and share what’s really going on and do some myth-busting.”

How has UCLA received Bruins Opposing Speciesism’s efforts? Chari credits the university’s overall support, especially with UCLA Dining. “They’ve improved their menus substantially in terms of sustainability and accessibility and introduced a lot of signage we’ve asked for,” he says.

But surprisingly, he adds, UCLA’s Sustainability office hasn’t been as receptive: “They focus a lot on single-use plastics, which is great, but often at the expense of promoting sustainable foods.”

And while some professors, like Dr Jennifer Jay from the Department of Civil and Environmental Engineering, are passionate about food sustainability, Chari says most of the faculty have not been eager to discuss moves away from animal experimentation or exploitation industries. He calls it unsurprising: “These topics almost seem to be taboo in academic circles at UCLA. No one wants to discuss the realities of how we are treating animals trapped in industry.” 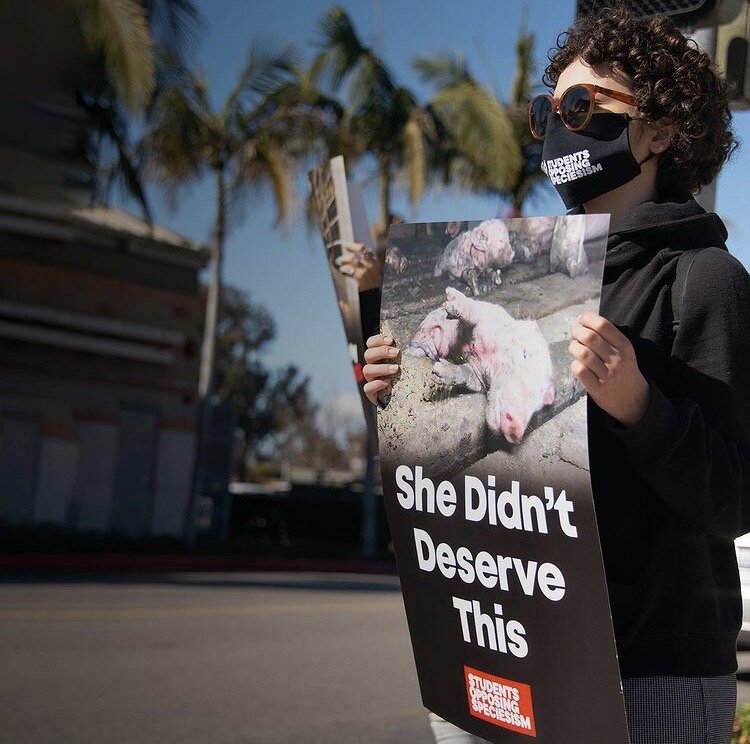 In the next quarter, Bruins Opposing Speciesism plans to push UCLA into carrying out several sustainable actions, like including an oat milk default, displaying plant-based options first at kiosks, and decreasing serving spoon sizes for animal-based ingredients. It will also work with the university to improve food literacy across campus.

“One idea that’s been on our radar is launching petitions and engaging the UCLA community in encouraging our campus to adopt plant-forward, food literacy-oriented policies and goals, like non-dairy and meatless defaults or animal treatment infographics at dining halls,” Chari tells me. “We’d also love to engage with local communities by organising ongoing volunteer events at local animal sanctuaries and having our own plant-based food closet.”

Within the next few years, the organisation hopes that UCLA adopts a plant-based default menu “at the very least”. “But if not,” Chari adds, “we are still going to be around to demand that our institution do better.”

Anay Mridul
Anay is journalism graduate from City, University of London, he was a barista for three years, and never shuts up about coffee. He's passionate about coffee, plant-based milk, cooking, eating, veganism, writing about all that, profiling people, and the Oxford Comma. Originally from India, he went vegan in 2020, after attempting (and failing) Veganuary. He believes being environmentally conscious is a basic responsibility, and veganism is the best thing you can do to battle climate change. He gets lost at Whole Foods sometimes.
Previous articleThe best vegan running shoes on the market
Next articleThe challenges of balancing veganism with food allergies and intolerances