Can cultured meat save animals and the planet? 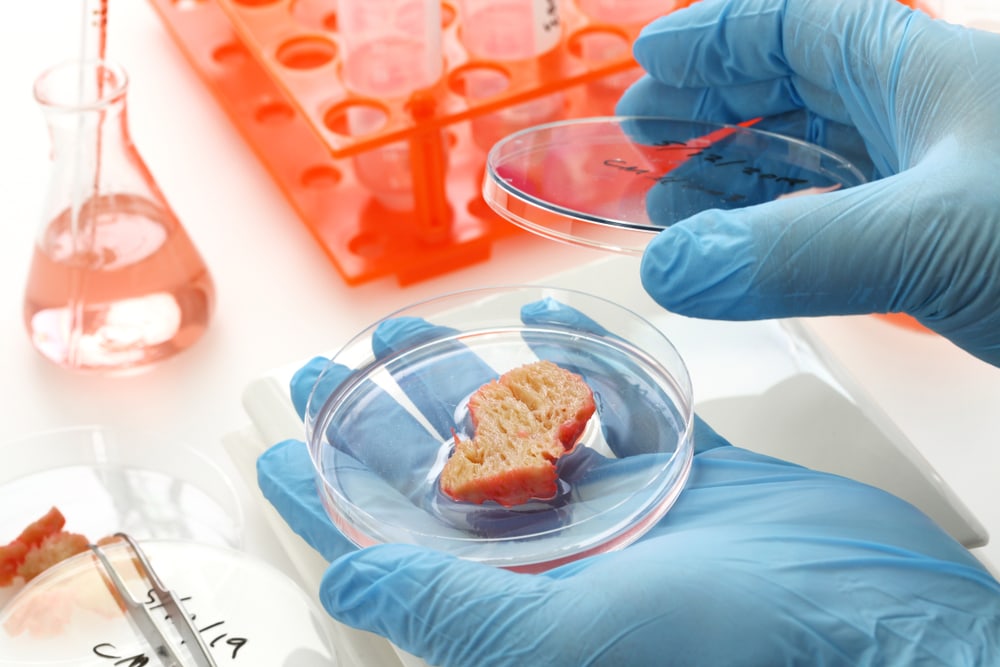 With cultured meat making headlines, what are its ethical issues and potential impact on animals, the planet and human health?

In early December, news of cultivated meat, produced in the US and approved for sale in Singapore, caused much excitement in the media. The chicken bites, grown in a bioreactor by Eat Just in California were welcomed as the start of a new era of cruelty-free, climate-friendly, healthy food. The edible animal tissue, produced without the need to kill, was feted as a possible answer to one of humankind’s biggest ethical questions.

With more than $16 billion invested in the industry, and products emerging from Japan, Israel, the Netherlands and others, the food could go from lab to deli in the next few years. But who is it aimed at, and how relevant is it to vegans, who are already surviving without consuming animal flesh?

Becki Calder-Flynn is the operations coordinator at Mosa Meat. Established in 2016 in Maastricht, the Dutch company made the world’s first cultured hamburger. “Our focus has been on improving the product and developing a scalable production process. Eventually, cultured meat should be less expensive than conventional meat because its production is more efficient,” she explains. “We aim to ultimately be competitive with meat currently in supermarkets. Our first items will be ground meat products, which account for approximately 50% of the total meat market.”

Calder-Flynn says the product is aimed at people who want to consume real meat without harming the environment or animals in the way meat production currently does. “Cultured meat does not require the inhumane treatment or slaughter of animals, nor does it have the same environmental impact as livestock meat.

“It could be acceptable to some vegetarians and vegans (who, if they consume it, may no longer be classified as such). Our real goal, however, is to provide sustainable and animal-friendly meat for the majority who currently eat meat, as this will have the greatest effect in reducing environmental damage and animal suffering.”

The biggest ethical problem with the product is the use of foetal bovine serum (FBS) as a growing medium for meat cells. FBS is taken from the blood of unborn calves removed from pregnant cows slaughtered in the meat and dairy industries. This liquid has been essential for the development of cultured meats. However, alternatives are now being developed.

Calder-Flynn adds: “At Mosa Meat, we don’t use FBS. It was very important to eliminate FBS as it’s incompatible with our animal welfare beliefs. It would be inherently unsustainable for our production process to rely on a product derived from the foetuses of slaughtered cows. Our Medium Optimisation Team have worked hard the past year and successfully removed the FBS from our medium.”

Animals are still needed as a source of cells. At Mosa Meats, a vet takes a tiny sample under local anaesthetic. “We carefully monitor the animals afterwards for discomfort and infection. If we can keep our donor animals healthy and in a spacious environment, we can ensure that they have a comfortable life.

“In theory, from a sample of less than one gram of muscle, we can produce 10,000 kilograms of beef, reaching a multiplication factor of 10 million. Translated into a reduction of cows, we would need only 150 cows to meet the entire world’s meat demand (the planet currently hosts roughly 1.5 billion cows). That is an unprecedented improvement to the current situation.” 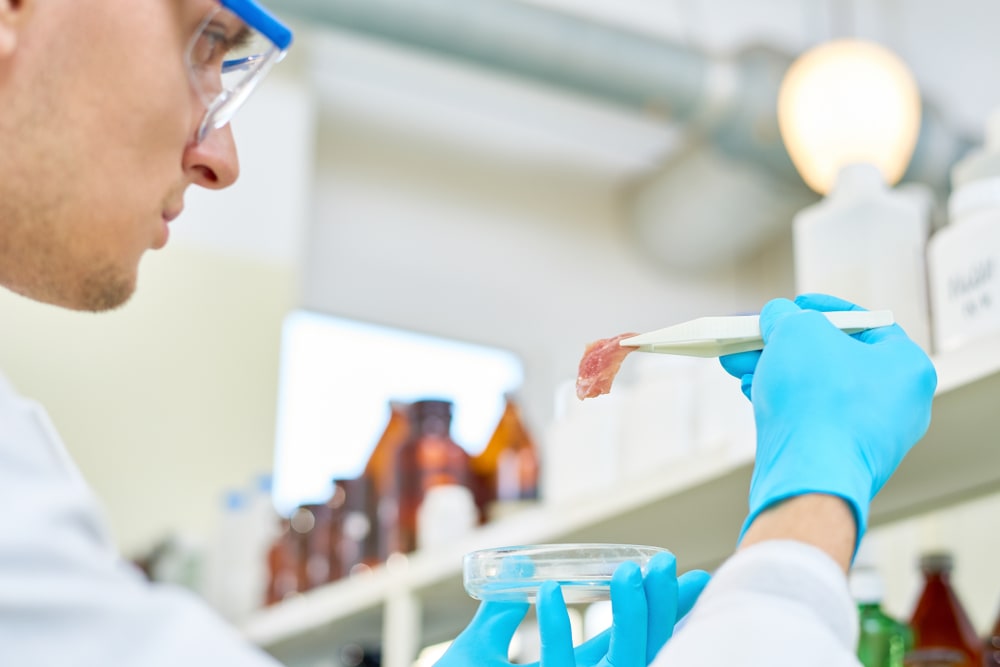 The Good Food Institute (GFI) is an NGO that promotes plant-based alternatives to animal products, and cultured meat. Sophie Armour, a spokesperson for GFI Europe, is optimistic about the benefits of both plant and cultured meats. “Making meat from plants and cultivating it from animal cells is fundamental to addressing climate change, improving public health and reducing animal suffering,” she says.

“Both plant-based and cultivated meat use dramatically less land, water and feed, and create far less pollution and climate emissions than conventional animal agriculture. Their production avoids faecal contamination, reducing the risk of foodborne diseases, and they’re made entirely without the use of antibiotics — helping to prevent deadly antibiotic resistance and preserve these life-saving medicines for our hospitals.

“It’s important to make both plant-based meat and cultured meat as delicious, affordable and accessible as possible, so that the default choice becomes a sustainable choice.”

But will cultured meat appeal to vegans? Sam Calvert of The Vegan Society says it is a difficult subject that will cause a lot of debate. “We welcome the likely reduction in animal suffering, but we are not promoting the product. It is very difficult to argue that the sum total of suffering won’t be reduced — of course it will be.

“Assuming there is a plant-based growth serum, you are only taking cells from a small number of animals, the technology is widely used and the bulk of the population is eating cultured meat instead of slaughterhouse meat, then it could have potential to greatly reduce the number of animals that are bred, kept in factory farms and the number of animals that are slaughtered for food. But as the technology stands, it uses animal cells, so it exploits animals. The animals have not consented to their cells being taken.”

She looks to the definition of veganism, as outlined by her organisation: “[It] is living without the use of animals, as far as possible and practicable, and this product is not vegan. If vegans miss the taste of meat, there are plenty of alternatives such as seitan, mycoprotein, TVP, jackfruit and others. These alternatives have improved enormously in recent years in terms of giving people the taste, texture and mouthfeel of meat.”

While cultured meat is unlikely to hit the shops for several years, sales of plant-based meat alternatives have skyrocketed. With 600,000 people in the UK, and 9.6 million in the US, calling themselves vegan, the demand for innovative products is set to grow.

One new arrival is VFC, or Vegan Fried Chick*n, created by Veganuary founder Matthew Glover and restaurateur Adam Lyons. VFC is made from wheat protein and soya, and is said to look, taste and pull apart just like its animal-based counterpart.

Glover believes cultivated meat will be an interesting player in the future, but for now, there are some great plant-meats to try: “Cultivated meat has huge potential to ultimately replace conventional meat with a cleaner, kinder and more sustainable alternative. But we’re a way off seeing cultivated meat in supermarkets and restaurants.

“In the meantime, plant-based meats are getting better by the day, and our VFC range is close to the taste and texture of conventional fried chicken. It will be interesting to see how this plays out, but I see a role for both plant-based and cultivated meat.”

Alice Grahame
Previous articleGrumpy Vegan Grandad: ‘Even at 53, you can look good’
Next articleOne-in-a-million vegan Cbeebies star Angharad Rhodes: ‘There really are no downsides’