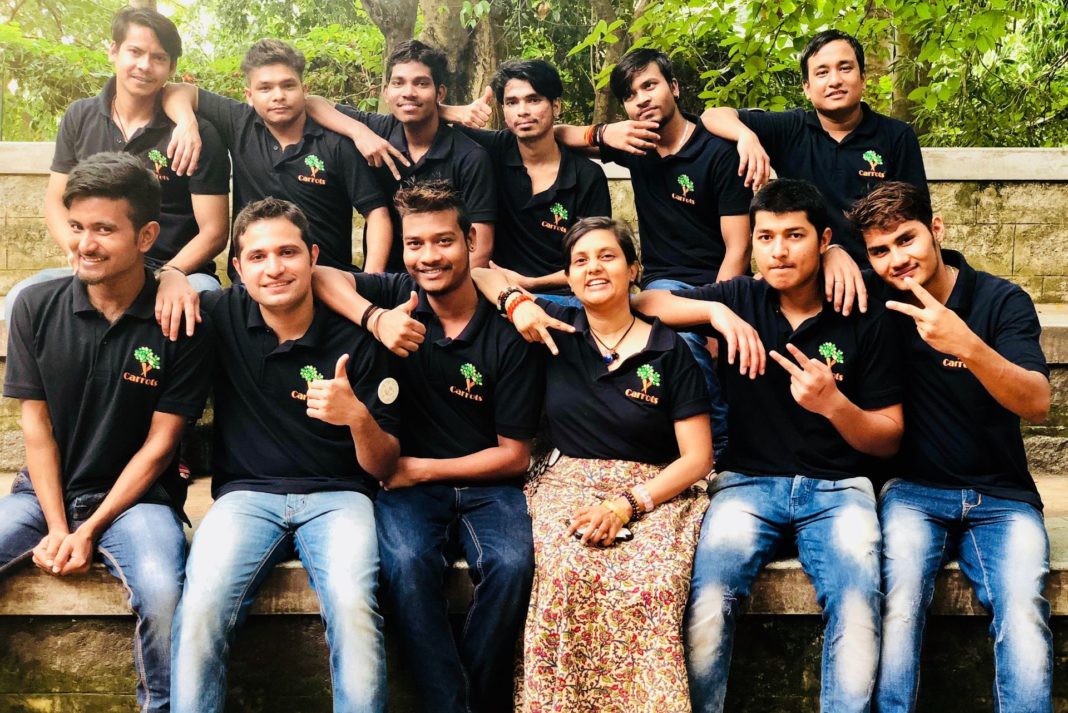 Eight years after introducing vegan food to the Indian restaurant scene, Carrots is closing down. Co-owner Susmitha Subbaraju reflects on its success and future.

In February 2013, a new cafe opened in Bengaluru’s thriving Koramangala neighbourhood. It announced itself to the metropolis as the first fully vegan restaurant in India, a country with predominantly meat and dairy-heavy cuisines.

In late 2014, it saw a change in ownership, with a former regular customer taking over the reins.

In March last year, months after projecting 2020 to be its best year on record, the eatery shut its doors as the nation and the world into lockdown.

Now, in January 2021, Carrots is closing down for good.

It’s an unfortunate end for a promising business. Eight years after opening India’s eyes to plant-based food and developing a tight-knit community of collaboration and discourse, the vegan pioneer is shutting down.

Susmitha Subbaraju, the former customer-turned-co-owner, reflects on the current situation by shedding light on Carrots’s past trials. “We started way ahead of the curve, and so the first three years were a real struggle,” she tells me, explaining that the idea of eating healthy, let alone vegan, at a restaurant was foreign to most. But as Bengaluru’s food culture took a turn in the last three or four years, so did the eatery’s fortunes.

With gradual word-of-mouth awareness, Carrots managed to normalise perception, showcasing “vegan food as a cuisine in its own right among vegetarians and non-vegetarians”. That helped build a strong foundation for other plant-based businesses to open across the country.

“Over the years, many people have turned vegan after a dining experience at Carrots,” Subbaraju says, now an 18-year-strong vegan herself. Having run Veganosaurus, a recipe blog, and taught vegan cooking classes to chefs and home cooks, she was an “enthusiastic guest” when Carrots first opened. That interest led her to become a partner of the restaurant within a year, when she developed recipes and curated the restaurant’s menu. Soon after, she found herself running all the ground-level operations as owner, after the original founder Krishna Shastry relocated outside India. 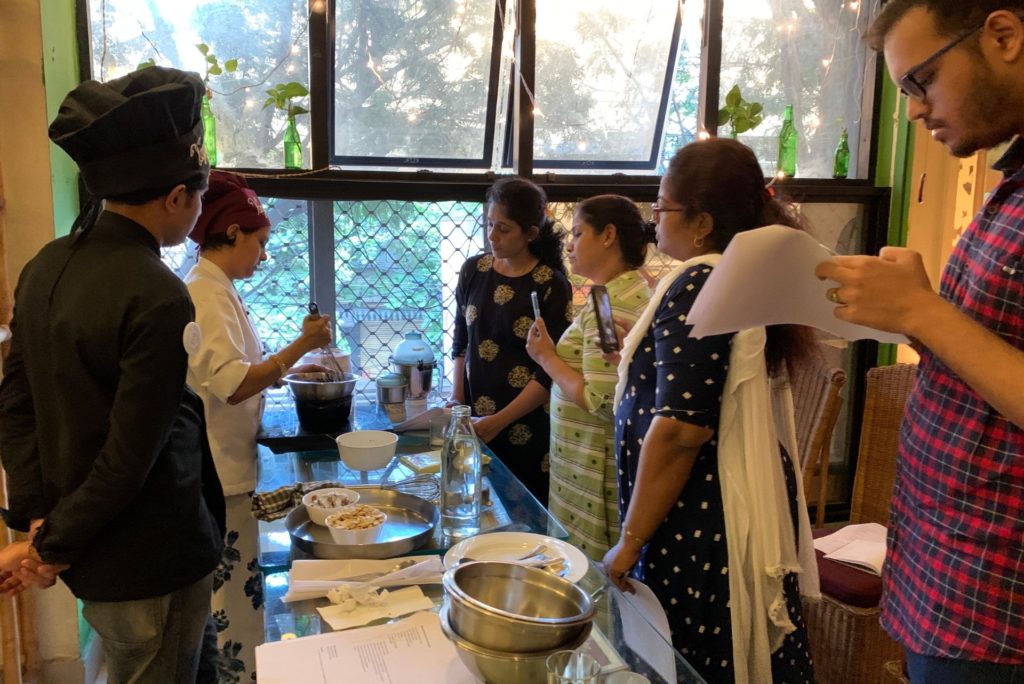 It’s been full steam ahead since then, with Subbaraju finding a co-owner in Ram Khatiwada, who started as a bakery chef before being promoted to head chef, then manager, and finally co-owner. Subbaraju calls him one of Carrots’s biggest pillars of growth. “He turned vegan after a couple of years of working here and cultivated a greater passion for the restaurant and everything we stand for.”

Together, they created a menu that screamed local and accessible. Pesto grilled tofu, seitan sloppy joes, millet burritos, vegan tiramisu and a whole raw food section: Carrots’s offerings all stemmed from “whatever ingredients we needed without having to depend on anyone to source them for us” and in-house staples like alt-milks, breads and desserts from scratch.

With time, the team managed to cultivate a welcoming atmosphere without judgement, and, in turn, its customers reciprocated that. And now, the restaurant has reached a bittersweet climax.

The hospitality industry has become a major casualty in the wake of the pandemic, with thousands of businesses permanently closing down. Unfortunately for Subbaraju and her team, Carrots is one of them. While the eatery was closed for dine-in services in the March lockdown, it was running as a cloud kitchen to provide vegan food delivery.

But even as restrictions lifted, the leadership team felt uncomfortable exposing staff and customers to the coronavirus and decided to continue running as a virtual kitchen. They were also teaching online classes for vegan cooking. However, they soon realised that the only way to financially sustain the business was having a physical space.

“A large part of the appeal of Carrots depended on people being physically present at our restaurant and experiencing [it for themselves]. Though our food was much loved, it was only one part of what we meant to people,” explains Subbaraju. Bengaluru having a large floating population, many of the cafe’s regulars went home during the pandemic and most haven’t returned yet. 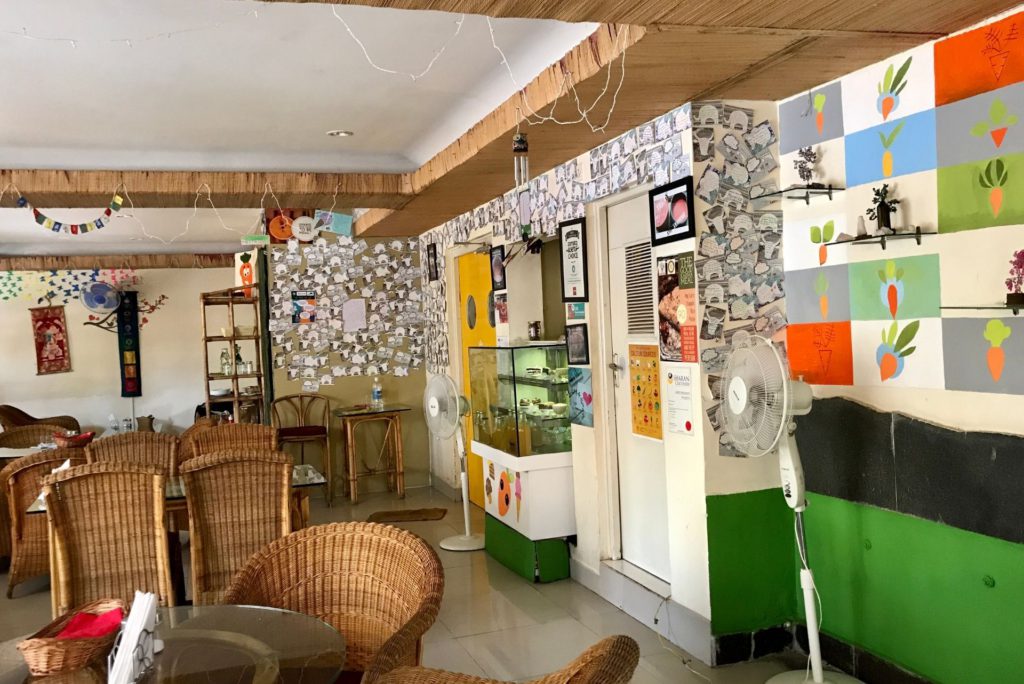 She adds that there was a similar issue with the staff. “A few months into the pandemic, most of the gang had to go back to their families and it was not easy for us to say goodbye not knowing if or when we’d meet again,” she recalls. “It was very demotivating for those of us who stayed behind and continued to run the kitchen.”

A year that began as its most promising yet, thanks to its dining experience, classes, events and training programmes, ended with the restaurant on the brink of closure. It’s hard for Subbaraju to let go, but she’s looking forward to taking a break and later resuming the vegan culinary training sessions she runs with Khatiwada. They also offer consultation services for recipe development, menu curation and staff training for vegan businesses.

“A big part of Carrots has been to support small upcoming vegan businesses and also vegan activism, in different ways. That is something we will keep doing online,” promises Subbaraju. She doesn’t have any plans to reopen the kitchen or restaurant itself; 2020 has taught her, like most of us, that life is “absolutely unpredictable”.

“Instead of making any long-term plans and promises, we’ll just go with the flow,” she says. “We believe that without the pressure to fulfill fixed monthly overheads, our creativity will have the space to blossom now like never before.”

Anay Mridul
Anay is journalism graduate from City, University of London, he was a barista for three years, and never shuts up about coffee. He's passionate about coffee, plant-based milk, cooking, eating, veganism, writing about all that, profiling people, and the Oxford Comma. Originally from India, he went vegan in 2020, after attempting (and failing) Veganuary. He believes being environmentally conscious is a basic responsibility, and veganism is the best thing you can do to battle climate change. He gets lost at Whole Foods sometimes.
Previous articleOver half of Brits would swap meat meals with plant-based alternatives, shows study
Next article10 of the best vegan immune system booster foods