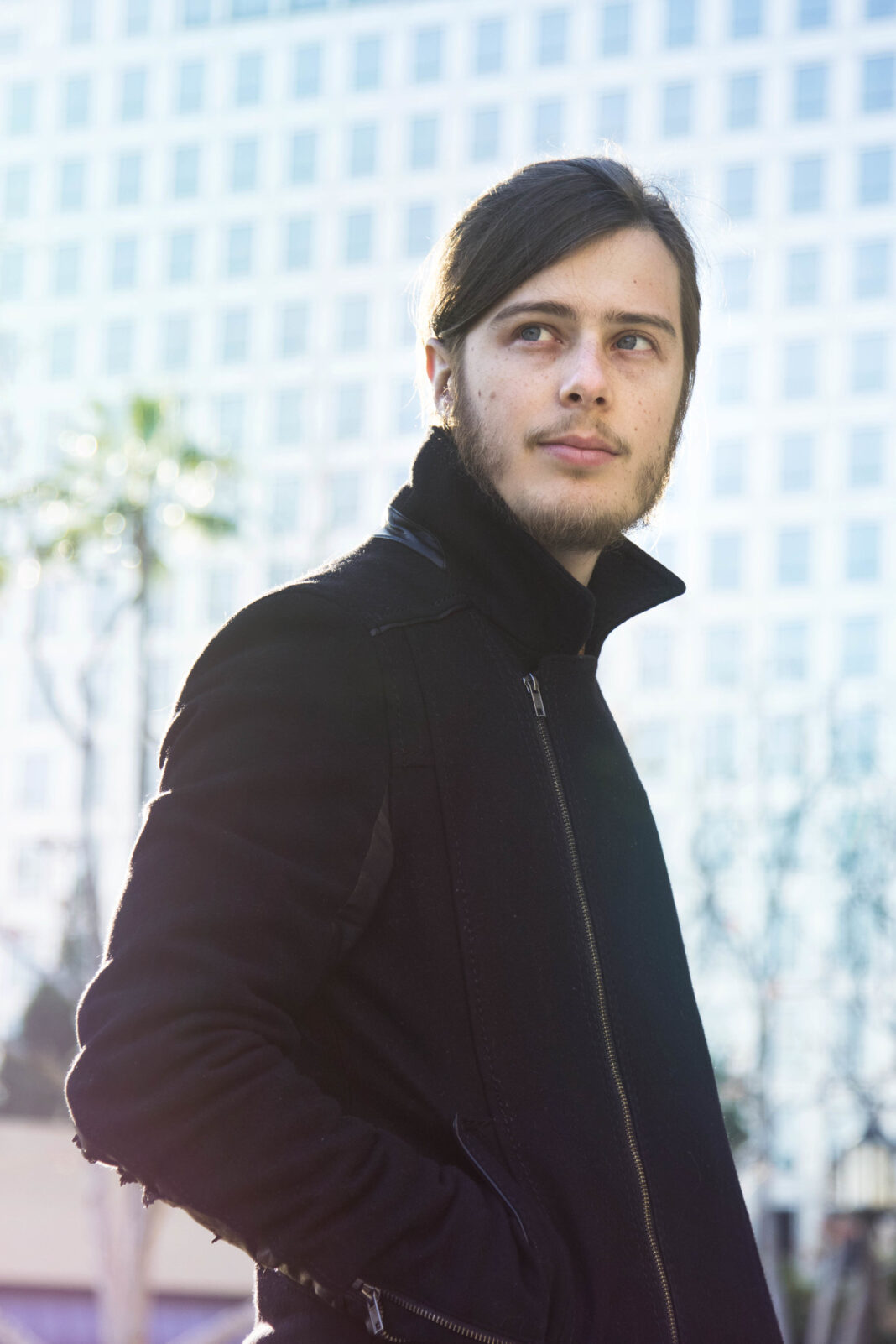 Dustin Brown, the director of Case de Carne, talks about his multiple roles, his production company’s inspirations, and artivism.

The world’s growing penchant for meat has invoked activism for veganism and sustainability. The fight for sustainability and our planet’s longevity comes in many forms, one of which is artivism. The combination of art and activism has always been an impactful way to spread a message. It provides a form of catharsis for the creator while provoking thought amongst the audience.

Veganism has long been advocated for by artists through vegan poetry, short films, art, and other creative means. Dustin Brown is one of these artists. He is a director, writer and film editor, and has founded a social impact production company called Dustin Todd Films, which creates socially conscious stories. The stories come in the forms of films, music videos, commercials, and much more.

In a lot of ways, art may be the best way to engage in activism or promote socially conscious messages. It provokes thought in a medium people enjoy, is able to draw people to the message it is trying to communicate, and is often very impactful in the ways that art evokes emotion. Also, in the world of social media, art can be easily shared, viewed, and published, and in this way, a larger audience can be reached.

The company has made numerous short films that aim to instil a sense of social responsibility amongst its audience. Films like Solidarity, Clarity, Desert Bloom, Becoming and many more, have won Brown many awards and recognition within the industry. He often collaborates with non-profit organisations in their campaigns for social awareness through short films.

One such collaboration was with Last Chance for Animals (LCA), an organisation dedicated to “eliminating animal exploitation through education, investigations, legislation, and media attention”. For the LCA campaign, Dustin Todd Films produced Casa de Carne, a short film asking one fundamental question: if we cannot kill the animal ourselves or watch it be killed, then why consume it?

Read our story on how Casa de Carne leaves you wanting a kinder world.

Casa de Carne was a highly successful campaign that won first place in the Tarshis Short Film award, best short film at the International Vegan Film festival, and Gold Telly Award for social responsibility. Brown and his production company are a wonderful example of what socially conscious art should be, and his films, such as Casa De Carne, demonstrate the impact that artivism can have on issues in the world today. Brown talks about the short film, his inspirations behind his company, and his work as a director, writer and film editor.

What inspired you to start Dustin Todd Films?

I started my production company Dustin Todd Films in 2007 just as I was graduating high school. I’m driven to tell stories that shine a light on issues and ideas and characters that I feel are often lacking in mainstream cinema. That’s why Dustin Todd Films was born, to produce impact-driven auteur content that can emotionally engage and inspire audiences to create change.

Why do you make short films?

In this age of social media and finite attention spans, shorts and PSAs are a great way to connect with audiences. You usually only have a few seconds — maybe 30 seconds — to grab someone’s attention online before they move on to something else. So a short like Casa de Carne is designed to grab your attention immediately, and it’s easily shareable, yet still emotionally engaging and thought-provoking.

What does Casa de Carne represent to you and what do you want this film to ultimately achieve?

I was fascinated by the question: “Could you kill your food?” If you had to kill the animal personally before you could eat a steak or a burger, would you do it? If a restaurant like that really existed, what would it be like?

Those kinds of questions led me to create Casa de Carne, a restaurant experience in the not-so-distant, dark future, where customers get to kill the animal they order. This is actually not so far-fetched, as there are already restaurants and hotels that let guests hunt and kill their dinner, and the restaurant will cook it for them.

Among my favourite shows are The Twilight Zone and its modern iteration Black Mirror. I knew I wanted to do something in that vein, using sci-fi to create socially conscious cinema. I also wanted it to be grounded in character. So I thought following someone who’s going to the restaurant for the first time would put the audience into his point of view, and we’d be along for the ride. After that, ultimately, it’s up to the audience to draw their own conclusions.

As a director, film editor and writer, which role do you find the most challenging?

I find writing the most challenging. Directing and editing come more naturally to me. Usually, the idea for a film comes from images in my head. For example, Casa de Carne began with the image of someone being handed a knife and sent into a room where they’re face-to-face with their dinner. I’m always looking for striking images like that to jump-start the creative process. Then the challenge of translating what’s in my head to words on a page begins.