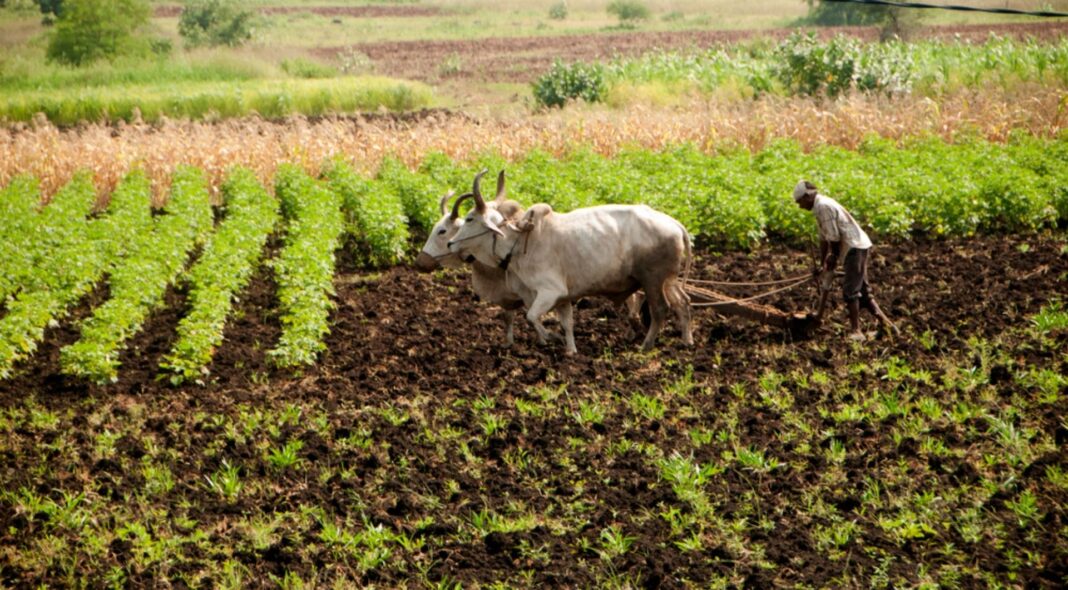 A look into the dairy and beef industries in India, exploring the ban on beef, the popularity of milk, and cattle farming practices in the country.

Known for their primarily agrarian economies, the global South is home to several nations that have accelerated their cattle farming in the contemporary past. With the advent of industrialised farming techniques to enhance productivity at the cost of ethical and sustainable rearing practices, developing nations have capitalised on the highly lucrative sector, and India is no exception.

With the dairy industry contributing 26% towards the agriculture GDP of the country, milk and other value-added dairy products have seemingly become an indelible part of the local food culture. RS Sodhi, managing director of the Indian giant Amul, commented in 2017:

“India’s decadal milk production growth, pegged at 4.8% CAGR, is twice that of global milk production, which is growing at 1.8% CAGR. In the past five years, this has improved even more to 5.4% CAGR… [Milk] is the largest crop in India in terms of value; it’s valued at around Rs 6.5 lakh crore [£66.7 billion], which is more than the total value of paddy and wheat put together.”

As a result of its profitability, the dairy industry is also a rural employment generator in the Indian economy, with over 60 million rural households engaged in the activity — most of whom are small farmers and landless daily wage-earners. To put these figures in context, it employs more people than the IT sector in the country, especially in more rural areas where IT is not popular at present.

Today, India is the world’s largest producer of milk and is key to the supply chains of its milk-deficient neighbours, which makes the industry culturally and economically vital.

Although counterintuitive at first glance, India is the second-largest beef exporter in the world. Prior to the 2014-elected Hindu nationalist BJP government, India was the world’s largest beef exporter. According to a Human Rights Watch report, it exports $4 billion (£3.1 billion) worth buffalo meat per year. This has, however, reduced since BJP’s introduction of the Hindutva policies in Uttar Pradesh, the leading beef producing state.

Although cow slaughter is prohibited by law, production of buffalo meat, or carabeef, is legal. Given the strict halal slaughter norms in the country, carabeef produced in India is popular amongst Muslim nations in North Africa and West and Southeast Asia. Since farmers in India reap several gains from their cattle apart from simply meat production, they are better equipped to handle costs, making their meat up to 20% cheaper and adding to its popularity in markets across the globe.

India is aiming to extend this export network to China and the European Union, but fails to meet essential sanitary standards so far. The high ratio of foot and mouth diseases in the Indian cattle population is a cause for concern for which the government is spearheading vaccination programmes with a budget upwards of $1.5 billion (£1.2 billion). The BJP government’s cultural stress on cow slaughter is strategically decoupled from carabeef exports, which is placed at a high economic value in the present day.

How does cattle farming fare in the midst of this large scale production network in India? As demand for meat and dairy increases by the day, producers switch to a strategy of rampant artificial insemination, genetic modification and male population control to cater to market needs while maximising profit. Masquerading this as a food security measure, the government has turned a blind eye to or blatantly sanctioned horrific practices with regards to the treatment of the livestock, such as separation of calves from their mothers to preserve milk, injecting oxytocin to pregnant cows to enhance production at the cost of the calves’ well-being, and purposeless slaughtering of male livestock.

In most slaughterhouses, the animal is hit hard with a sledgehammer, the jugular vein is slit, and the animal is skinned alive. Many a time, the animals do not die, immediately making this practice severely inhumane.

Parag Dass
Parag is a Political Science student at the University of Amsterdam's Liberal Arts College, with a newfound interest in plant-based living and its surrounding politics. He enjoys chai, and these days takes it with oat milk.
Previous articleNot just falafel: 7 traditional Middle Eastern dishes that are vegan
Next articleThe Ultimate Guide to veganism in Pakistan