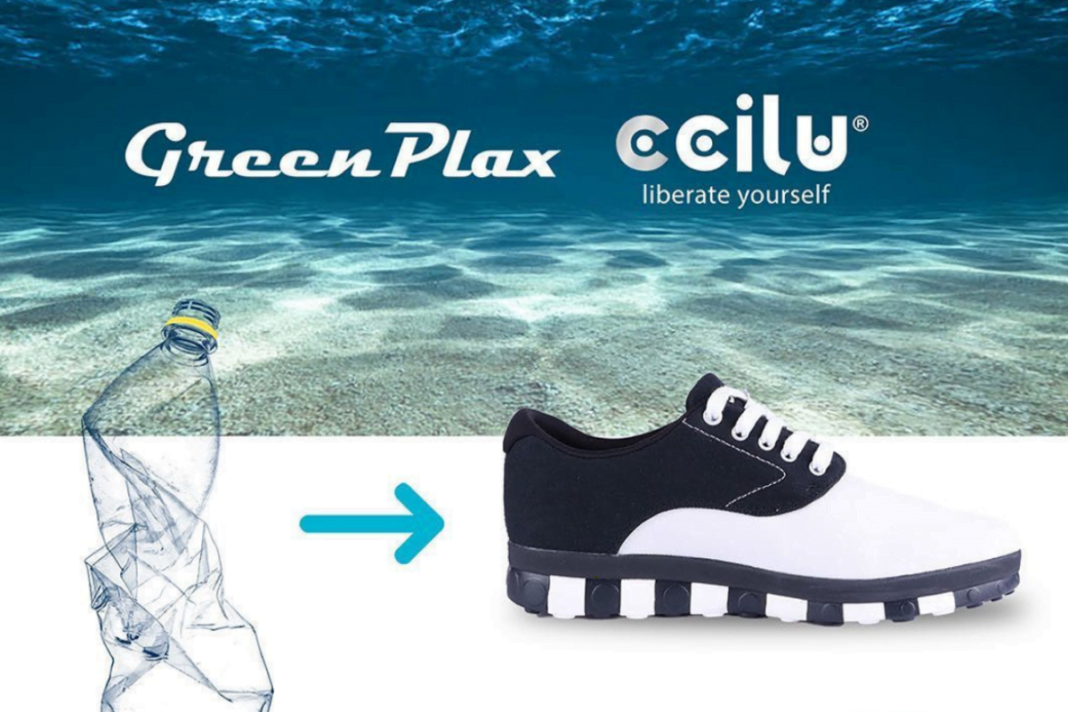 Sneaker brand Ccilu Footwear have made their Autumn 2020 debut by showcasing the world’s first shoes primarily made with plastic found and collected from the ocean.

Respectfully named ‘GreenPlax®’, the shoes are vegan certified by PETA and are sustainably manufactured. The company revealed that it takes 15 ocean plastic bottles to produce one pair of GreenPlax® shoes.

Ccilu talks about how there is ‘a problem’ surrounding the oceans as only 4% of plastic water bottles are properly recycled, while the rest most likely end up in the oceans, which not only pollutes it but also threatens wildlife as well. With this in mind, the company decided to ‘react immediately’, and after five years of endeavouring, the shoes are born.

One pair of GreenPlax® Renee sneakers upcycles 15 plastic bottles on an average. We’re throwing away one million plastic bottles every minute of the day, end up polluting the ocean. It will take up to a thousand years for the bottles to be decomposed. Through GreenPlax® award-winning revolutionary technology, Ccilu is upcycling ocean plastic and turns them into high-performance material for every major component of the shoes – upper, insole, and outsole. Sign up 👉🏻 https://www.ccilu.com/greenplax/ to enjoy early bird discount for the launch next week. #greenplax #veganshoes #sustainablefashion #ecoshoes #breathableshoes #stainresistant #odorfree #odorfreeshoes #waterrepellent #ecogreen #launchingsoon

Combined with the company’s award-winning signature SKIVE-ON® technology, the shoes are made by cleaning, drying, grinding, sifting and pelleting collected ocean plastics, through the patented process. This then creates a ready-to-export, concentrate masterbatch of either fabric or sole material, which is then sent to factories around the works to cultivate the final product.

GreenPlax® technology allows the plastic to be used for the major components of the shoes being the upper, insole and outsole – and the bottles are also made into thread. The shoes are what the company calls ‘the most versatile sneaker on the planet and include ‘unparalleled features’ such as odour control, superlight, great grip, dirt proof, water repellent, UV Protection, flexible, moisture-wicking and fast drying. 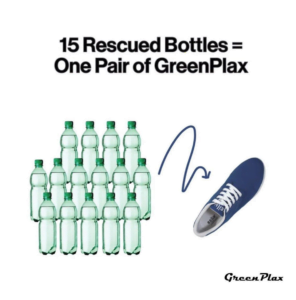 The company have set out primary objectives which consist of minimising the number of plastics dumped in the ocean, reducing human’s regular ingestion of microplastics from the ocean and embracing circular economy by up-cycling ocean plastics and turn it into high-performance footwear material. They also aim to reduce petroleum consumption and carbon footprint that is generated from the footwear industry by at least 30%. Ccilu will do this by replacing standard footwear material that is petro-based, with GreenPlax® instead.

The shoes will first be launched at Kickstarter to ‘embrace the spirits of entrepreneurship’, with Funded Today and will then move to its own platform.

Anam Alam
Anam is a freelance writer for The Vegan Review and a student studying journalism. She is a passionate writer who possesses a range of skills ranging from audio, video, editorial and creative writing. Her goal is to educate the public and the world with stories that she feels need to be talked more about in society.
Previous articleHalo Burger Partners With Vegan Ice Cream DÁPPA
Next articleWho Is Animal Activist And Ethical Vegan Joaquin Phoenix?