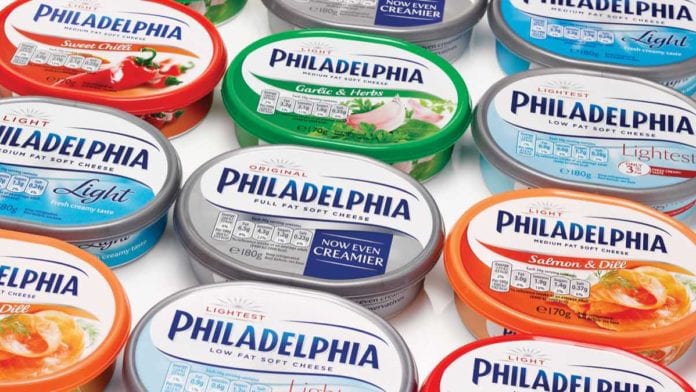 Philadelphia, the cheese manufacturing giant famous for its range of soft cream cheeses, have been rumoured to be creating a vegan range of cheeses.

This comes from Vegan Food UK, which is an online organization that share vegan food, news, reviews, vlogs, and more.

Vegan Food UK told it’s over 119,000 followers in a post on Instagram that ‘a plant-based range of cheeses could be on its way’ from the dairy giant’,  and asked its followers if they would like to see the product on shelves.

“So it turns out that Philadelphia has been doing online surveys to see if people want to see it do vegan cheeses,” said the group. “We know Philadelphia may be watching this post now, and we say ‘yes definitely!’.

“It went well for companies like Applewood and we are sure it will for you too. Vegan cheese is ‘grate’ but can always be better. And we love a soft dairy-free cheese on a bagel. Can we just give a quick shout out to @nushfoods who make the tastiest vegan cream cheese.”

In response to the post, comments showed consistent enthusiasm for a new range of vegan cheeses from Philadelphia. Although some fans did express a lack of interest in another coconut-based vegan cheese.

One said: “It would be great but companies need to stop producing cheese whose main ingredient is coconut oil. The after taste is honestly terrible.”

Another added: “Yes, but not coconut based! To me the vegan cheeses that taste the best are the ones with a more neutral base – all I taste is coconut otherwise.”

Most plant-based cheeses are created with coconuts. Which doesn’t quite sit well with some consumers as seen above. But companies are trying to create plant-based products with alternative methods that make it behave and taste like their animal-based counterparts.

There is no further official word from Philadelphia on this new range of vegan cheese. But let’s hope Philadelphia makes something that their fans will love.