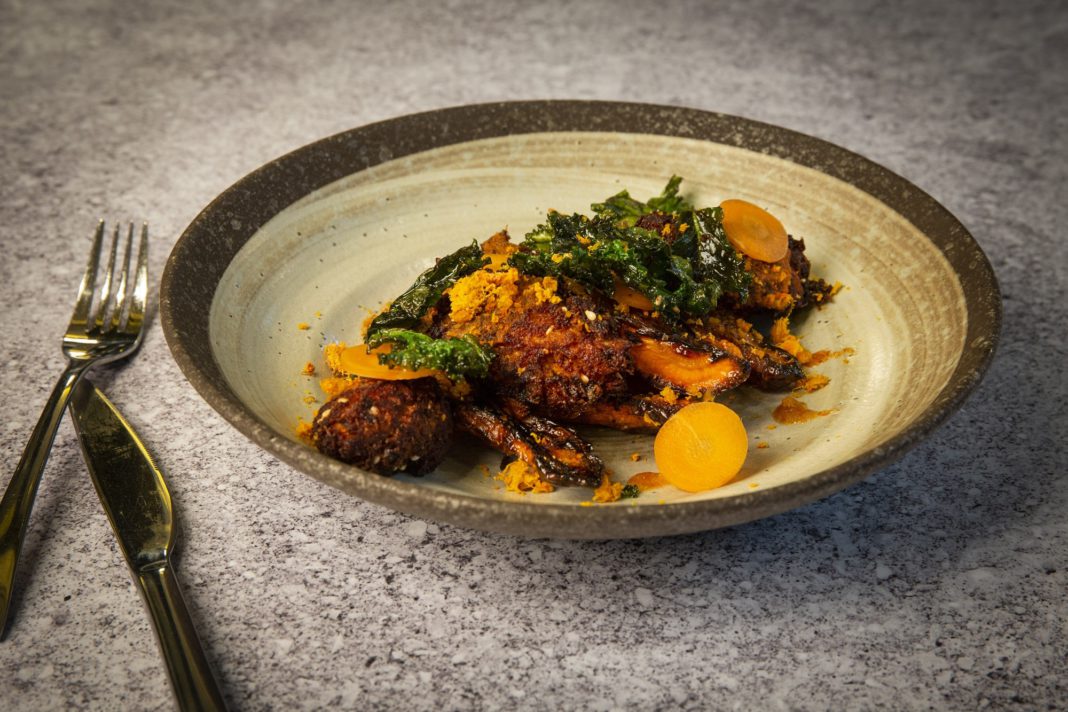 Behind those vegan plates we love is a chef who conceptualised it. Plant-based food is on the rise and cooking schools are adapting to it.

Start with a spinach, cheese and Quorn empanada. Follow that with meatless croquettes with a vinaigrette sauce as your main. End it with a pistachio mousse with vegan chocolate ice cream and a fine layer of radish crème to boot. After that, you’d probably either like a coffee or want to go straight to bed.

This is something we can see on the menus in some high-quality restaurants, and soon it won’t be anything out of the ordinary. In cooking schools’ curriculum, plant-based dishes are getting momentum, and their graduates will be the chefs preparing our menus in the near future.

There has been a huge shift in food habits. Alongside other reasons, people have realised how big the impact of the way we eat is. And this is something the industry is adapting to from the phase of educating future master chefs.

Veet’s Vegan Cooking School is one of the examples of up and coming schools focused on plant-based diets. Its founder, Veet Karen, explains that people are discovering new flavours in vegetables: “Apart from replicating tastes of animal products, vegetables come in their own especially when paired with a whole food ingredient like legumes, grains and seeds. It has become more than just a side.”

In the UK, HIT Training teamed up with meat-free giant Quorn to launch a plant-based training program for chefs. Paul Mannering, principal at of the HIT Chef Academy, says: “We launched the HIT Chef Academy as an additional training opportunity for the chef apprentices we work with across the country.” 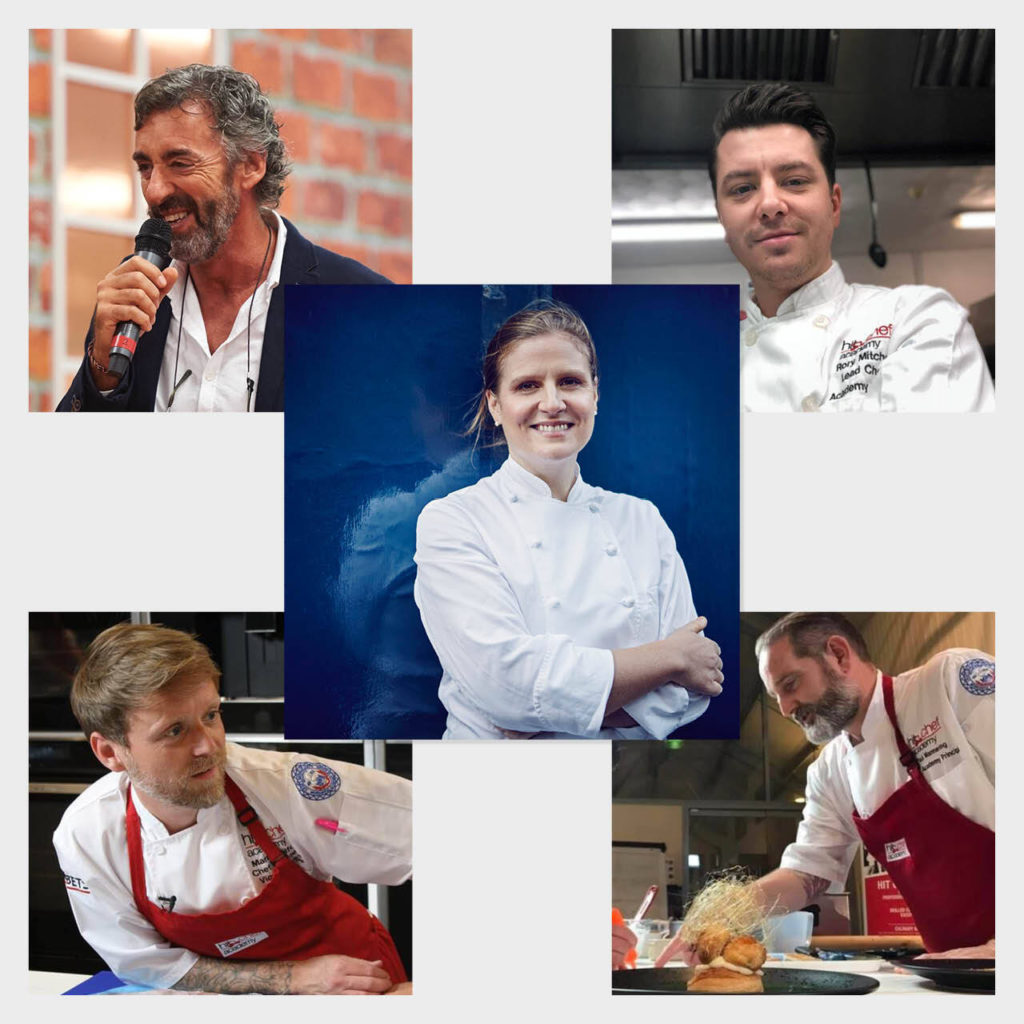 Consumer preferences have shifted towards more sustainable options when they sit at the table, and restaurants know it. Whether consumers follow a meat-free diet or not, according to a recent poll, 25% of them believe it is important that meals do not contain much meat.

Mark Belford, vice-principal chef at HIT Training, explained: “My whole process is not neglecting this part of the cuisine. I apply all the training I have.”

Chefs are always trying to innovate and provide new experiences through flavours, textures, even colours. For some traditional chefs, vegetables are something to add on the plate, as a side to the main. However, they have gained relevance on menus and every day, more restaurants highlight their vegan options.

Here’s something inspiring: back in 2018, 92% of plant-based meals consumed in the UK were consumed by non-vegans. That opens the door to flexitarians, those who, although being mainly vegetarian, occasionally may consume meat or fish.

New brands come up regularly with plant-based alternatives to meat. The category even has its own certification programme. Quorn developed the fungal protein, mycoprotein, to meet the nutritional standards of even high-intensity sports. It also collaborated with Liverpool FC to challenge its fans to go meatless on match days, as part of its Help the Planet One Match at a Time campaign.

Meatless product dishes have proven as versatile, healthy and tasty as other regular meat recipes. However, there are some more traditional chefs who can be harder to convince that it is possible to create an excellent dish without any animal products. Chef Belford asks them to give it a try: “My advice would be to embrace it. We [chefs] are curious creatures. We love food, and we should love to educate ourselves. This is the reason I’m in this industry. Every day, I learn.”

The cherry on top, at the end of the meal — or at any time, actually — is a sweet bite; but many times, desserts have animal products like eggs, milk or even pork gelatine. Thankfully, there are some exciting vegan-friendly alternatives. Jessica Hannah recently opened a vegan doughnut shop. She has been working in the hospitality sector since she was a teenager, and she has seen how the vegan acceptance has changed in the kitchens: “I’ve noticed a real shift in people’s attitude in the 15 years I’ve been in and out of kitchens.”

She adds: “My first boss was a big meat-eater, very dismissive of vegetarians and vegans — he now runs a pub that hosts a popular and delicious weekly vegan night.”
She has followed a sustainable diet for a long time. Now, she uses just plant-based ingredients in her recipes such as aquafaba, coconut butter, apple cider vinegar and different plant-based milks. “I love playing with the idea that people think vegan food is boring.”

She shows me her creme egg doughnut: “I like to smash people’s preconceptions that you can’t have a treat and follow a vegan lifestyle.” Because of course you can. And chefs and the hospitality business are working on it.

Juanele Villanueva
Juanele Villanueva is a freelance journalist passionated with Environment Affairs. He is originally from Spain and started to be interested in the Environment and sustainability when he was in his masters at the University of Salford. His goal is to share stories which change the general belief that being eco-friendly is just for wealthy people. Moreover, the vegan diet is the easiest step that everyone can do to reduce its environmental footprint. He is also interested in conservationism, recycling, renewable energies and environmental policies
Previous articleVegan doctors launch medical service Plant Based Health Online
Next articlePlant-based diets the ‘least favourite solution to climate change’, reveals UN poll